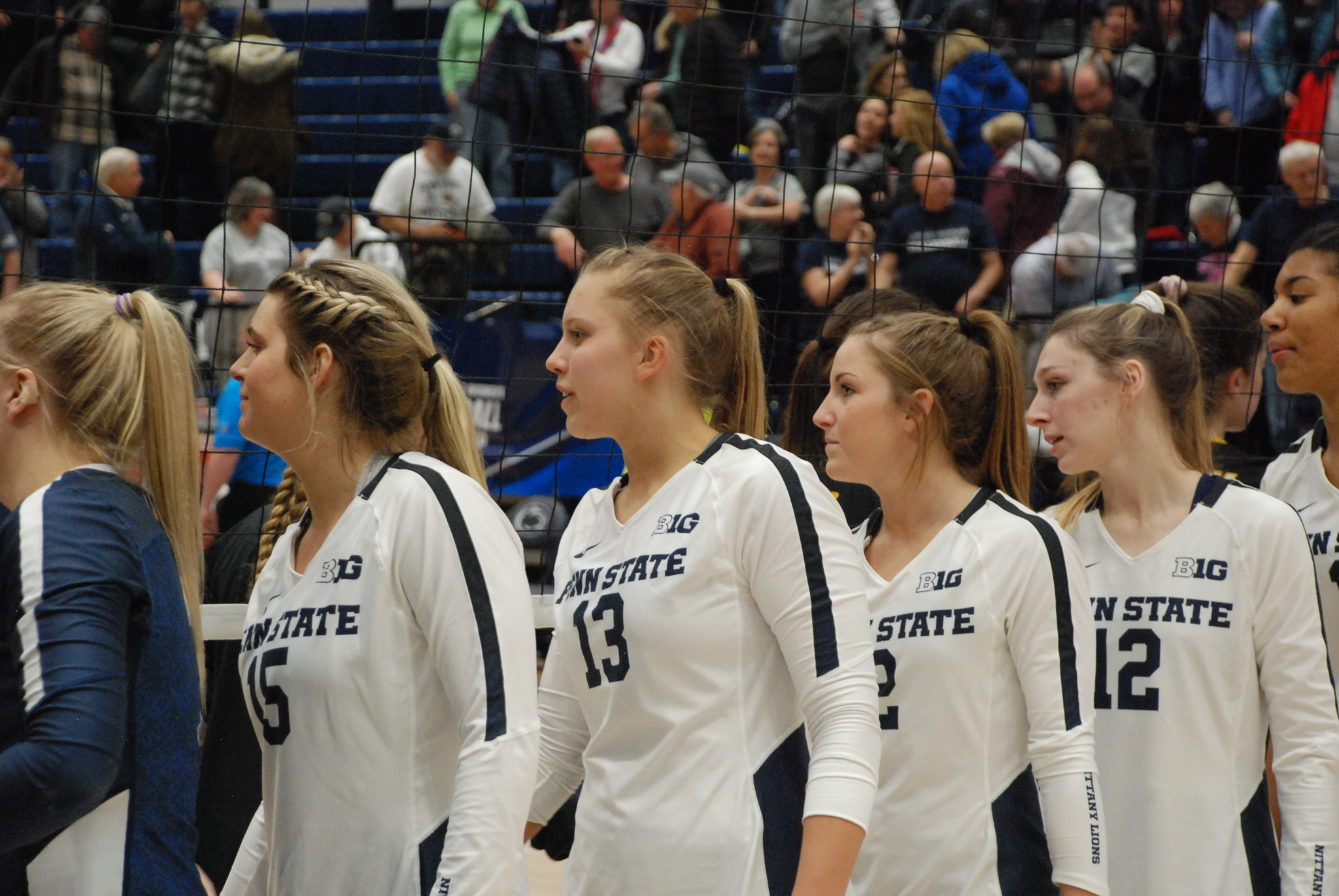 Macy Van Den Elzen is listed as an outside hitter/middle hitter and will wear No. 7 for the Nittany Lions. She checks in at 6-foot-3 on the updated roster after being listed at 6-foot-4 in high school. Van Den Elzen is the only player on this year’s team from Pennsylvania.

Hannah Flowers, a graduate transfer from Memphis, will wear No. 8 during her final season of collegiate eligibility. The right-side hitter from Wildwood, Missouri, who played against current teammate Gabby Blossom in high school, checks in at 6-foot-3.

Outside hitter Annie Cate Fitzpatrick, the most highly touted prospect from Penn State’s 2020 recruiting class, is listed at 5-foot-11 and will wear No. 11 for the Nittany Lions following Tori Gorrell’s graduation. Fellow freshman Sam McCool was a late addition to the program’s 2020 class. The defensive specialist from Atlanta, Georgia, committed to the Nittany Lions in mid-April. She will wear No. 12, which Keeton Holcomb donned the past few years.

Anastasiya Kudryashova, a junior outside hitter/right-side hitter from Novosibirsk, Russia, transferred to Penn State after spending two seasons at Rutgers. She will wear No. 18 for the Nittany Lions after donning No. 9 for the Scarlet Knights. Kudryashova and junior middle blocker Kaitlyn Hord now share tallest player on the team honors, as both are listed at 6-foot-4 heading into the 2020 season.

The Big Ten recently announced that it will conduct a conference-only regular season this fall due to health concerns stemming from the COVID-19 pandemic. Penn State has released two rounds of testing information and zero student-athletes from the university have tested positive so far out of 178 tests.

Although holding a season this fall is still very much up in the air and Penn State has yet to release its 2020 schedule, things are looking encouraging that volleyball will be played this fall. Whether the conference will delay the start of the season until late September or early October in order to feel more comfortable playing has yet to be ironed out.

*Editor’s note: Allyson Cathey is no longer listed on Penn State’s 2020 roster as of July 20 and has reportedly entered the NCAA transfer portal. Annie Cate Fitzpatrick has since changed her jersey number from 11 to 0, which was reflected on the latest roster update.