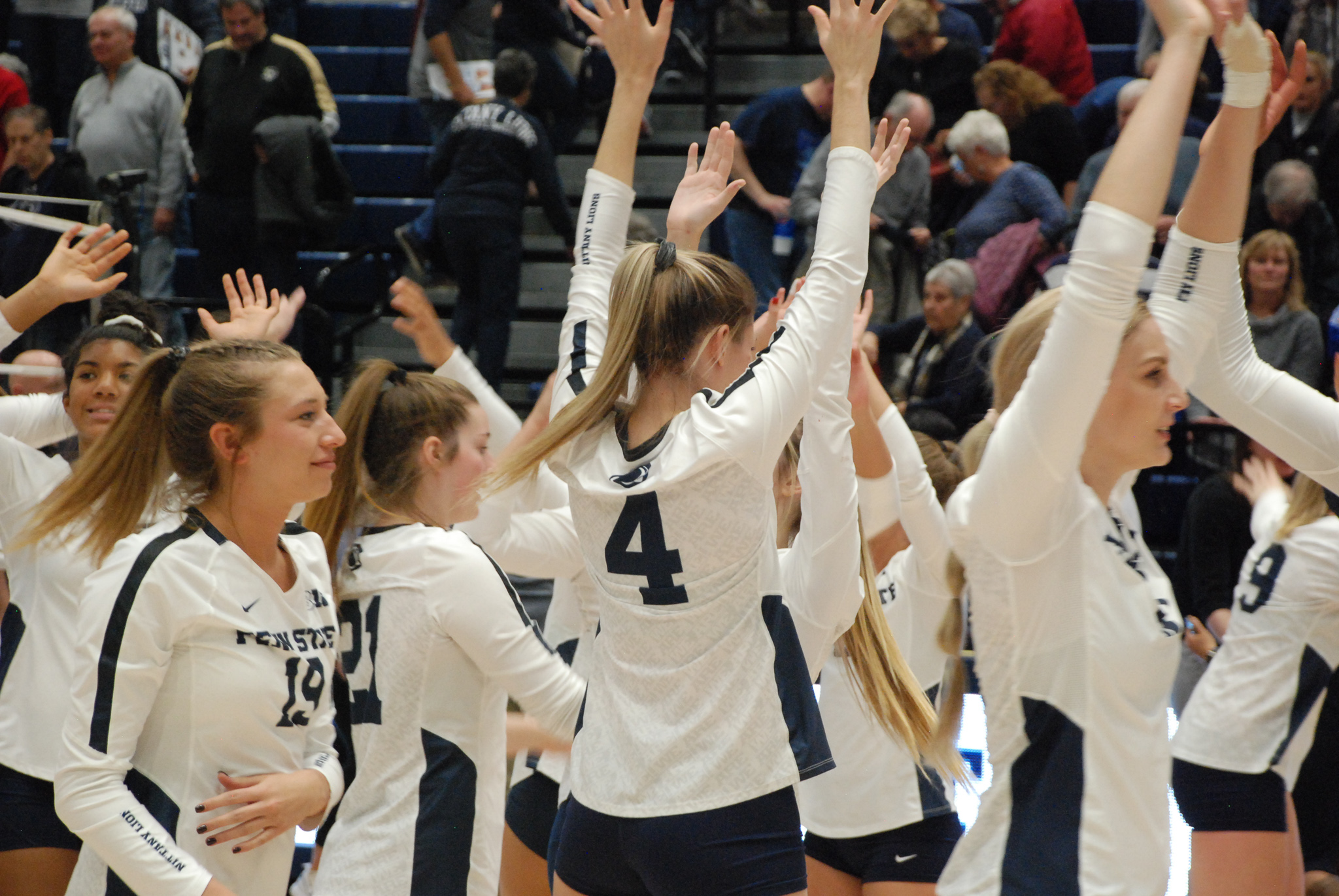 Penn State women’s volleyball has yet to release its 2020 schedule, but there are still plenty of storylines to follow less than three months away from the anticipated start of another season in Rec Hall.

The university welcomed 75 student-athletes from the football team back to campus this past Monday for preliminary health screenings and COVID-19 testing before eventually beginning voluntary workouts. Things are looking optimistic that the volleyball team will be allowed to return to University Park in the near future, though it’s unclear at the moment when exactly that will be.

Despite missing out on spring practice, Russ Rose and his coaching staff enjoyed a successful offseason in terms of acquiring talent via the transfer portal and recruiting. The Nittany Lions added three transfers and finalized plans with four incoming freshmen, including a late addition to the program’s 2020 recruiting class.

2020 outlook: Flowers received her undergraduate degree in accounting this spring and has one year of eligibility remaining. The 6-foot-2 right-side hitter led the Tigers in kills each of the last three seasons and arrives at Penn State with 1,005 so far during her career. She could crack the starting lineup with a strong preseason camp. At the very least, Flowers will provide another experienced arm for returning All-American setter Gabby Blossom, who played against Flowers in high school and is familiar with her skill set.

2020 outlook: Broughton proved to be a reliable defensive specialist for the Mountaineers the past two seasons — recording 94 digs in 2018 and 156 in 2019. Given the amount of talent the Nittany Lions lost to graduation at that position, Broughton has an excellent chance to carve out a significant role for herself in Penn State’s backcourt this fall. She will compete with fellow junior Jenna Hampton and sophomores Macall Peed and Molly Russell, among others, for playing time.

2020 outlook: Kudryashova is a versatile player who did a little bit of everything for the Scarlet Knights during her time in New Brunswick, New Jersey. She recorded 134 kills, 63 digs, 26 blocks in a Rutgers uniform. Kudryashova had four kills in a 3-0 loss to the Nittany Lions as a freshman in Rec Hall on October 17, 2018. The 6-foot-4 outside hitter enrolled at Penn State this spring and is tied with junior middle blocker Kaitlyn Hord and incoming freshman Macy Van Den Elzen for tallest player on the team honors. Kudryashova could work her way into the rotation in some capacity following Tori Gorrell’s graduation, but the Nittany Lions have no shortage of suitors for Gorrell’s vacant starting spot.

2020 outlook: Fitzpatrick is the most highly regarded prospect from Penn State’s incoming freshman class, and for good reason. The supremely athletic Floridian was named Gatorade State Player of the Year and showed off her talent alongside Van Den Elzen in the 14th annual Under Armour All-America Volleyball Match on New Year’s Eve in Orlando. Fitzpatrick finished with nine kills (.222), six digs, an ace, and a block while helping Team Pressure sweep Team Savage. Fitzpatrick was also a dominant basketball player early in her high school career before shifting her focus to volleyball. The idea of watching Fitzpatrick and fellow playmaker Jonni Parker share the court is exciting to think about.

2020 outlook: Bilinovic may not have received as much fanfare as Fitzpatrick coming out of high school, but the Ohio native absolutely has the tools to be a major part of Penn State’s backcourt this fall. Bilinovic and Fitzpatrick were both ranked within the VolleyballMag.com Girls Fab 50, which was released in late March after consulting a panel of Division I coaches. Bilinovic, who checks in at 5-foot-7, brings strong leadership skills to the program and will have a chance shortly to show the coaching staff what she can do.

2020 outlook: Van Den Elzen will be the only player on this year’s roster from Pennsylvania following the graduation of Allentown native Kristin Krause. Like Fitzpatrick, Van Den Elzen took home Gatorade State Player of the Year following an impressive senior season that saw her tally 410 kills, 144 digs, 71 aces, and 50 blocks, according to MaxPreps. Van Den Elzen had three digs, two kills (.000), and the only solo block of the night at the Under Armour match. Considering the bevy of outside hitters on this year’s roster, the Nittany Lions don’t need to rush Van Den Elzen onto the court right away, which would give her time to add some muscle in the weight room in preparation for the rigors of Big Ten volleyball.

2020 outlook: McCool committed to the Nittany Lions a couple months ago on April 16, putting a bow on the nation’s 18th overall recruiting class, per PrepVolleyball.com. The 5-foot-7 Peach State standout also played for Tsunami Volleyball Club while preparing for the next level. There is ample playing time up for grabs at defensive specialist following the graduations of Krause, Kendall White, Keeton Holcomb, and Emily Sciorra, but McCool will likely be in a similar boat to Van Den Elzen in terms of being afforded the luxury of taking things one step at a time. In recent years, Rose has preferred not to redshirt his freshmen. It will be interesting to see what kind of role McCool fills this season.