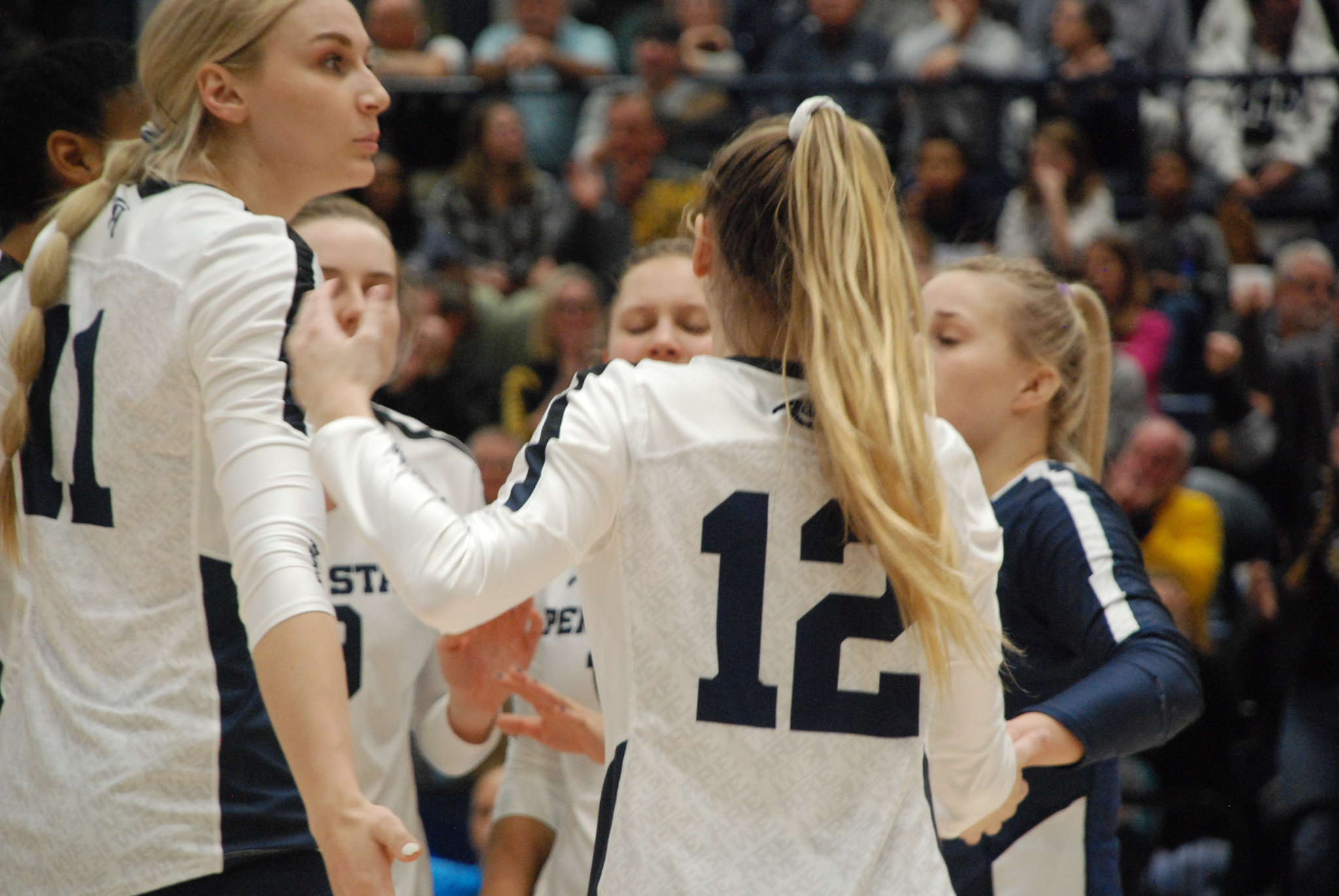 Broughton, who hails from Charleston, West Virginia, will be a junior this fall after spending the last two seasons in Morgantown. She recorded 250 digs, 37 assists, 11 aces, and two kills as a Mountaineer.

Broughton was a standout for George Washington High School before enrolling at West Virginia as a member of its 2018 recruiting class. She becomes the ninth junior on Penn State’s roster, which will feature 10 upperclassmen this coming season. In 2019, 75 percent of the team was made up of underclassmen.

Broughton, Hampton, and Walls will be the only upperclassmen at the position for head coach Russ Rose this fall following the graduations of Kendall White, Keeton Holcomb, Emily Sciorra, and Kristin Krause. After recording a program record 1,994 digs during her Penn State career, White leaves quite a legacy in Rec Hall.

Since spring practice was canceled due to the coronavirus pandemic and classes are now being conducted exclusively online, the Nittany Lions have been training at home across the country in anticipation of competitive sports returning.

Broughton’s arrival is excellent news considering Penn State’s relative lack of proven depth at defensive specialist heading into the 2020 season. Her experience in the Big 12 bodes well for her chances of winning the vacant libero job. Hampton is currently perceived to be the frontrunner in the competition, but no spot is ever secure when you play for Rose’s program.

At the very least, Broughton will provide a reliable presence in the backcourt and some leadership intangibles in the locker room. She could factor into Penn State’s service rotation as well. Although Broughton never played against the Nittany Lions, Penn State most recently swept West Virginia in Morgantown during the first weekend of the 2017 season.

Broughton had double-digit digs in four matches during her West Virginia career, including a career-high 14 digs against Wright State early in the 2018 season. Broughton recorded 94 digs in 60 sets as a freshman and 156 digs in 96 sets as a sophomore — good for third on the team.

Broughton led her club team, River Cities Thunder, to a national title in Anaheim, California, in April 2018 before beginning her college career. She will need to pick a new number after wearing No. 4 at West Virginia, because sophomore outside hitter Gabi Bailey already owns it.