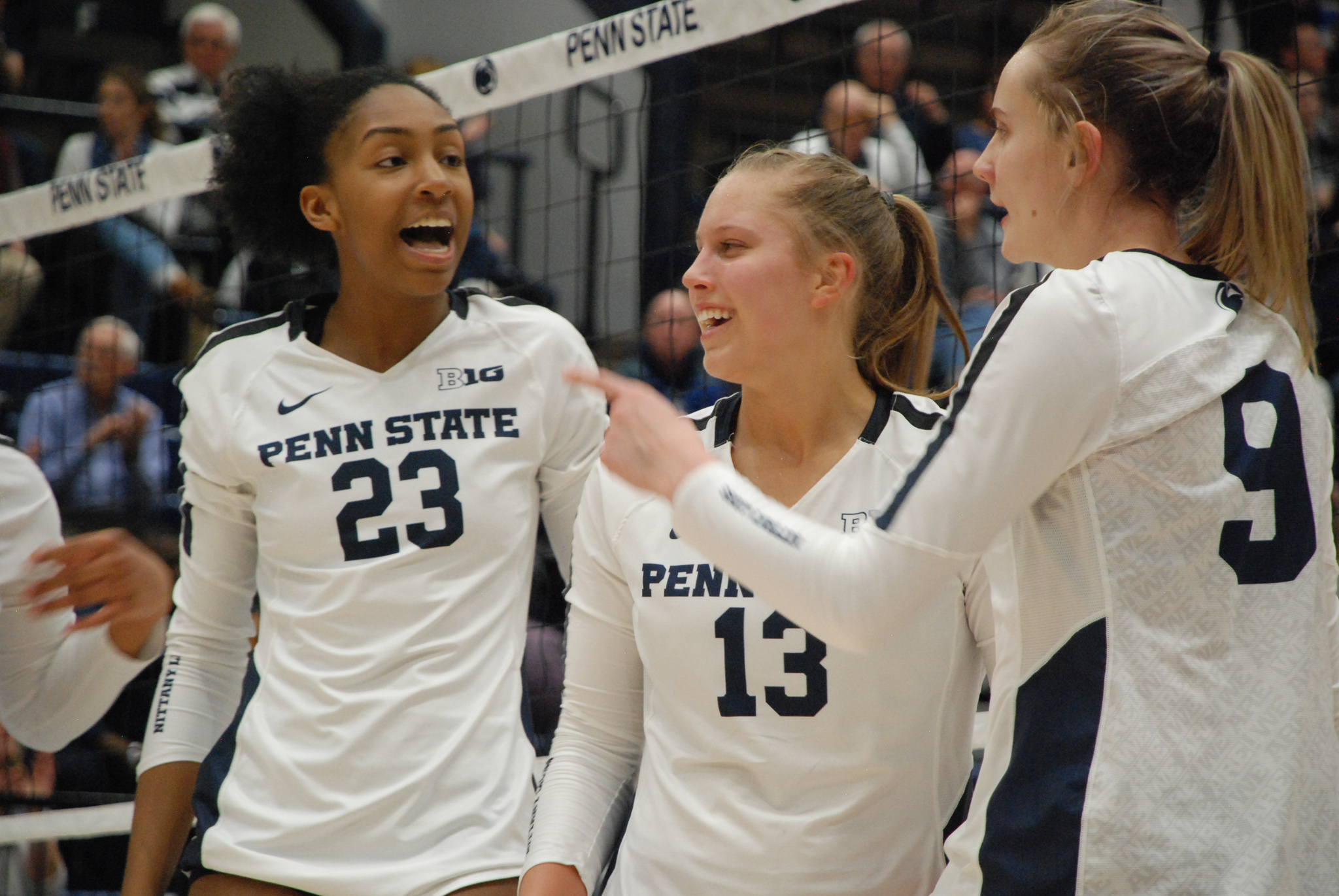 Penn State women’s volleyball added a huge piece to its 2020 roster with the incoming transfer of Memphis star Hannah Flowers, who announced the news on her Instagram last week.

Flowers led the Tigers in kills each of the last three seasons and already has 1,005 kills before beginning her Penn State career. Flowers received her undergraduate degree in accounting from Memphis and will pursue a master’s in the same subject at Penn State.

The 6-foot-3 Flowers, who hails from Wildwood, Missouri, was listed as a right-side hitter on Memphis’ 2019 roster. Perhaps her arrival opens the door for Jonni Parker to move to outside hitter this season following the graduation of Tori Gorrell. Or maybe Flowers moves to outside hitter and Parker stays on the right side. Regardless, Flowers looks like an outstanding addition for Russ Rose’s Nittany Lions.

As a junior in high school, Blossom’s team beat Flowers’ team 2-0 twice early in the 2016 season before Lafayette and Flowers (then a senior) won 2-1 later that fall during the playoffs, per MaxPreps. Blossom and St. Joseph’s Academy took home the Class 4A state championship the following year after going 33-3.

Memphis, a member of the American Athletic Conference, was 38-52 during Flowers’ time in Tennessee, but Penn State wins more than 30 matches in a particularly good season, so she’ll certainly get back to her winning ways in University Park.

When the Tigers were swept by Cincinnati during the regular season in 2019, Flowers led her team with eight kills, while Jordan Thompson had a match-high 17 kills that night. Penn State beat the Bearcats 3-2 in Palo Alto, California, this past December to advance to the Elite Eight, where it fell to Stanford in straight sets.

Flowers will be the only senior on Penn State’s junior-laden 2020 roster and immediately becomes the most prolific attacker on the team given what she was able to accomplish at Memphis. Parker now has the second-most kills among this year’s Nittany Lions with 764 halfway through her career.

Flowers isn’t the only incoming transfer Penn State has welcomed to its program this offseason, as Russian outside hitter Anastasiya Kudryashova enrolled in classes at the university this spring after spending the last two seasons at Rutgers. Kudryashova had 134 kills, 63 digs, 26 blocks, 13 aces, and seven assists in New Brunswick, New Jersey. She will be a junior with two years of eligibility remaining.

Flowers is the first grad transfer to join the Nittany Lions since North Carolina standout Taylor Leath played her final season of collegiate volleyball at Penn State in 2018. Leath gained notoriety as a recruit right down the road at State College Area High School before heading to Chapel Hill for her undergraduate studies. Leath tallied 292 kills (.208), 256 digs, 54 blocks, 29 assists, and 15 aces as a Nittany Lion.

The arrival of Flowers boosts the projected roster to 17 players. She wore No. 1 at Memphis, but will need to select a new number because rising sophomore Lauren Clark already wears No. 1. Now, Rec Hall has two Roses (Russ and Chris), a Blossom, and a Flowers.