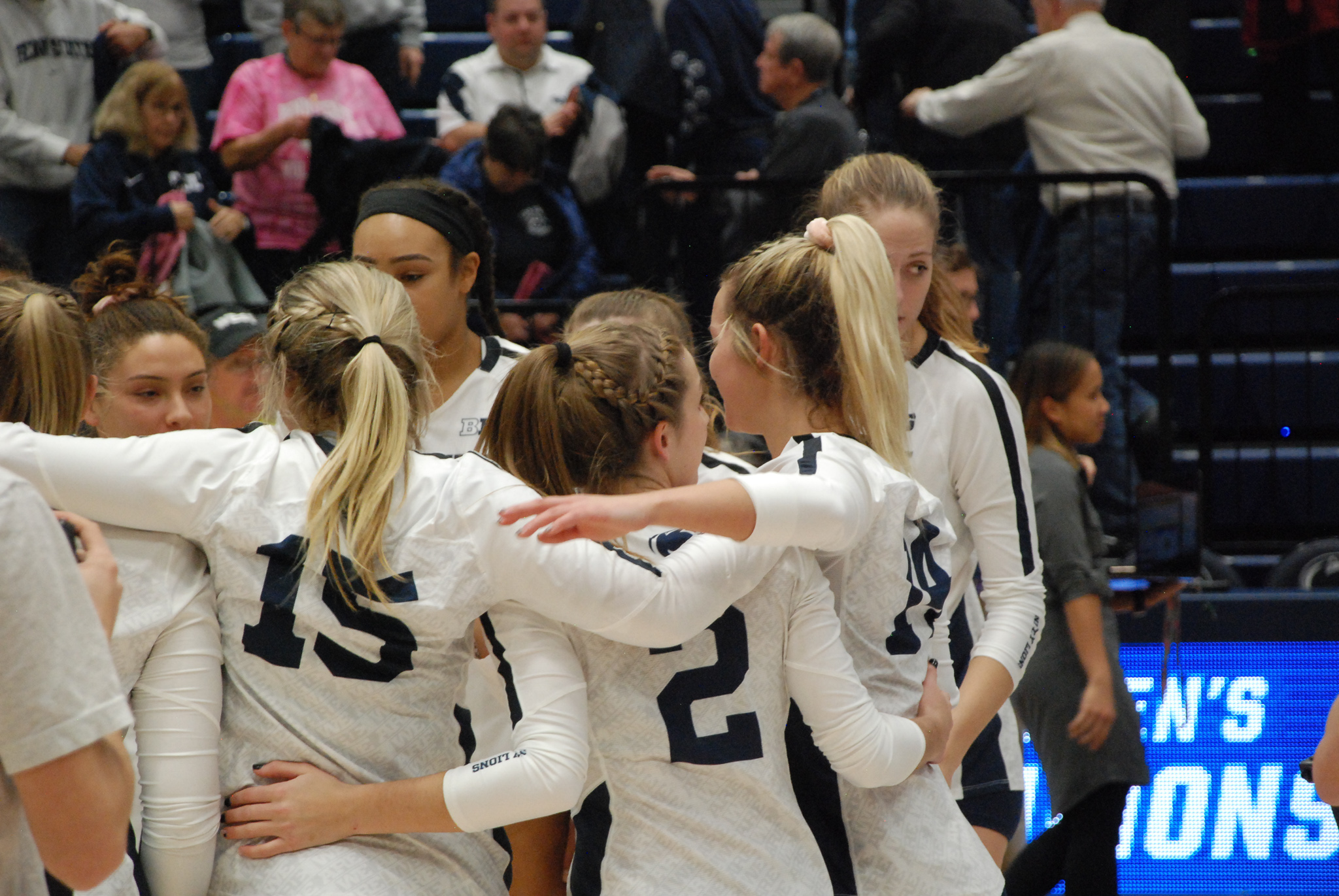 Allie Holland, a 6-foot-4 middle blocker from Ohio, committed to Penn State women’s volleyball Saturday and will enroll in classes right away and be eligible for the 2020 season. She played club for Elite Volleyball Training Center in Plain City, Ohio.

Holland played for Hilliard Bradley High School in Hilliard, Ohio, and will join fellow Ohioans Jonni Parker (Casstown) and Maddy Bilinovic (Independence) on the 2020 roster. Holland, Bilinovic, Annie Cate Fitzpatrick, Macy van den Elzen, and Sam McCool make up the program’s 2020 recruiting class, which was ranked No. 18 in the country by PrepVolleyball.com prior to the addition of Holland.

She originally committed to the University of Tennessee on Sept. 16, 2017 as a sophomore in high school before eventually opening things back up in her recruitment.

Holland becomes the eighth newcomer for the Nittany Lions for the 2020 season with four freshmen and three incoming transfers already joining the program this offseason. Holland is the 19th member of Penn State’s roster for the coming season. We’ll update this article when the program releases her official height, jersey number, and hometown. She wore No. 10 for her high school team.

It will be interesting to see whether she sticks at middle blocker or winds up playing a few different positions for the Nittany Lions like Tori Gorrell did during her Penn State career.

The status of the 2020 season is currently up in the air and it’s unclear when the Big Ten will release a potential schedule and start date for conference-only play like the Pac-12 did Friday. The season could be pushed back to the spring or canceled altogether in the near future if things do not improve soon from a health and safety standpoint concerning the COVID-19 pandemic.

Regardless of how the coming season plays out, the addition of Holland to the program is an encouraging sign for Penn State’s depth in the front row and adds another player with size to the fold for Rose’s coaching staff to develop. You can check out Holland’s Hudl highlight reel here.