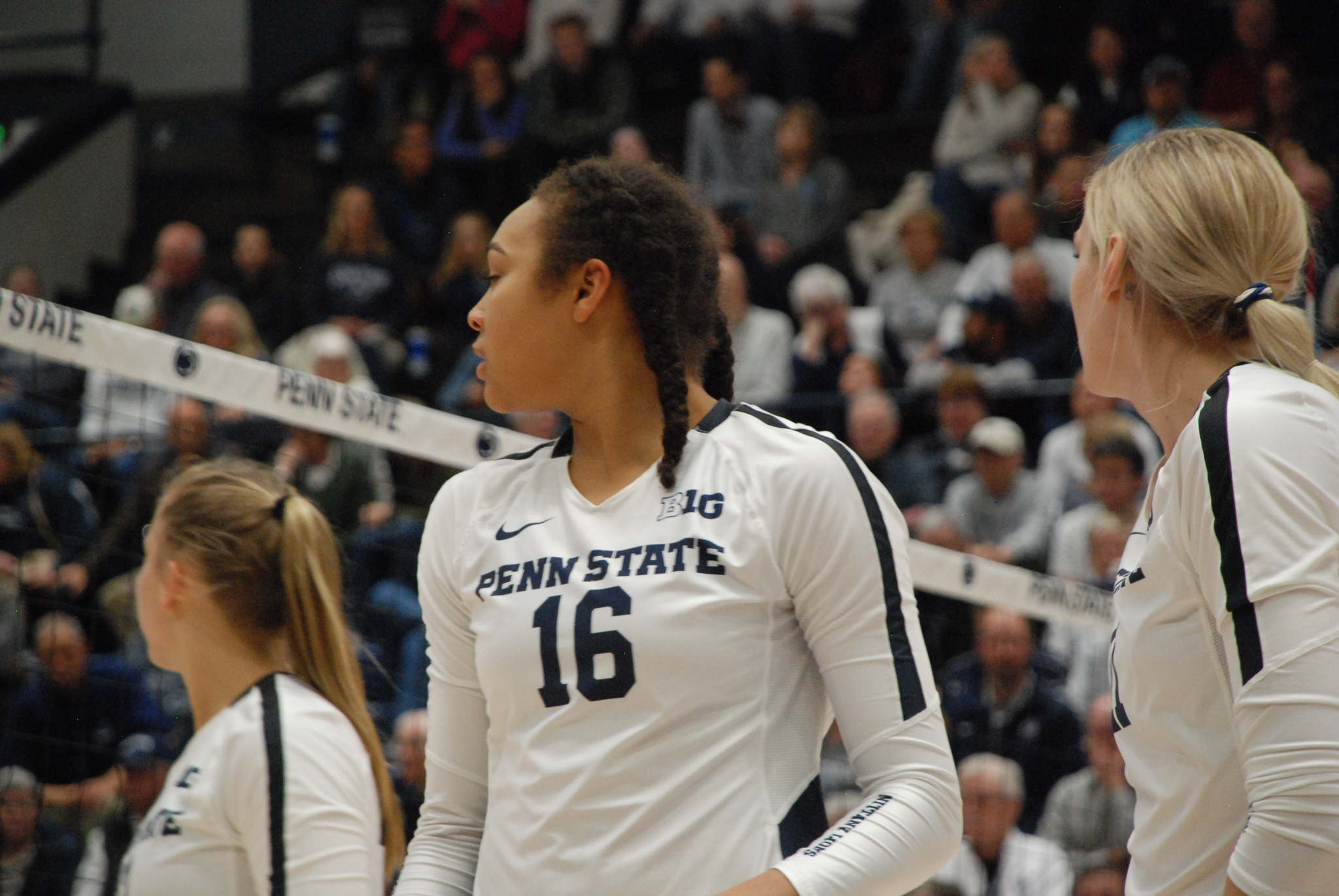 Three Penn State women’s volleyball commits from the program’s 2021 recruiting class earned high praise earlier this week when they were named to the PrepVolleyball Top 150.

It’s the first time the publication has released a Top 150 rankings. It will continue to do so each Monday for the next few weeks until the 2022, 2023, and 2024 classes have received their rankings. It is separate from the Senior Aces rankings, which will now be released in the spring. You can read more about the process here.

Anjelina Starck, who has experience setting and playing outside hitter, led the way among future Nittany Lions at No. 13 overall. After spending her first two high school seasons at Nevada powerhouse Bishop Gorman, Starck transferred to Rampart High School in Colorado Springs, Colorado, prior to her junior year.

Starck’s mother, Errica (Hibben) Starck, was a four-year starter for the Texas Longhorns and still holds the program record for career blocks with 531. Starck said she considered Stanford, Florida, Kentucky, Southern California, and UCLA before picking the Nittany Lions.

“I love the tradition and gym culture at Penn State,” Starck told DigNittanyVolleyball in April. “Coach Rose knows how to get the best out of all of his players. What really sold it for me was the coaches, fan support, and having the opportunity to play in Rec Hall.”

Rachel Muisenga, a setter from Wheaton, Illinois, checked in at No. 30 overall in the rankings after leading Benet Academy to a state championship as a junior this past fall. Muisenga guided her team to a 41-1 record in 2019 in her first season as the starting setter for the Redwings.

Muisenga was a right-side hitter for her high school program before settling in at setter due to the talent level and amount of Division I players Benet Academy consistently produces. When Muisenga arrives on campus next year, the Nittany Lions will potentially have as many as four setters on the roster, including Gabby Blossom, Emily Oerther, and fellow 2021 commit Quinn Menger, who could also play some defensive specialist for Rose.

“I was looking at a few other schools in the Big Ten and the SEC, but I ultimately chose Penn State because of the culture,” Muisenga said. “After my first camp, I knew it was where I wanted to be. It is a very successful program with a great coaching staff and I admired the team and their work ethic. I also loved the campus and the people I met.”

Menger, who hails from Richmond, Virginia, and plays her high school volleyball for St. Catherine’s School, did not earn a spot in the Top 150, but she certainly has plenty of potential and is a player Penn State fans will get to know in the near future. Rankings like these are subjective, after all.

The last future Nittany Lion to be ranked in the Top 150 is Kingwood Park High School standout Erika Williams, a middle blocker who committed to Penn State on May 29 of this year. The Texan checked in at No. 92 overall in the rankings. Williams plays her club volleyball for the Houston Juniors — the same program that produced defensive specialist Keeton Holcomb, who graduated from Penn State this spring.