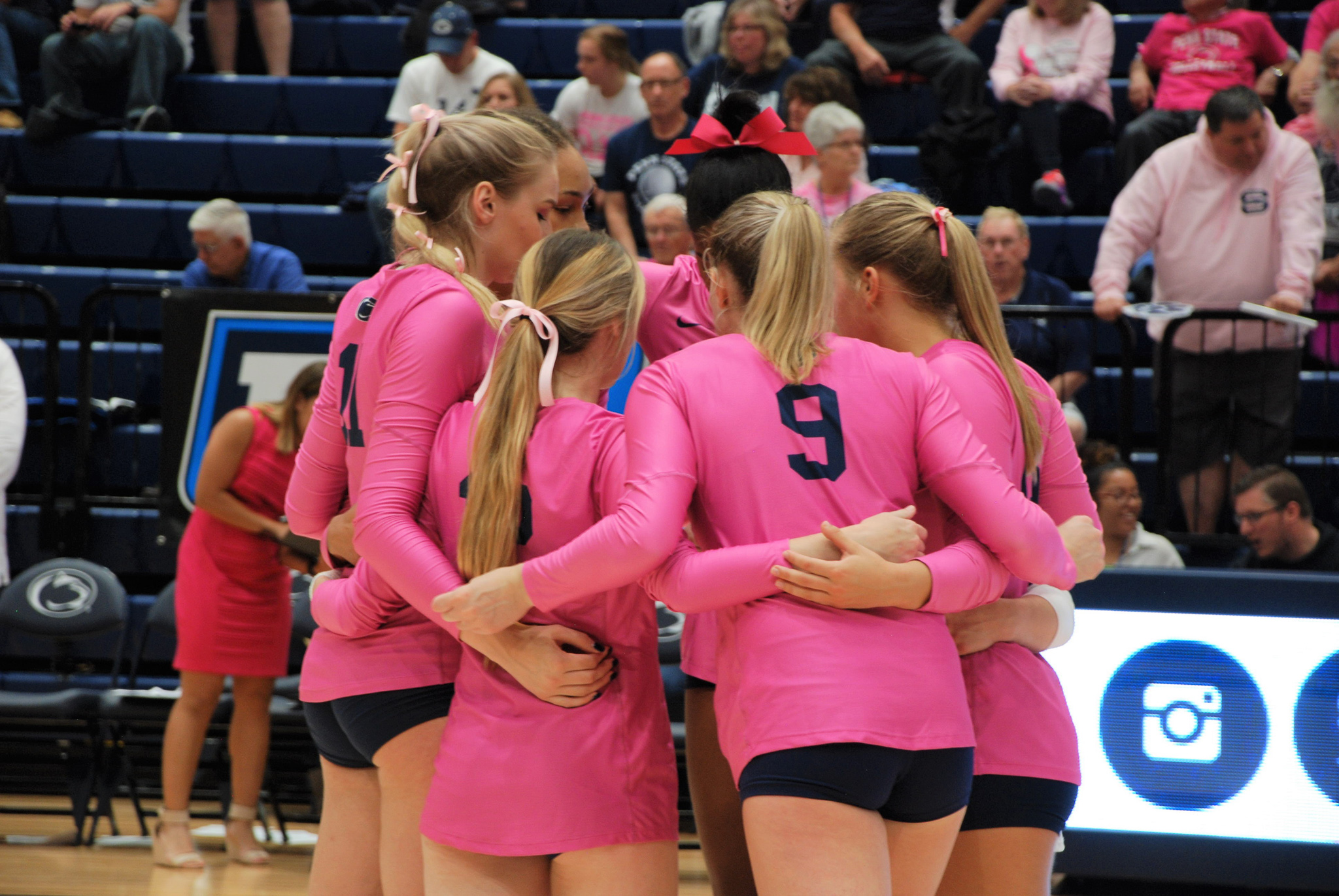 This week, we’re taking a look these three to see what kind of players the Nittany Lions will be getting in 2021. Next up is Colorado Springs, Colorado, native Anjelina Starck, who committed to Penn State on January 8, 2019. You can read our articles about Muisenga here and Menger here.

Starck, a 6-foot-2 outside hitter, played her first two seasons of high school volleyball for Bishop Gorman in Las Vegas, Nevada, where she won the Class 4A state championship as a sophomore in 2018 before transferring to Rampart High School in Colorado.

“I love the tradition and gym culture at Penn State,” Starck said. “Coach Rose knows how to get the best out of all of his players. What really sold it for me was the coaches, fan support, and having the opportunity to play in Rec Hall.”

Starck said she considered Stanford, Florida, Kentucky, Southern California, and UCLA before picking the Nittany Lions. Her mother, Errica (Hibben), was a four-year starter at the University of Texas from 1989-92 and still holds the career blocks record there with 531.

“Every summer, we have spent time visiting college campuses all over the country,” Starck said. “Penn State was one of my favorite campuses. It is beautiful in the summer and I am excited to have a change of seasons. I really love the arboretum.

“During my campus visit last fall, I really enjoyed spending time with the team and getting to know them. I really loved the fan support and excitement while watching Penn State volleyball at Rec Hall. I was really impressed with all the athletic facilities on campus.”

Starck originally played her club volleyball for the Vegas Aces before transitioning to the Colorado Juniors upon moving. She discussed some of her goals between now and when she enrolls at Penn State next year, although the coronavirus pandemic has thrown a wrench into things for the time being.

“Having moved to Colorado last summer, I had a lot of goals for this club season,” Starck said. “But with everything that has been going on, I am not sure when we will be able to get back into the gym. I want to continue getting stronger and developing all my skills so that I can make an impact as a freshman.”

Starck and Muisenga, a 6-foot setter from Wheaton, Illinois, were each recently named to the VolleyballMag.com 25 Underclassmen to Watch List. Starck was complimentary of Muisenga’s game, especially the intangibles that she brings to the court from a leadership standpoint.

“I have admired Kendall White,” Starck said. “Over the past few years, I loved watching Kendall play. She motivates me to play defense like her. Vashti Cunningham is one of my favorite athletes. When I lived in Las Vegas, I had the opportunity to train with her and get to know her. Her great work ethic, personality, and desire to be the best in what she does makes her a great role model.”

Like Muisenga, who has excelled as a hitter and a setter in high school, Starck will provide positional versatility for the Nittany Lions. Starck is a strong passer who will challenge for playing time once she acclimates herself to the college game.

Starck provided her own take on what she brings to the floor and what she still needs to focus on improving before she arrives at Penn State.

“My strength as a player is I am a six-rotation player,” Starck said. “I spent much of my career as a setter, but the past two years I have been a primary passer and outside hitter for club. Probably my biggest strengths are my ball control and blocking.

“I need to get stronger and continue working on all aspects of my game so that Coach Rose can use me in whatever position that he thinks most helps the team.”