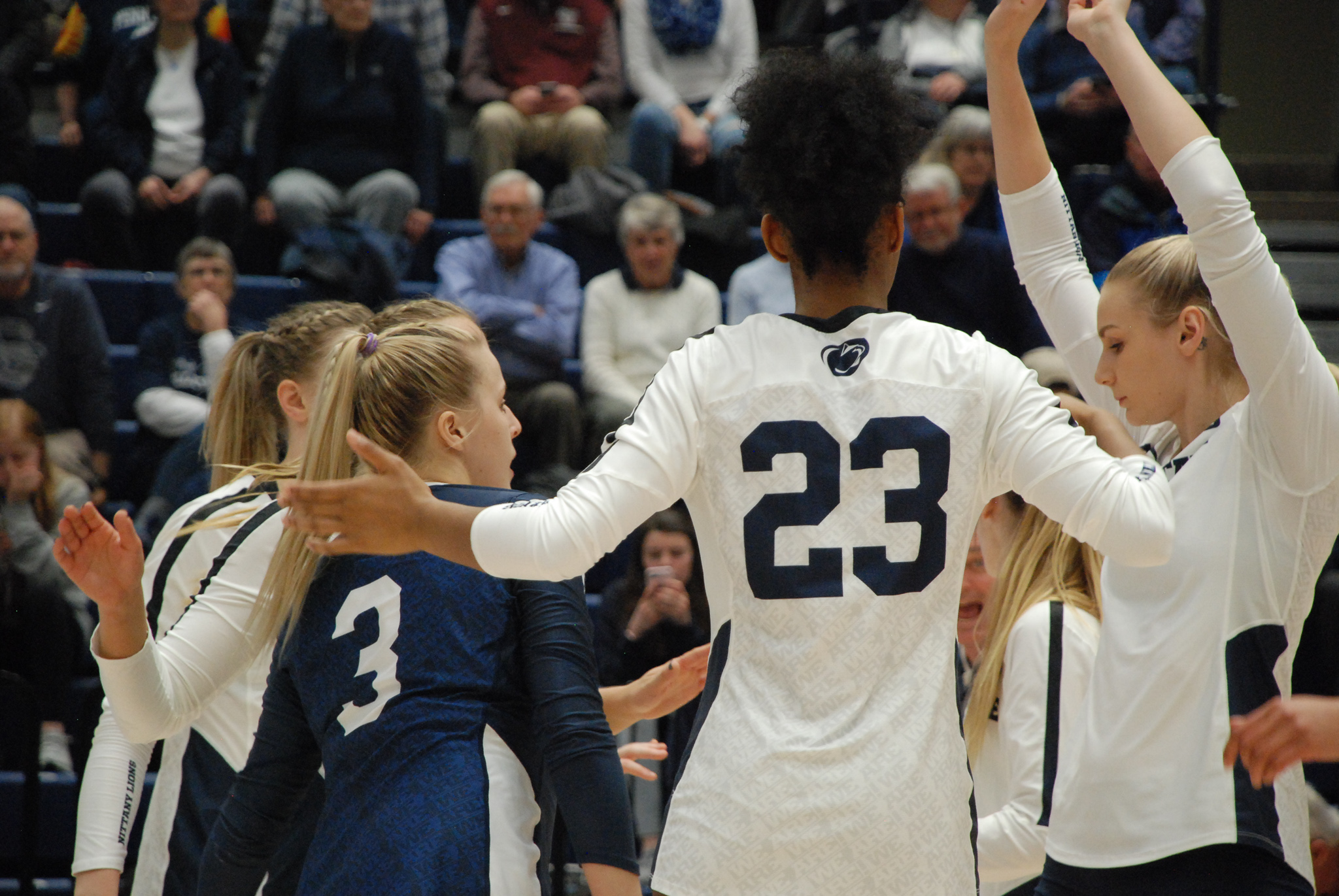 Williams represents the Houston Juniors on the club circuit and plays her high school volleyball for Kingwood Park, where she recorded 303 kills, 149 total blocks, 40 aces, and a .383 hitting percentage as a junior this past season, per MaxPreps.

Williams joins Rachel Muisenga, Anjelina Starck, and Quinn Menger in Penn State’s 2021 recruiting class. Houston is the fourth-largest city in the U.S. and Texas is known for its volleyball prowess, so Williams is consistently facing some of the best competition in the country.

Williams is the first middle blocker to commit to the Nittany Lions since Kaitlyn Hord and Serena Gray in Penn State’s top-ranked 2018 recruiting class. Hord and Gray will be seniors when Williams arrives on campus as a freshman in 2021.

The Nittany Lions recently put a bow on the nation’s 18th overall recruiting class for the 2020 cycle, according to PrepVolleyball.com. Annie Cate Fitzpatrick, Macy Van Den Elzen, Maddy Bilinovic, and Samantha McCool will arrive in University Park later this summer — provided students are allowed back on campus for the fall semester. The publication lists Williams at 6-feet heading into her senior year of high school.

Sophie Walls, a rising junior defensive specialist from The Woodlands, Texas, is the only Nittany Lion on the current roster from the Lone Star State. Keeton Holcomb, a defensive specialist from Bellville, Texas, graduated from the university this spring. Holcomb also played for the Houston Juniors during her club career, as did former Nittany Lion Cami May, who transferred to the University of San Diego following her freshman season in 2017.

Williams will have the chance to learn from two of the best middle blockers in college volleyball in Hord and Gray, who have each been named All-Americans their first two seasons. Hord was the only Nittany Lion to earn a spot on the AVCA first team in 2019.

Williams will eventually team up with a pair of setters in Muisenga and Menger and a versatile outside hitter who also has experience setting in Starck. The Nittany Lions have had an extremely successful offseason in terms of adding talent, landing three incoming transfers and a late addition to their 2020 class in McCool.

Williams’ commitment is huge for the Nittany Lions considering the relative lack of depth at middle blocker behind Hord and Gray following Amanda Phegley’s transfer from Penn State to North Carolina this spring.