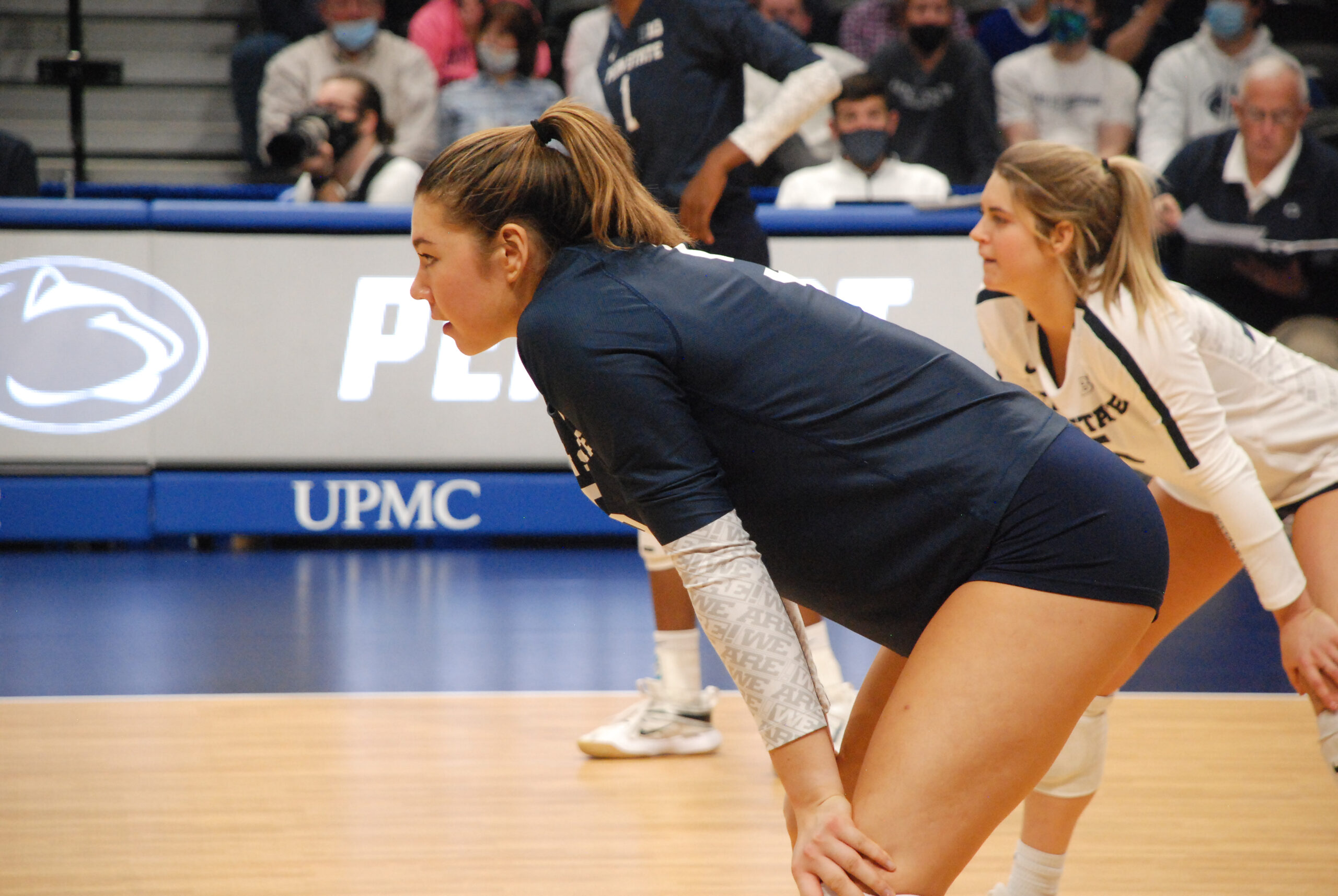 Erika Pritchard will begin her professional volleyball career in France after signing with Vandœuvre Nancy of the Ligue A Féminine, where she will compete against former Penn State libero Kendall White, who plays for Terville Florange Olympique Club.

Pritchard, a 6-foot-3 outside hitter from Middletown, Maryland, set numerous records at the University of Maryland before using her final season of collegiate eligibility with the Nittany Lions this fall. Pritchard departed College Park as Maryland’s career points leader.

Despite dealing with an apparent foot injury that forced her to miss nine matches last season, Pritchard had 166 kills, 69 digs, 38 total blocks, and 14 aces in a Penn State uniform. Pritchard put together a solid performance in her last college match, tallying 11 kills and a .474 hitting percentage in Penn State’s 3-1 loss to Pitt in the second round of the NCAA tournament.

“Yeah, we didn’t really have an answer for her,” Pitt coach Dan Fisher said afterward. “She had a big match. We were able to get to her a little bit in serve receive at times, but she was pretty low error. She just made good decisions offensively, so good match by her.”

Pritchard discussed what she loves most about playing volleyball toward the end of the regular season during an interview on November 23, saying, “I love that it’s a team sport and that you need everyone involved to have success. The camaraderie that the sport brings is something very special. It’s just a fun game, too. It’s a fun game to play.”

Pritchard also talked about what she learned playing for Russ Rose during his 43rd and final season as head coach of the Nittany Lions in 2021. Rose announced his retirement last Thursday.

“I think that he’s taught me that everything matters,” Pritchard said. “Just going hard after everything and having confidence in myself and my abilities is something that he’s always told me.”