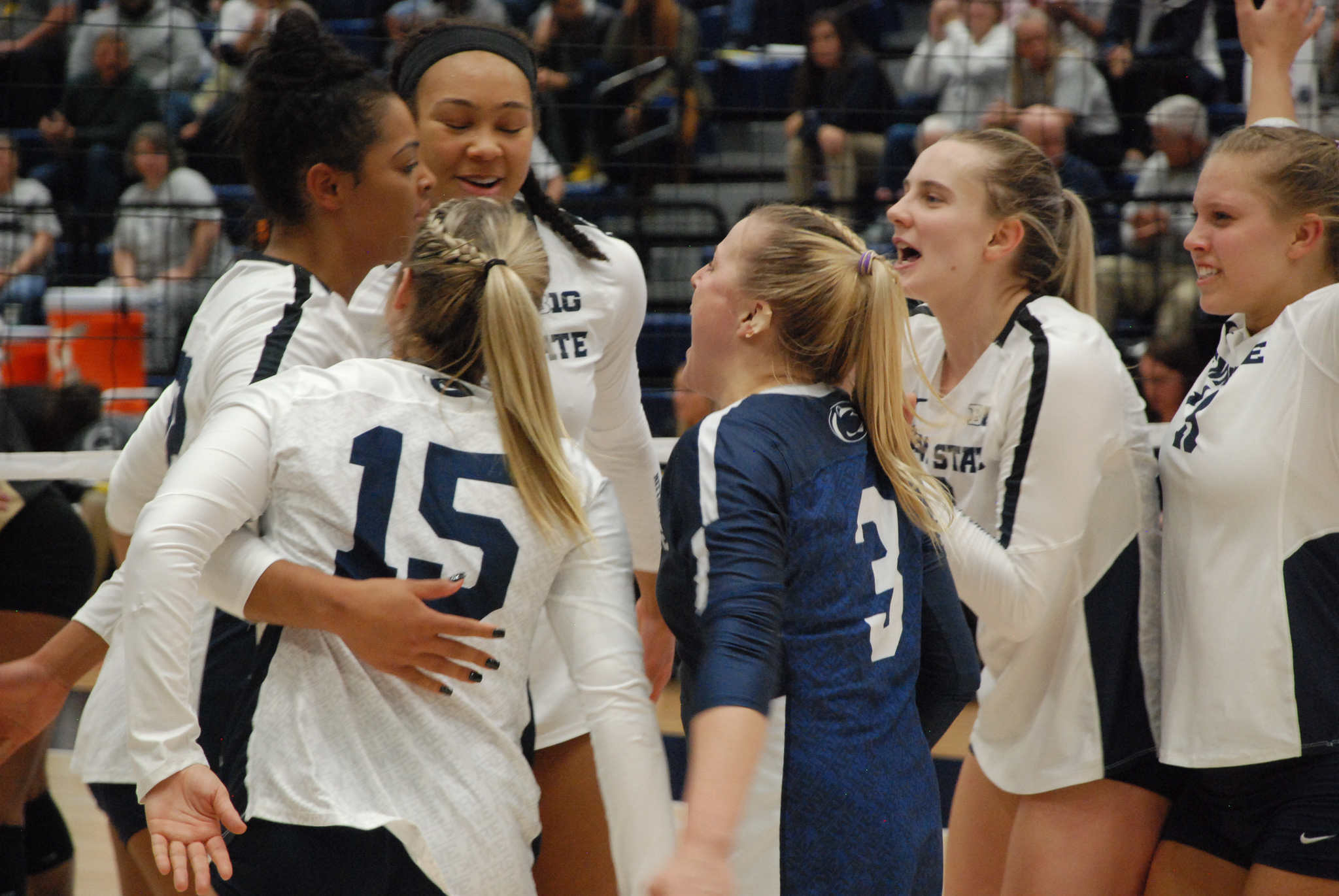 Jonni Parker led a quartet of Nittany Lions who recorded double-digit kills against the Wildcats, finishing with a match-high 13 in the victory. Parker also added five digs, a block, an ace, and an assist in Penn State’s fourth straight win in conference play. The Nittany Lions hit .396 to Northwestern’s .138.

Tori Gorrell tallied 11 kills, two total blocks, and one of Penn State’s two service aces, while sophomore middle blockers Serena Gray and Kaitlyn Hord had 10 kills apiece and identical match-high .500 hitting percentages. Allyson Cathey posted eight kills on a .462 hitting percentage, two total blocks, and a dig in one of her more efficient matches of the season. Freshman outside hitter Lauren Clark saw the floor in the third set and notched two kills, including the match winner.

Penn State more than doubled Northwestern’s kill output with 55 to just 27 for the Wildcats, who fell to 11-17 (2-14 Big Ten). Interestingly enough, Northwestern didn’t have a single ace or service error. Gabby Blossom dished out a match-high 42 assists and is now seven away from reaching 1,000 this season. She added eight digs, a block, and a kill in Penn State’s only meeting with the Wildcats this fall. The Nittany Lions lead the all-time series 54-9 following their latest sweep of Northwestern.

Kendall White was the only player to reach double-digit digs in the match with 13 and three assists. Keeton Holcomb and Jenna Hampton combined for six of Penn State’s 37 digs in a match in which head coach Russ Rose was able to substitute a few more players than usual. Defensive specialists Emily Sciorra, Kristin Krause, Macall Peed, and Illinois native Molly Russell came off the bench for the Nittany Lions and played in a set apiece.

The Nittany Lions (21-4, 14-2 Big Ten) travel to Bloomington Wednesday for an 8 p.m. match against Indiana. Penn State swept the Hoosiers earlier this season on Nov. 8 in Rec Hall.