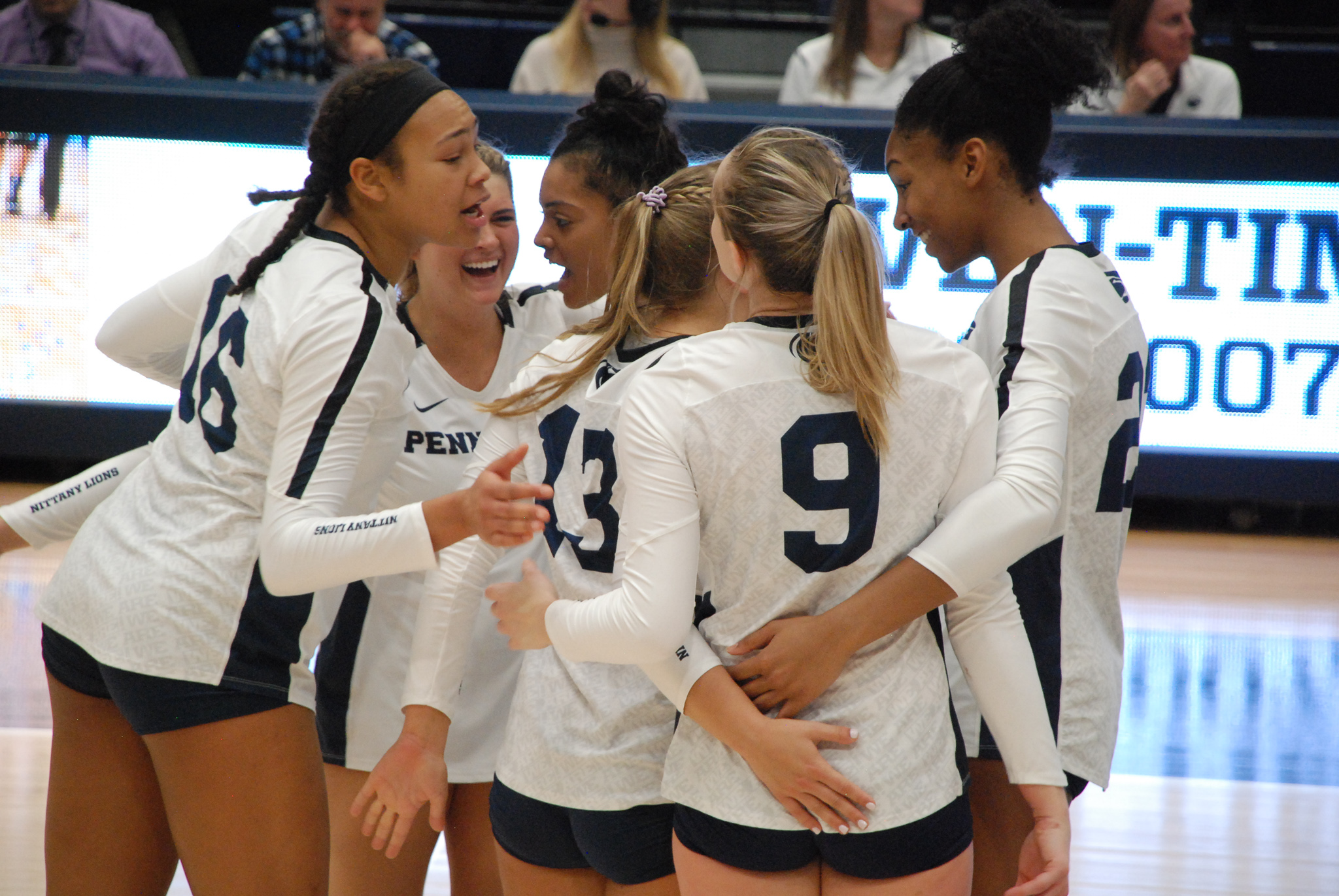 Serena Gray and Jonni Parker were phenomenal in leading Penn State to its fifth straight victory in Big Ten play. Gray had a match-high 14 kills (.500), four total blocks, a dig, and an ace, while Parker finished with 10 kills, seven digs, and six total blocks.

The Nittany Lions didn’t drop a single set against the Hoosiers this season after sweeping them on Nov. 8 at Rec Hall. Penn State improved to 55-1 in the all-time series and has now won 36 straight sets versus Indiana dating back to 2012.

Indiana played better as the night progressed, culminating in a deuce game in the third set that saw the Hoosiers rally from down 23-19 to extend the match. Parker’s final kill of the evening sent Gray to the service line for another match point, where Parker and Kaitlyn Hord combined for the decisive block. The Hoosiers held Penn State to a rather lackluster .224 hitting percentage, but only managed a .050 clip themselves.

Hord matched Parker with six total blocks and tied classmate Allyson Cathey with seven kills and three digs apiece against the Hoosiers, who fell to 13-17 (2-15 Big Ten) on the season. Sophomore setter Gabby Blossom showcased her versatility as a player with another balanced performance. She tallied a match-high 38 assists, four digs, two kills, two total blocks, and an ace in the win.

Playing in her home state of Indiana, Kendall White had 13 digs and three assists as she inched closer to the Penn State career digs record. White became the second player in program history to surpass 1,900 digs Wednesday night and now sits just 56 away from breaking the all-time mark set by Kaleena (Walters) Davidson. Tori Gorrell had five kills to round out Penn State’s offense, while Keeton Holcomb and Jenna Hampton recorded seven and three digs, respectively, on the defensive side of things.

In one of the more remarkable stats of the night, Penn State’s sweep ensured at least 22 wins for the 41st time in Russ Rose’s 41-year tenure at the university.

The Nittany Lions (22-4, 15-2 Big Ten) travel to New Brunswick Sunday for their final away match of the regular season at noon against Rutgers. Penn State swept the Scarlet Knights earlier this season on Sept. 28 at Rec Hall.