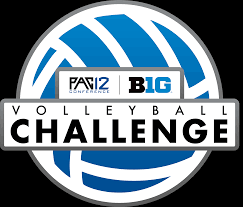 The 5-0 Nittany Lions are hoping this year will be a different story, but CU has started out hot.  Its 6-0 record to date ties a school record, as it has swept Wake Forest, Rice and Abilene Christian. The Buffs are 18-2 in sets to start the season as they have only dropped two this season (at the NIKE Invitational in Norman, Okla.)

From the Colorado SID:

Junior Alexa Smith leads the Buffs and ranks sixth in the Pac-12 with 4.29 kills per set. She is also 10th in the league in hitting percentage at .377. Three of Smith’s teammates are hitting higher than her, including Pac-12 leader senior Anna Pfefferle at .508. Junior Naghede Abu is fourth in the conference (.413) and senior Joslyn Hayes ranks ninth (.387).

Colorado’s offense is being directed by freshman setter Brynna DeLuzio. She is third in the Pac-12, 17th in the NCAA, with an 11.70 assists per set average and has directed the Buffs to the league’s second best hitting efficiency (sixth in the NCAA) at .326. Defensively the Buffs are led by Abu, who is recording 1.65 blocks per set (16th in the NCAA, fourth in the Pac-12). Junior Gabby Carta-Samuels is seventh in the conference with a 3.67 digs per set.