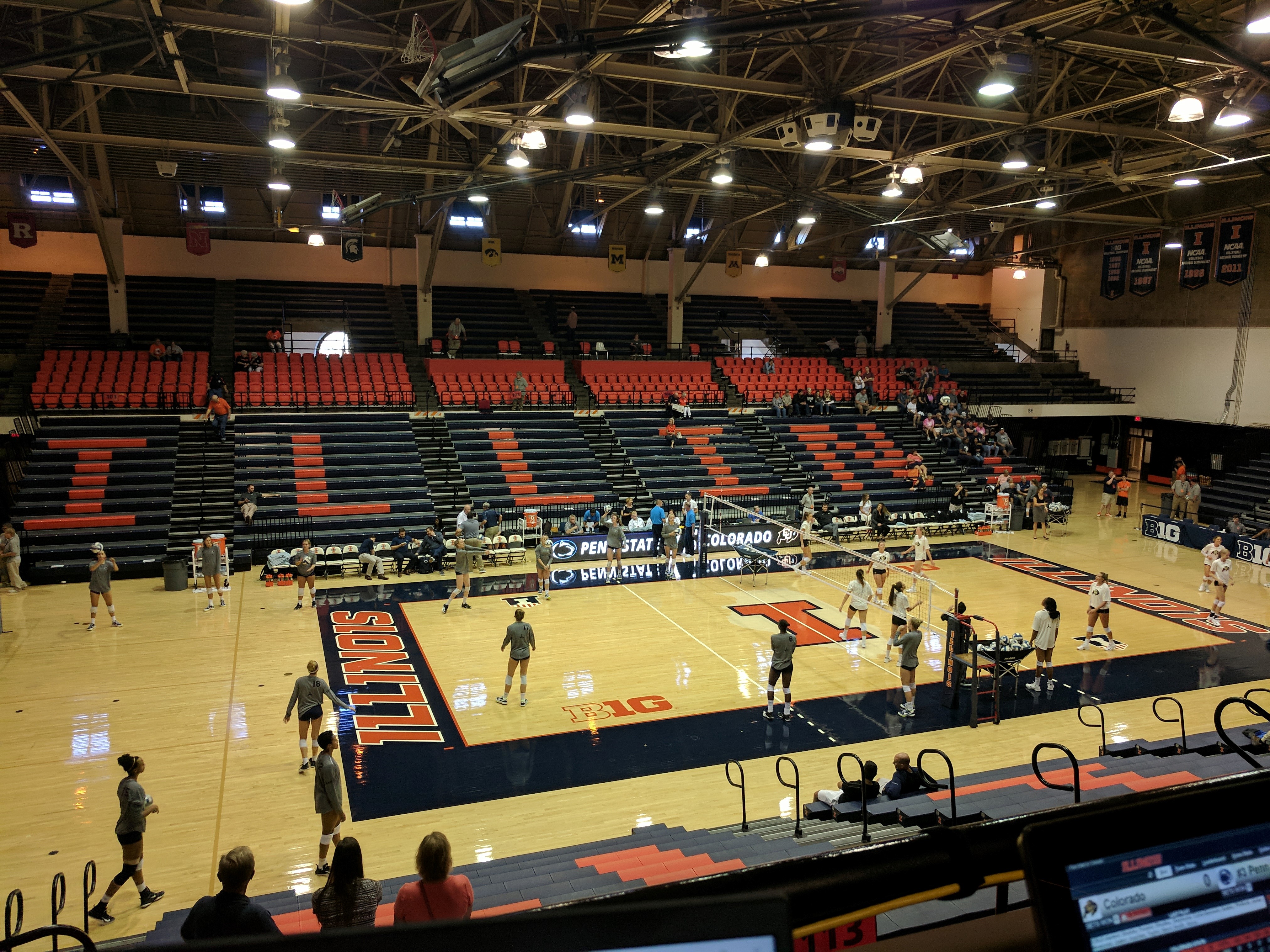 We caught up with Coach Rose after the match.  Here’s what he had to say:

I thought we played hard, but we needed to.  Colorado is a good team, they play really fast, and we had a lot of problems with that last weekend against Texas A&M.  We got a couple of early leads and Colorado battled back.  It was a good match for us.  They beat us last year, so I’m sure the players wanted to have a better outcome than last year.  I thought we had good production.

Simone Lee was very good tonight [11 kills and 8 digs — which put her over 300 digs for her career], and I thought Ali Frantti played well [17 kills to lead all players, hitting .469, with 6 digs].  We kind of had a revolving position out there.  Abby Detering played well — she plays really hard [Detering had 10 kills, hitting .692, and added 21 assists.  Setter Bryanna Weiskircher registered 27 assists and added 10 digs.]  And  Kendall White was good [she led all players with 14 digs.]  When we pass well, we have options.  Tori Gorrell didn’t play a lot [but led the team with three blocks.]

But we’re going to have to be a lot better tomorrow against Stanford.  Stanford is much different with [6-8 RS] Merete Lutz back in the lineup. 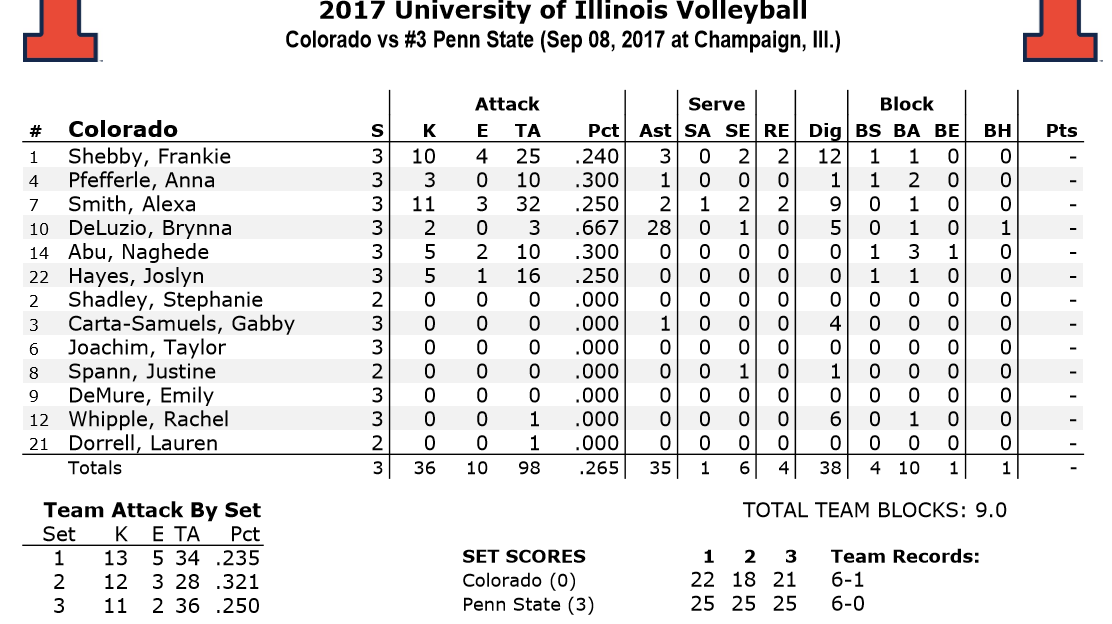 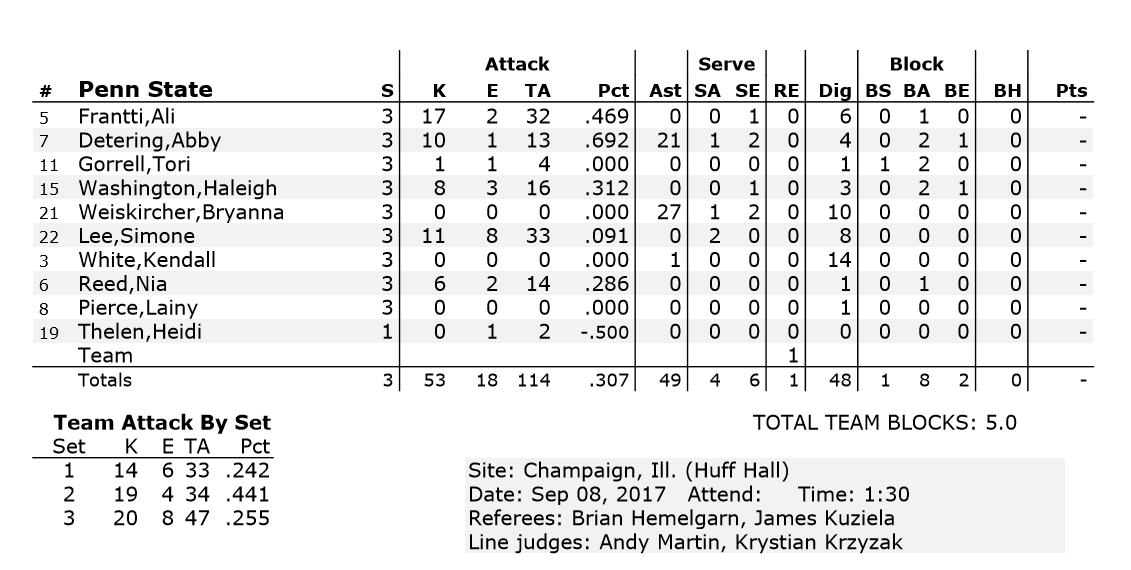