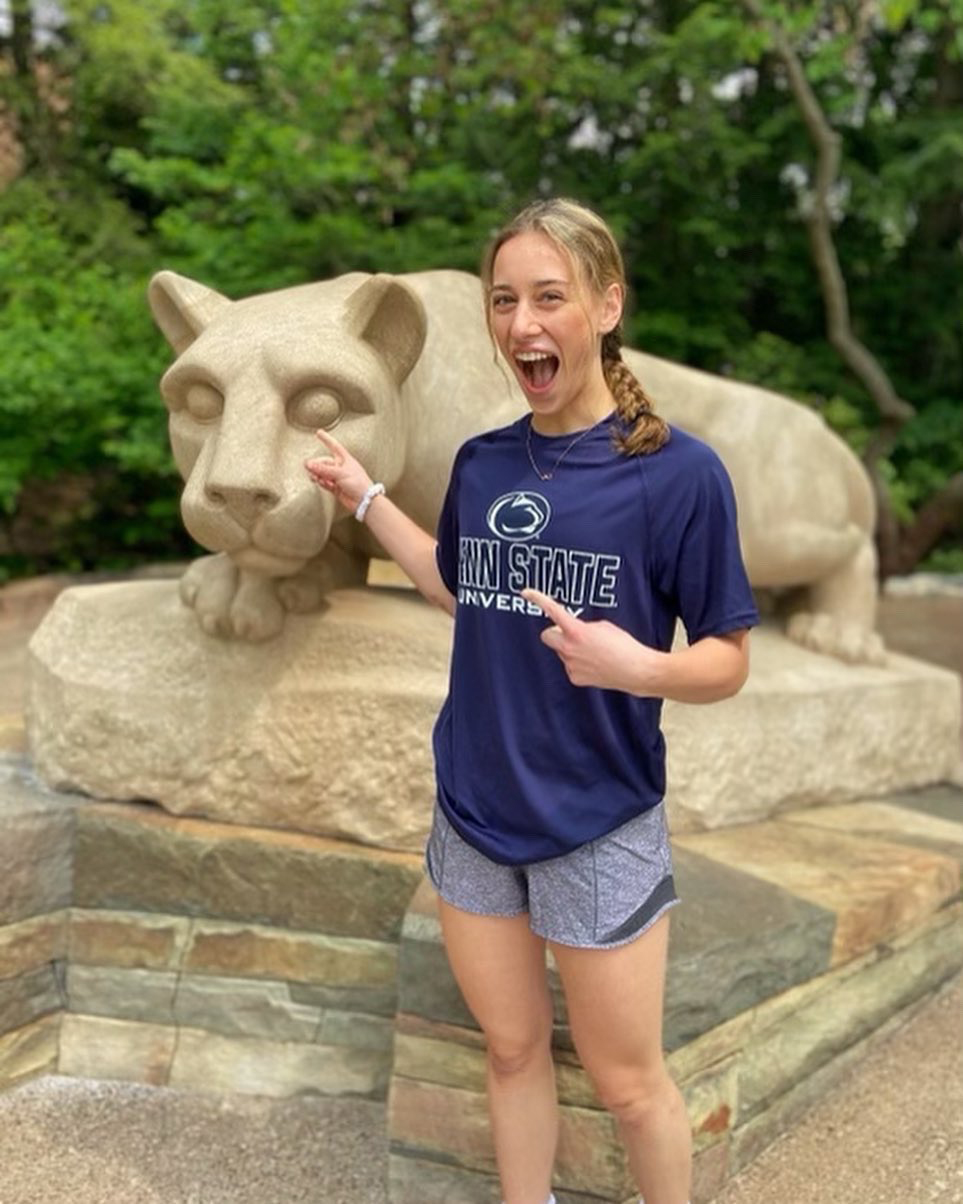 I am SO beyond excited and grateful to announce that I have verbally committed to Penn State to continue my academic and volleyball career!! The BIGGEST thank you to my parents, family, teammates, coaches, and every single person that I have met on this journey. WE ARE!!!💙🦁 pic.twitter.com/XaPtHHXylI

Last Sunday, Falduto participated in Penn State’s 7 Star Camp at Rec Hall, showcasing her skills alongside several other top prospects from around the country. Falduto took home top libero honors for the camp and looked at ease spending time with current Penn State players and the coaching staff.

Falduto is a rising junior at IC Catholic Prep and plays her club volleyball for New WAVE, based out of Darien, Illinois. Falduto participated in the U.S. national team development program’s spring training series May 6-8 in Northbrook, Illinois, alongside incoming Penn State freshman Katie Hurta, a setter/right-side hitter from the 2022 recruiting class.

Falduto and her club teammates are in Orlando, Florida, for the 49th annual AAU Girls’ Junior National Volleyball Championships. She and the rest of the 2024 recruiting class were finally able to hear from college coaching staffs on June 15. Before that date, prospects from her class had to initiate communication with coaches due to NCAA rules.

Falduto’s commitment continues a strong run for head coach Katie Schumacher-Cawley in her home state of Illinois, as the Nittany Lions also landed Hurta and libero Gillian Grimes from the Chicago suburbs this spring. Falduto is one of the nation’s top liberos next cycle, and her presence in Penn State’s 2024 recruiting class will undoubtedly help attract other talented players to the program.

Although Falduto still has two years of high school volleyball left, Penn State fans should be excited about her upcoming playing days at Rec Hall. Falduto is sure to turn heads with her quickness and ability to cover a large portion of the court defensively.

COMMITTED: Falduto to Penn State. Here is our official post for our 2024 libero @AvaFalduto who verbally committed on Saturday to play @PennStateVBALL Congrats on achieving a life-long goal – clips are from AAU’s @DigNittany @PrepDig @Jimmy_PVB @VBMagazine @IccpGirlsBball pic.twitter.com/jzD5c8jpjO

Here’s a video with some of Ava’s Northern Lights Qualifier highlights:

And here are some Triple Crown 2022 highlights: