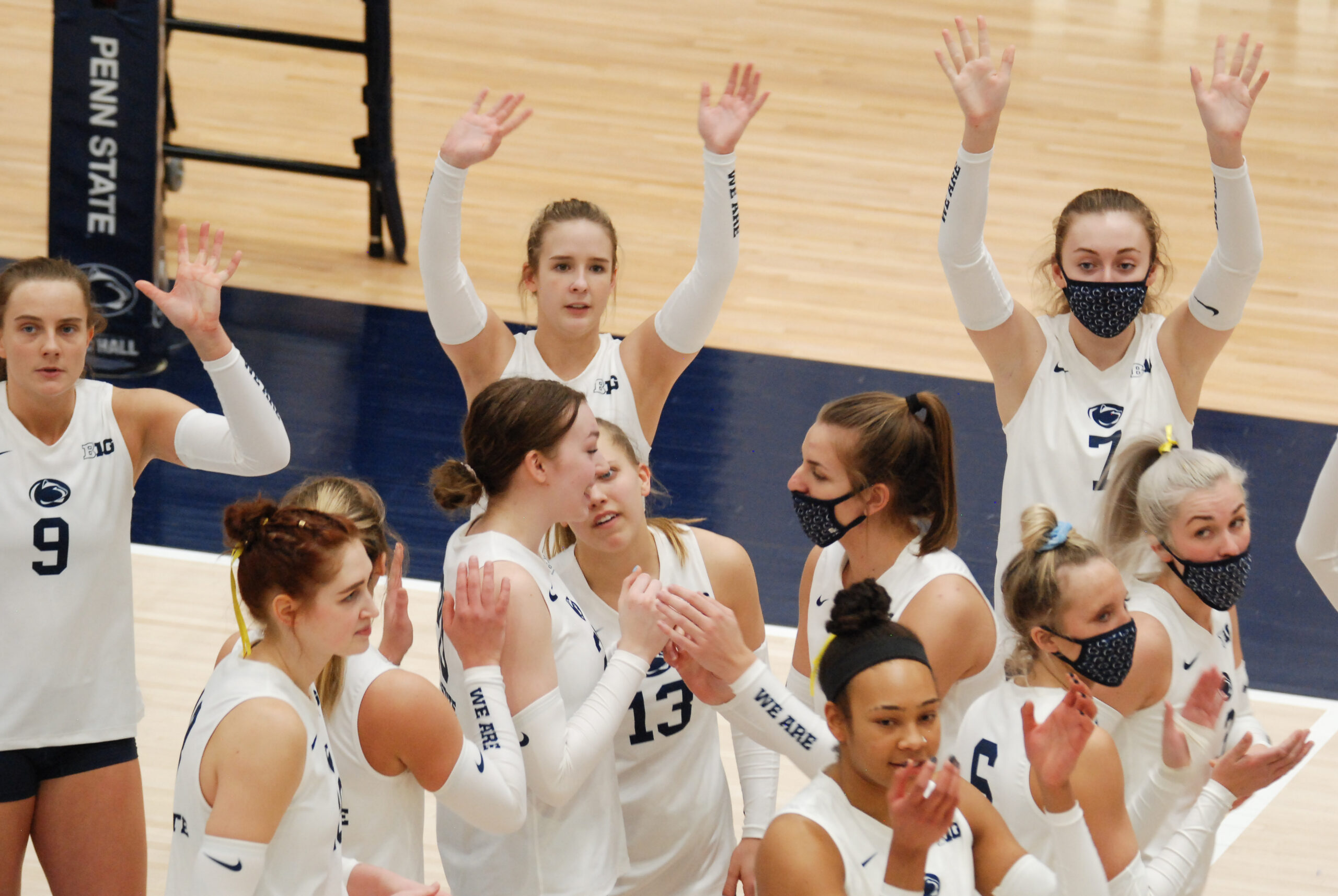 Starck and Muisenga signed with the Nittany Lions on November 11, 2020 as part of the program’s five-member 2021 recruiting class. The duo were also named Under Armour All-Americans, but were unable to participate in the traditional showcase match due to COVID-19.

Starck, a 6-foot-2 outside hitter from Rampart High School in Colorado Springs, will join a crowded competition for playing time when she arrives on campus later this offseason. The Nittany Lions recently added Adanna Rollins and Erika Pritchard via transfer and return last season’s starters at the position in AC Fitzpatrick and Anastasiya Kudryashova.

Muisenga, a 6-foot-1 setter from Wheaton, Illinois, who is the latest Division I recruit from powerhouse Benet Academy, will have the chance to learn from All-American Gabby Blossom and Emily Oerther to begin her college career. Muisenga led the Redwings to a 4A state championship as a junior in 2019 in her first season as the starting setter.

Following Thursday’s announcement, Starck and Muisenga now give the Nittany Lions 43 Gatorade State Players of the Year since the award’s inception. Both Starck and Muisenga’s seasons were pushed to the spring. Blossom, Fitzpatrick, Jonni Parker, and Macy Van Den Elzen are the other players on this year’s roster to have won the award.

“I was looking at a few other schools in the Big Ten and the SEC, but I ultimately chose Penn State because of the culture,” Muisenga told DigNittanyVolleyball in April 2020. “After my first camp, I knew it was where I wanted to be. It is a very successful program with a great coaching staff and I admired the team and their work ethic. I also loved the campus and the people I met.”

Starck, who is considered a top 10 prospect from the 2021 recruiting class, shared why she committed to the Nittany Lions over Stanford, Kentucky, Florida, Southern California, and UCLA. Her mother, Errica (Hibben) Starck, was a four-year starter at the University of Texas from 1989-92 and still holds the career blocks record there with 531.

“I love the tradition and gym culture at Penn State,” Starck said. “Coach Rose knows how to get the best out of all of his players. What really sold it for me was the coaches, fan support, and having the opportunity to play in Rec Hall.”