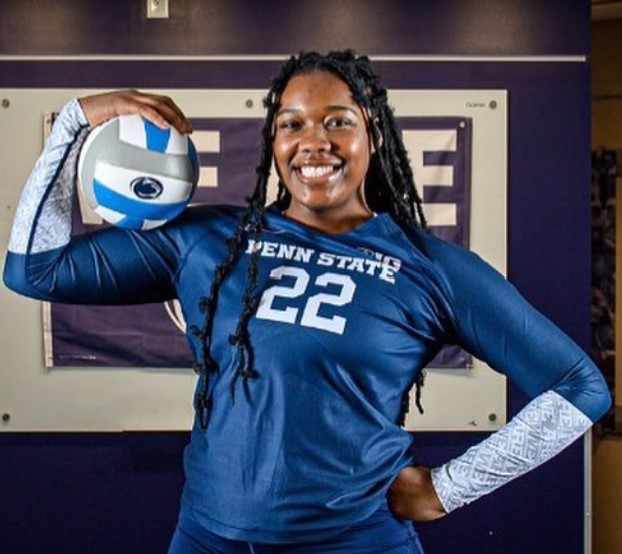 Weatherington’s commitment continued a strong February for Katie Schumacher-Cawley and the rest of Penn State’s staff on the recruiting trail, as outside hitter Kashauna Williams and middle blocker Taylor Trammell already picked the Nittany Lions this month.

Weatherington, a 6-foot-2 member of the 2019 recruiting class from Charlotte, North Carolina, has two seasons of eligibility remaining. She racked up 635 kills, 140 digs, 131 total blocks, and 39 starts in three seasons with the Utes.

Her mother, Karen Weatherington, is entering her eighth season as head coach of the UNC Charlotte volleyball team this fall, so volleyball certainly runs in her family. Zoe began playing the sport around the age of 9.

Weatherington, who played club for Carolina Rogue, also shined as a three-time captain and four-time all-state selection at Charlotte Country Day School, leading her team to a North Carolina state championship as a senior in 2018 before heading to Salt Lake City to begin her college career.

She was an international studies major at Utah and expressed interest in attending law school after completing her undergraduate degree during an interview her freshman year with the student newspaper, the Daily Utah Chronicle.

Weatherington’s addition gives the Nittany Lions another experienced outside hitter who will make the competition for playing time even more interesting heading into the 2022 season.

Here’s a link to a highlight video of Zoe, posted by Penn State: