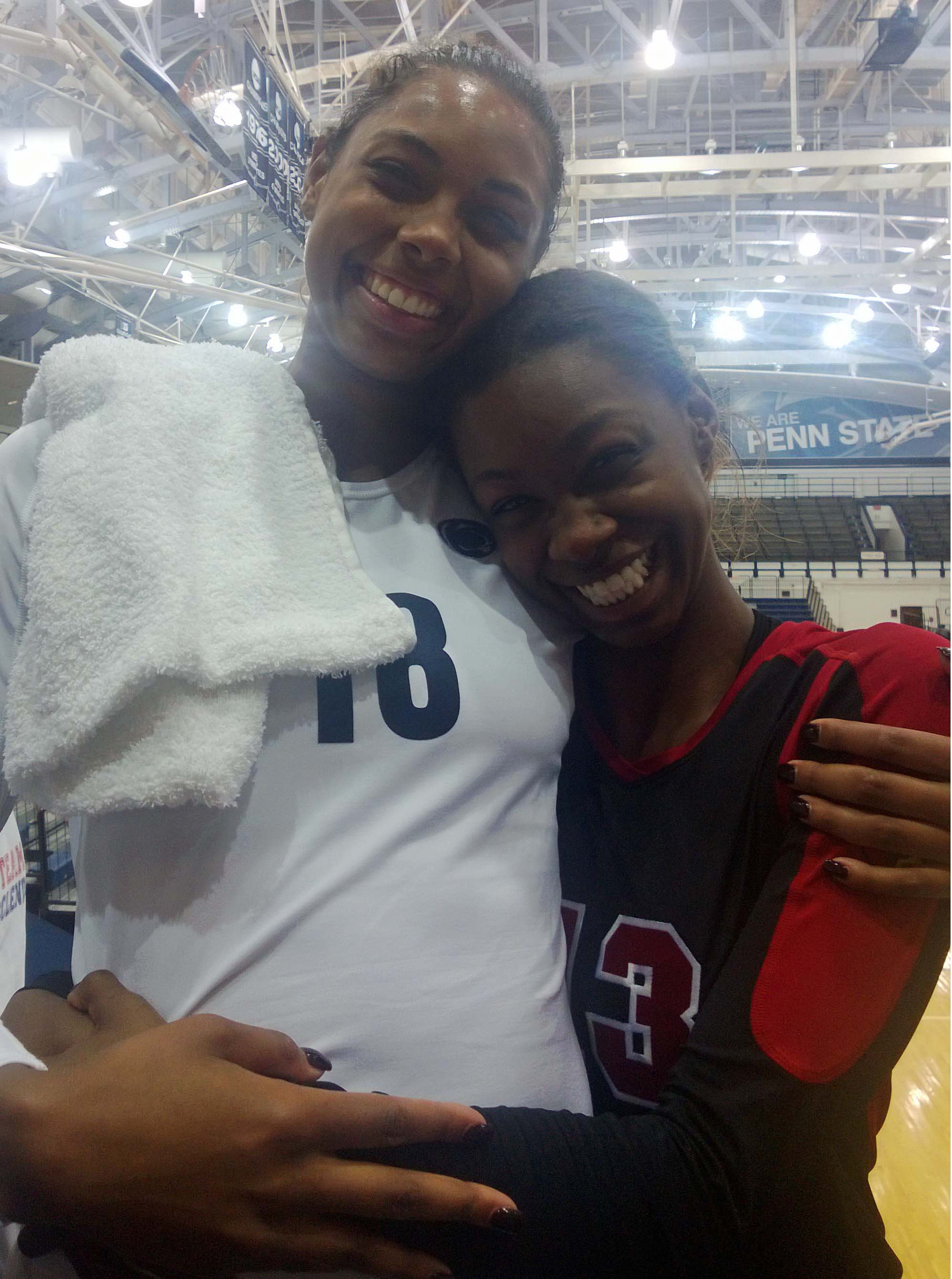 Deja and Maya: Watt a pair of smiles!

“I thought we played really hard and I thought that we had some pretty good passing. Micha (Hancock) did a nice job getting the ball to Katie (Slay) and Nia (Grant) in the middle, so those two were really key along with Deja (McClendon), who did an awful lot for us tonight too.” Head Coach Russ Rose after Friday’s match against Tauron MKS.

At first, it looked like Friday night’s match between the #2-ranked Penn State University women’s volleyball team and Tauron MKS Dabrowa Gornicza, the Polish professional team kicking off an eight-match tour of the United States, might never get started.  The recording of the Polish National Anthem (a very nice anthem, don’t get us wrong) went on, and on, and — well, let’s put it this way: even the MKS players were giggling.

Of course, from a statistical standpoint, this exhibition match doesn’t count towards Penn State’s 2013 record, so in a sense, it never happened.  But if it had happened (statistically speaking), 6-6 Sr. MH Katie Slay (a team-leading 13 kills — how often has that happened?), 6-1 Sr. OH Deja McClendon (12 kills), 6-2 RS Fr. OH Paulina Prieto Cerame and 6-4 Sr. Opp Ariel Scott (eight kills each) would have had impressive statistical performances.  Slay also registered six total blocks, while 5-11 Jr. setter Micha Hancock’s 37 assists guided the offence to a .273 attack percentage. 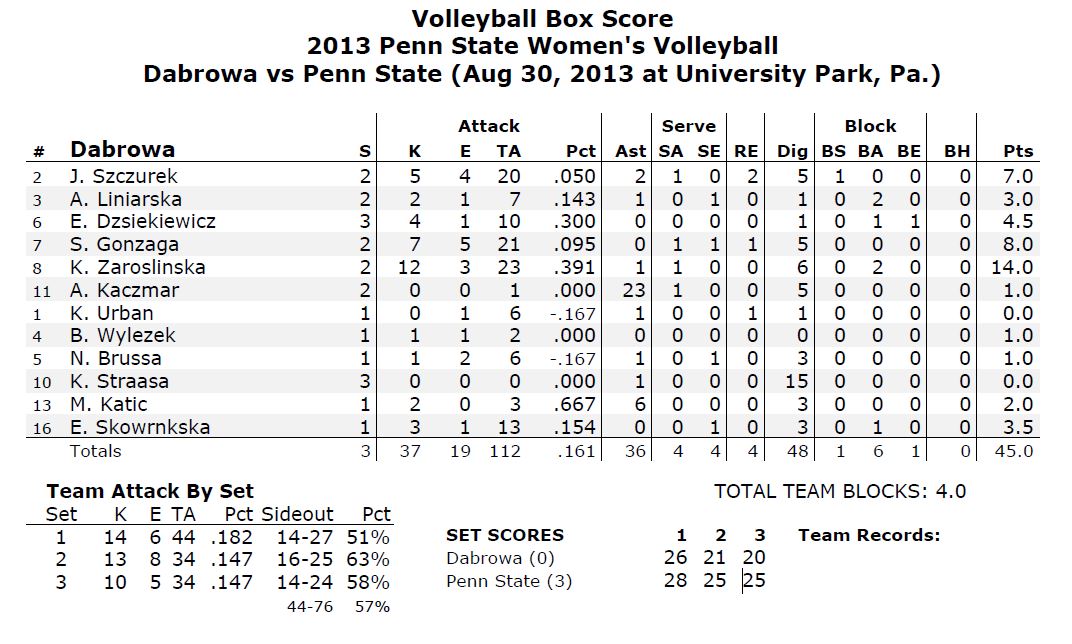 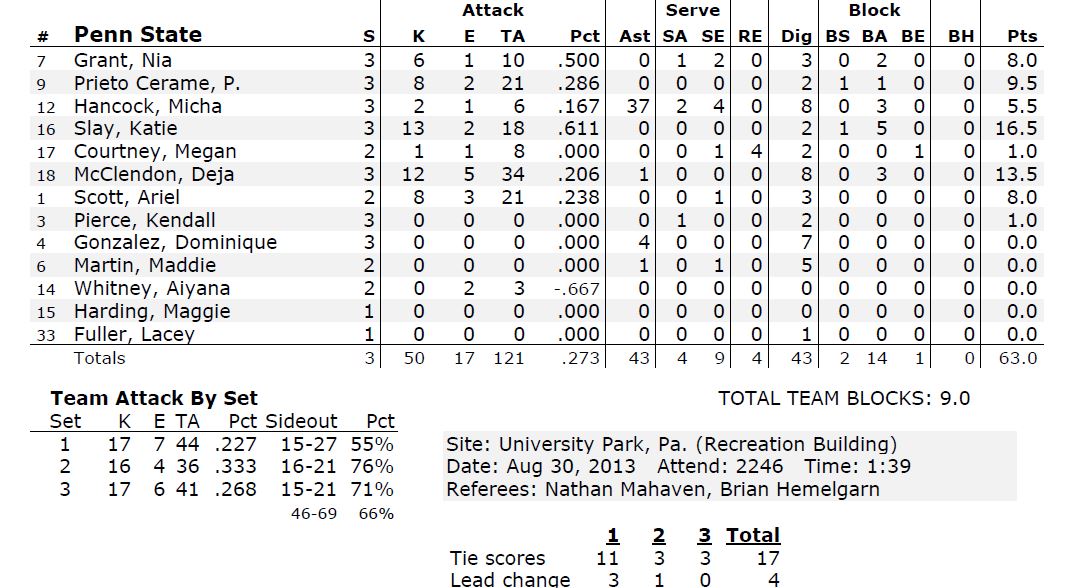 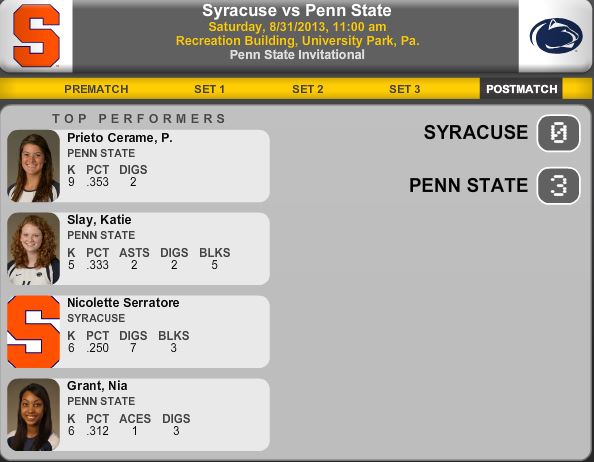 6-2 RS Fr. OH Paulina Prieto Cerame  had another impressive performance, as her nine kills led Penn State (, 6-2 Jr. MH Nia Grant totaled six kills). 6-5 RS So. OH Aiyana Whitney , seeing her first action since the 2011 season, posted six kills in only one set (according to some observers, two of her kills were the two best swings by anyone in the tournament). 6-6 Sr. MH Katie Slay led the Nittany Lions with five blocks (two solo blocks); 5-11 Jr. setter Micha Hancock totaled 30 assists, as she directed the offense to a .313 attack percentage. 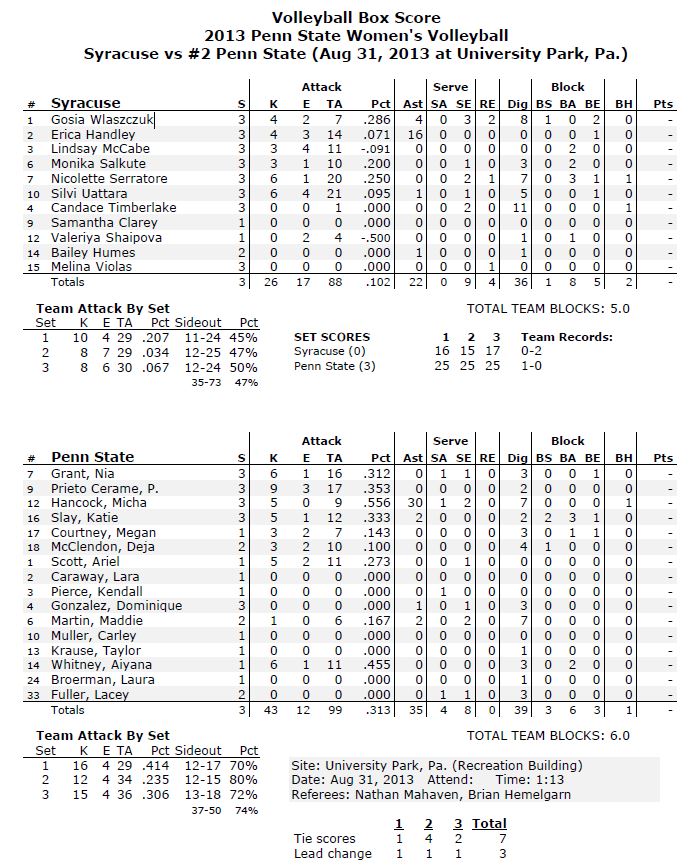 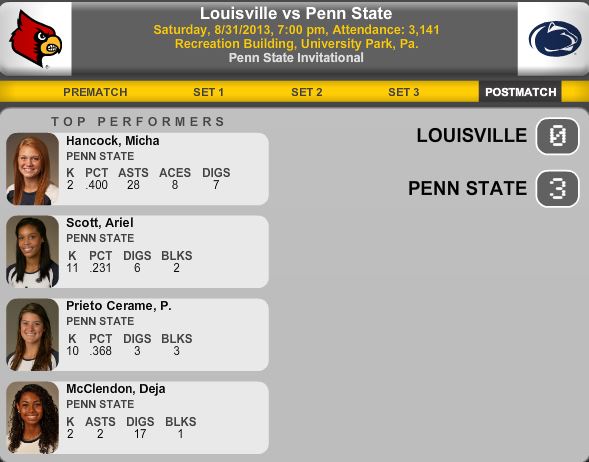 This was a matchup in which “Team McClendon” — the army of relatives of Penn State’s 6-1 Sr. OH Deja McClendon  and Louisville’s 5-9 Fr. OH Maya McClendon — managed to combine enthusiasm with balanced neutrality, as they cheered on both sisters throughout the match.

Hancock was named MVP for the Penn State Invitational, and was joined on the All-Tournament Team by Slay and Prieto Cerame. 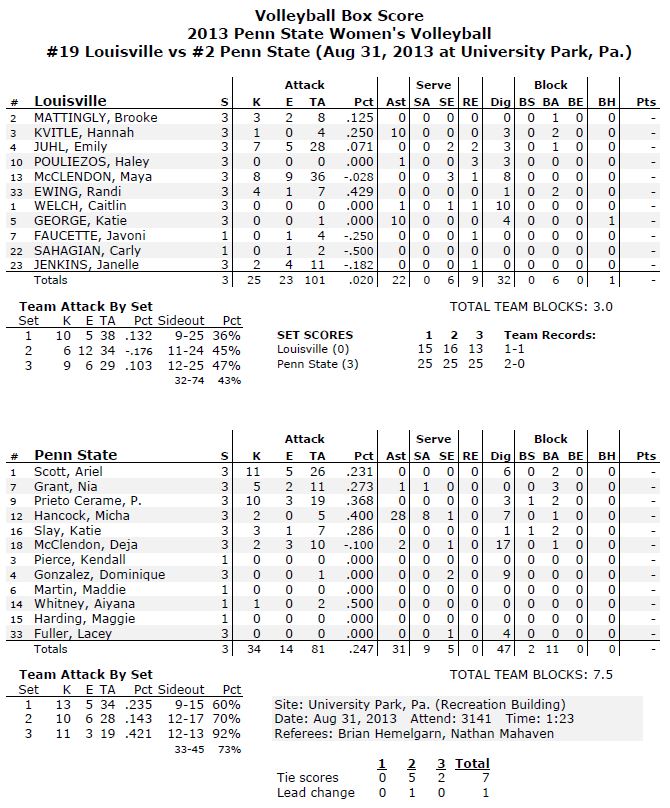