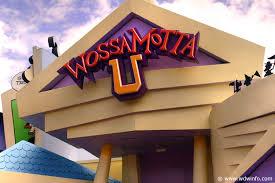 Mike Krause, the Parkland High School Girls Volleyball Head Coach, was at South Gym of Rec Hall on September 5th, giving a presentation on volleyball strategies.  The session was sponsored by the Penn State Women’s Volleyball Booster Club, and was open to the public.

The gym was packed, and it proved to be a terrific opportunity for fans (like us) who love the sport, but who may not have had the playing or coaching background to fully appreciate all of the nuances of the sport.  The session covered:

The session was videotaped, and Mike Krause and the Penn State Women’s Volleyball Booster Club kindly gave us permission to post the video here on DigNittanyVolleyball.  Take a look (there may be a quiz):

During his coaching career of more than 30 years, Mike Krause has served as head coach of Muhlenberg College, Lehigh University and Kutztown University, and has coached middle and high school teams and both boys and girls. He is currently the head coach of Parkland High School in Allentown, Pennsylvania, which he coached to the 2014 and 2011 PIAA State Championship, and to the PIAA Silver Medal in 2012, when he was named the Pennsylvania Coach of the Year by the National Federation of High School Sports. Mike Krause is a member of the Pennsylvania Volleyball Coaches Hall of Fame. And yes, his daughter, Taylor Krause, is a member of the Penn State University Women’s Volleyball Team.