“It was a big-time environment tonight. We’re really proud of the university and community’s support, and where they’re helping us take this program.  Penn State’s playing really well as they prepare for the postseason. I obviously have a tremendous amount of respect for Russ Rose and his program and players. It’s a learning experience for this team and our young players, and I think we’re getting better and making improvements with each match.”  Maryland head coach Steve Aird, courtesy of umterps.com. 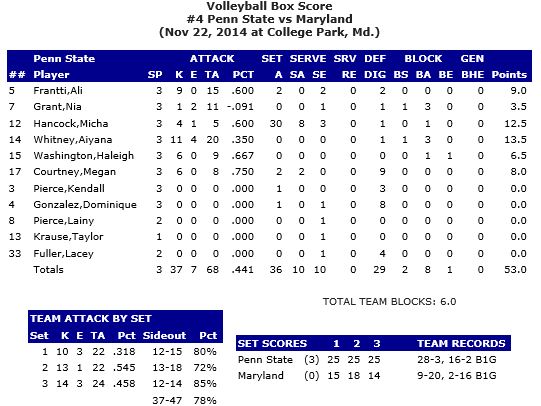 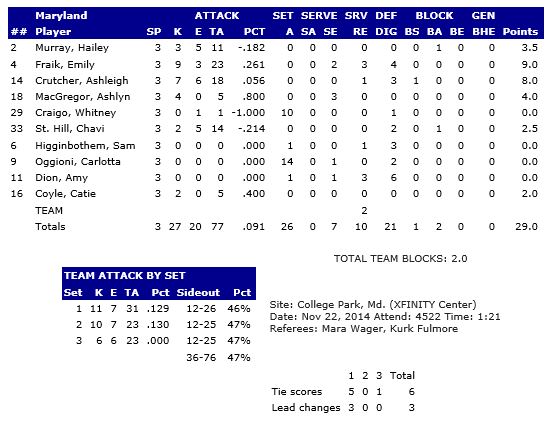