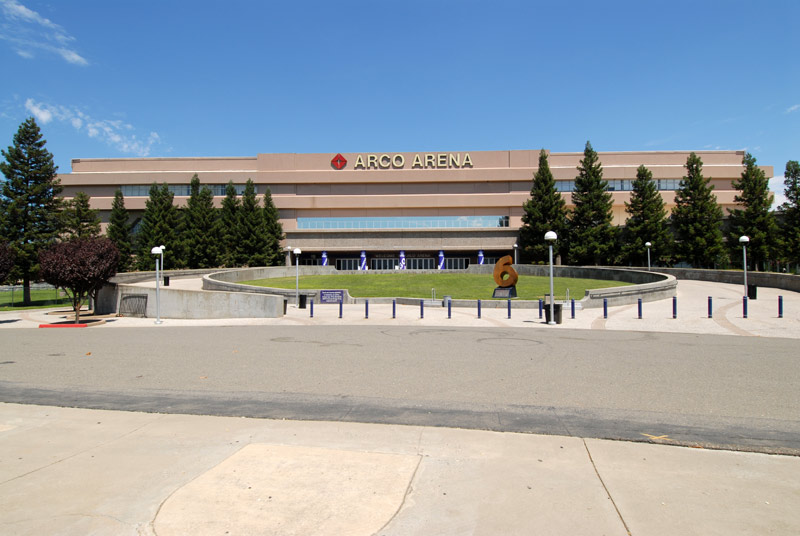 Back in November, we looked at the recruiting classes from 2004 to 2009 that were signed by Florida, Nebraska, Penn State, Stanford, Texas, and USC.  To look at that post, Click Here.

We chose those programs because they all are among the premier programs in the country, year-in and year-out, and chose that time frame because it allowed us to look at at least four classes for each of the 2007, 2008, and 2009 seasons — which, not coincidentally, are the seasons in which Penn State won its three consecutive NCAA Championship seasons.

We limited the pool of recruits to players who were ranked in the top 20 of their respective classes by prepvolleyball.com (as reported by the schools themselves or other publicly available sources).

Our highly subjective, influenced by extreme observational bias, conclusion?  The not-so-earth shattering notion that success in NCAA Division 1 Women’s Volleyball isn’t all about recruiting.  All six schools attracted many high-profile recruits during that six year period, and several schools recruited just as well as, or better than (based on the perceptions at the time, not hindsight), Penn State, the eventual champion in the 2007-2009 time-frame.

In today’s post, we zoom in on only one year — 2007, focusing on how those six teams performed in the 2007 NCAA Tournament and the high-profile recruits they had on their rosters.

We start by looking at the AVCA Coaches Poll preseason rankings for our teams, compare that to a summary recruiting table showing the top-ranked recruits who were on the 2007 rosters of our teams, and discuss how each of the schools viewed their prospects for the 2007 season.  We include complete, sortable 2007 rosters for each team, with links to each player’s bio.

Finally, we take a look at how each of our six teams did in the 2007 NCAA Tournament, as well as the performance of three other teams –California, UCLA and Washington — we had the poor judgment not to include in our six-team cohort.

Given the recruiting success — and success in 2006 — of the six teams in our cohort, it shouldn’t be surprising that all six were ranked among the top eight teams in the 2007 Preseason AVCA Poll, as shown in the table below.  Two teams we didn’t analyze — UCLA and Washington — also made the AVCA preseason Top 8.  Both those teams made the NCAA Semi-Finals in 2006.

[Editors Note: No slight intended to Bruin and Husky fans — we had to draw the line somewhere, and did so in what undoubtedly was a wholely unsatisfactory manner.]

We’ve also created the following table, showing the total Top-5, Top 6-10, Top 11-20 recruits, and Total Top-20 recruits on the  rosters of each of our six schools for the 2007 Season.  Based on these totals (and emphasizing once again, viewing them from the perceptions at the time, not hindsight), you could make a case for any of our six schools as a candidate for 2007 National Champion. If you continue reading the next section — 2007 Preseason Outlook — you’ll find that each of the six schools did precisely that (some more emphatically than others).

2007 Preseason Outlook: How the Teams Saw Themselves (with Sortable Rosters and Recruiting Information)

The Nebraska volleyball team finds itself in a familiar position, as the Huskers were selected as the nation’s top-ranked team in the CSTV/AVCA Division I Coaches Top 25 Poll released Tuesday afternoon.  The Huskers, who finished 33-1 en route to the school’s third NCAA title in 2006, return five AVCA All-Americans among their nine returning letterwinners, highlighted by AVCA National Players of the Year Sarah Pavan and Christina Houghtelling. 2007 preseason press release, GoHuskers.com.

An even bigger plus was the much-anticipated return of 6-2 Sr. OH Christina Houghtelling, who had been the 2005 AVCA National Player of the Year but who had missed the 2006 season following shoulder surgery.

Still, Nebraska understood there would be challenges in 2007.  Among Nebraska’s many accomplishments in 2006 was to become the first women’s volleyball team in Nebraska’s history to win a regional title on the road.

Their victories in the Semi-Final and Final, however, had  come in the the relatively friendly confines of the Qwest Center, in Omaha Nebraska (where, the  2007 Nebraska Media Guide informed us, the Cornhuskers had overcome the “burden of being the favorite in front of the largest [crowd] in college volleyball history.”)

Editor’s Note: In 2008, that 2006 attendance record was broken at the 2008 NCAA National Semifinal match between Penn State and Nebraska, which was watched by a crowed of 17, 430.

Although that burden would be avoided in 2007 — the 2007 NCAA Finals were scheduled for the ARCO Arena in Sacramento California — if Nebraska made the 2007 Finals, the change of venue would likely pose different challenges for Nebraska.

We all feel that the upcoming season is a great opportunity.  We have an experienced, talented and motivated team. If we work hard every day, compete for positions and develop into a team, we will have a memorable season.  Stanford Head Coach John Dunning, quoted in April 14, 2007 press release by gostanford.com.

Adding even more firepower was Stanford’s four-person freshman class, which was considered by many to be the best in the nation.  The headliner was Gatorade National Player of the Year 6-4 OH Alix Klineman, with 6-4 MB/OH Stephanie Browne ranked #16, 6-1 OH/S Cassidy Lichtman ranked #20, and 5-7 L/DS Gabi Ailes having been the Nebraska State Player of the Year.

The preseason coaches poll is based on potential not performance.  We have to work hard and see if the results on the court will match up to the goals of the team.  Penn State Head Coach Russ Rose, quoted in GoPSUsports August 14, 2007 press release.

Texas also welcomed yet another stellar recruiting class — this one named #2 in the nation, led by 6-2 OH Juliann Faucette and 6-5 utility player Jennifer Doris, plus 6-2 utility player Elizabeth Graham, 5-9 DS Chelsey Klein, and 5-9 DS Alexandra Lewis.  Faucette was named Big 12 Preseason Rookie of the Year (an award we think falls into the “Why?” category).

UCLA — not one of our six cohorts (but proof, if proof were needed, that there are many excellent NCAA Division 1 Women’s Volleyball programs) —  returned 11 letterwinners and four starters from its 33-4 2006 squad, which had lost to Nebraska (3-1) in the 2006 NCAA Semi-Finals (its first Final Four since 1994).

I think we should be the hunt for the national championship.  I will be very disappointed if we don’t continue to get better as the season progresses. We will not be Final Four-caliber at the start of the season but by November, we should be very good. It’s important for the freshmen to learn how to develop practice intensity and how to prepare. We need to learn how to finish better, but if we are able to handle the challenges, we should have an opportunity to play for a national title.  Head Coach Mick Haley, quoted in USC’s 2007 Season Outlook.

USC returned 10 letterwinners and seven starters from its 27-5 2006 team.  It lost four players to graduation, with the key loss being 5-5 L Debora Seilhamer (2006 Asics/Volleyball Magazine Defensive POY and 2006 3rd-Team AVCA AA), who set the USC and Pac-10 Conference career marks for digs.

Two highly-touted freshman for USC were 6-2 OH Kimmee Roleder, who had played on the U.S. Junior National Team in 2007 and traveled to Thailand for the Junior World Championship, and 6-3 MB Zoe Garrett, who also played with the 2007 U.S. Junior National Team, and finished second in blocks among all players at the Junior World Championship in Thailand.  Commenting on his freshman class,  Mick Haley said:

These freshmen have the ability to drive the other team off the net with their serving and that’s special for a group of young players. With the talent amidst a large roster, USC is aware of its potential and chances for a long postseason run.

2007 Tournament Results (With a Few Facts You Might Not Remember)

There were no major upsets in the Stanford bracket, as #1 seed Stanford advanced to the Final Four with a 3-1 victory over UCLA.

The biggest “upset” in the Gainesville bracket (if you view a #5 seed sweeping a #4 seed as an “upset”), was #5 seed USC’s sweep of #4 seed Texas.  Adding to the impact was that the loss ended Texas’ 24 match win streak.

The University Park bracket witnessed a major upset when unseeded and unranked BYU defeated #6 seeded (and 2006 NCAA semifinalist) Washington (3-2) in the 2nd Round on Washington’s home court.  Prior to the loss, Washington had a 13-0 record at home in NCAA Tournament play.

A second major upset was unseeded Middle Tennessee’s 2nd Round defeat of #11 seed Hawai’i – the first time in school history Hawai’i lost in the second round. In a third upset in the bracket, unseeded Michigan downed #14 seed Colorado State.

#3 seed Penn State swept each of its opponents.  Big Ten Freshman of the Year Arielle Wilson was named the regional Most Outstanding Player.

The biggest upset in the 2007 NCAA tournament occurred in the Madison Regional Final, where #10 seed California swept Nebraska, the #2 seed and the defending NCAA Champion.  Nebraska had narrowly averted defeat in the Regional Semi-Finals, coming back from a two game deficit to defeat unseeded Michigan State.  With its victory, Cal moved on to the Final Four for the first time in school history.

And one more time — a look-back at recruiting: