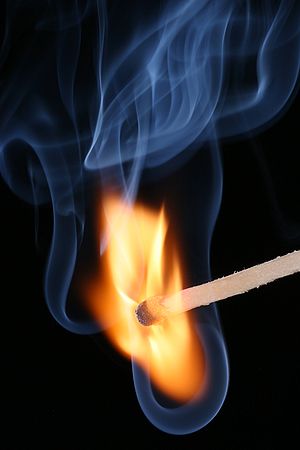 Katie Slay and Penn State: a match made in heaven? 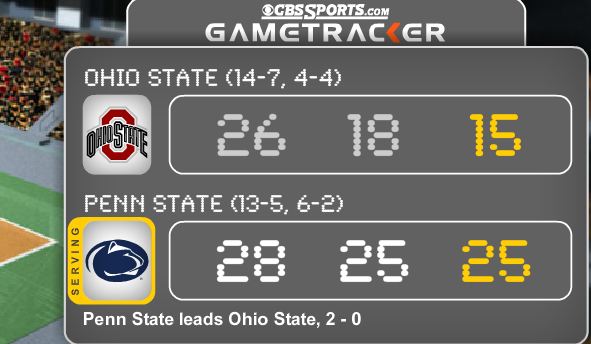 On a night when Deja McClendon left the match midway through the first set with what appeared to be a twisted ankle, the crowd almost certainly would have traded a sweep for a healthy Deja.

As it turned, that wasn’t necessary, as McClendon started the second set and proceeded to have a very solid match, totaling 7 kills with a .385 attack %.  But the leaders for Penn State were MHs Katie Slay, with 9 kills (.438 attack %) and 8 blocks, and Nia Grant, with 9 kills (and an eye-popping .818 attack %).  Maddie Martin quietly put together a solid performance with 7 kills (.400 attack %), including a very weird two-handed backwards hit meant only to clear the net, which somehow grew eyes to fall in the one spot where the Buckeyes weren’t.   Micha Hancock directed the team to a .389 attack %.  Improvement?  If you didn’t answer “yes,” please move into the section marked “very tough crowd.”

Here are the stats for the match: 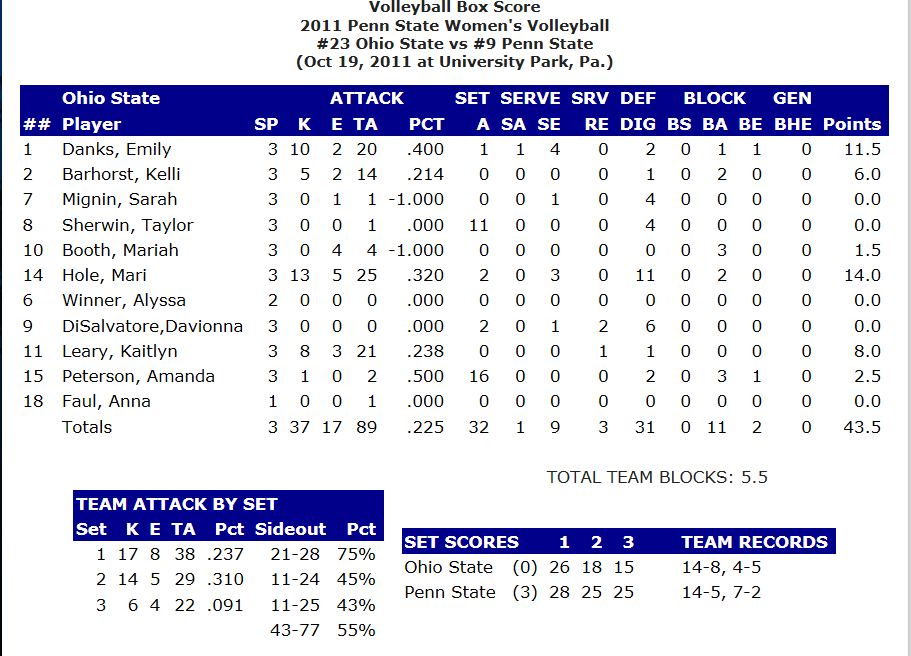 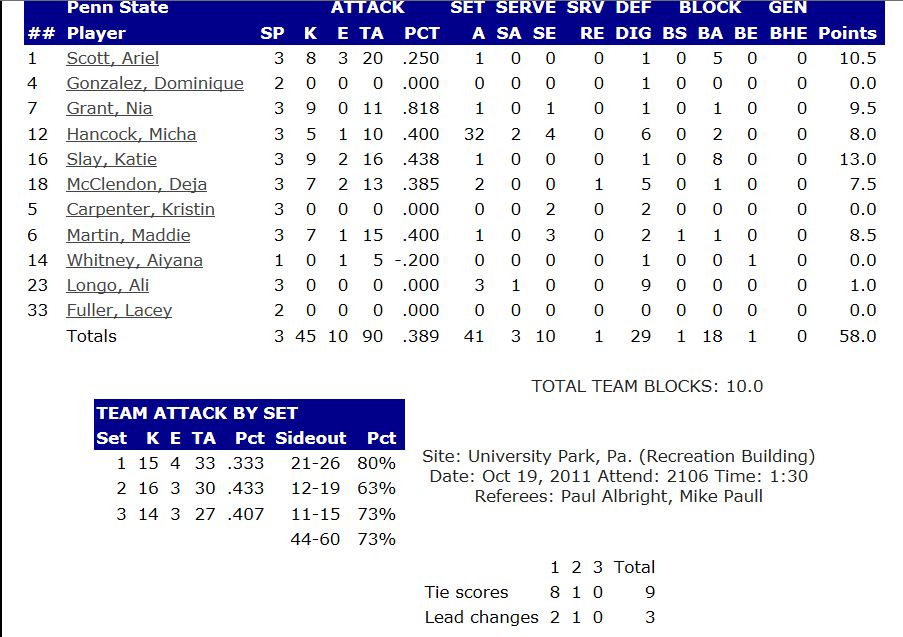