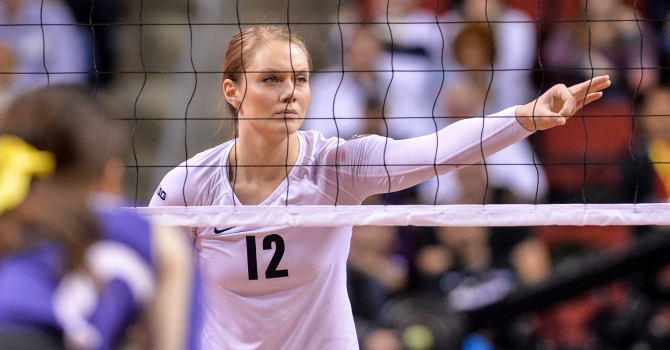 GoPSUsports.com: No. 7 Women’s Volleyball Pushes Past No. 14 Purdue

PurdueSports.com: No. 7 Penn State Tops No. 14 Volleyball In Five Sets

The Boilermakers outhit the Nittany Lions .242 to .216, holding PSU well below its season average of .352, which is best in the nation. Purdue also outdug Penn State 64 to 59 and was within half of block of the Nittany Lions (11.5-11). PSU won the serving battle with 11 aces to Purdue’s two. 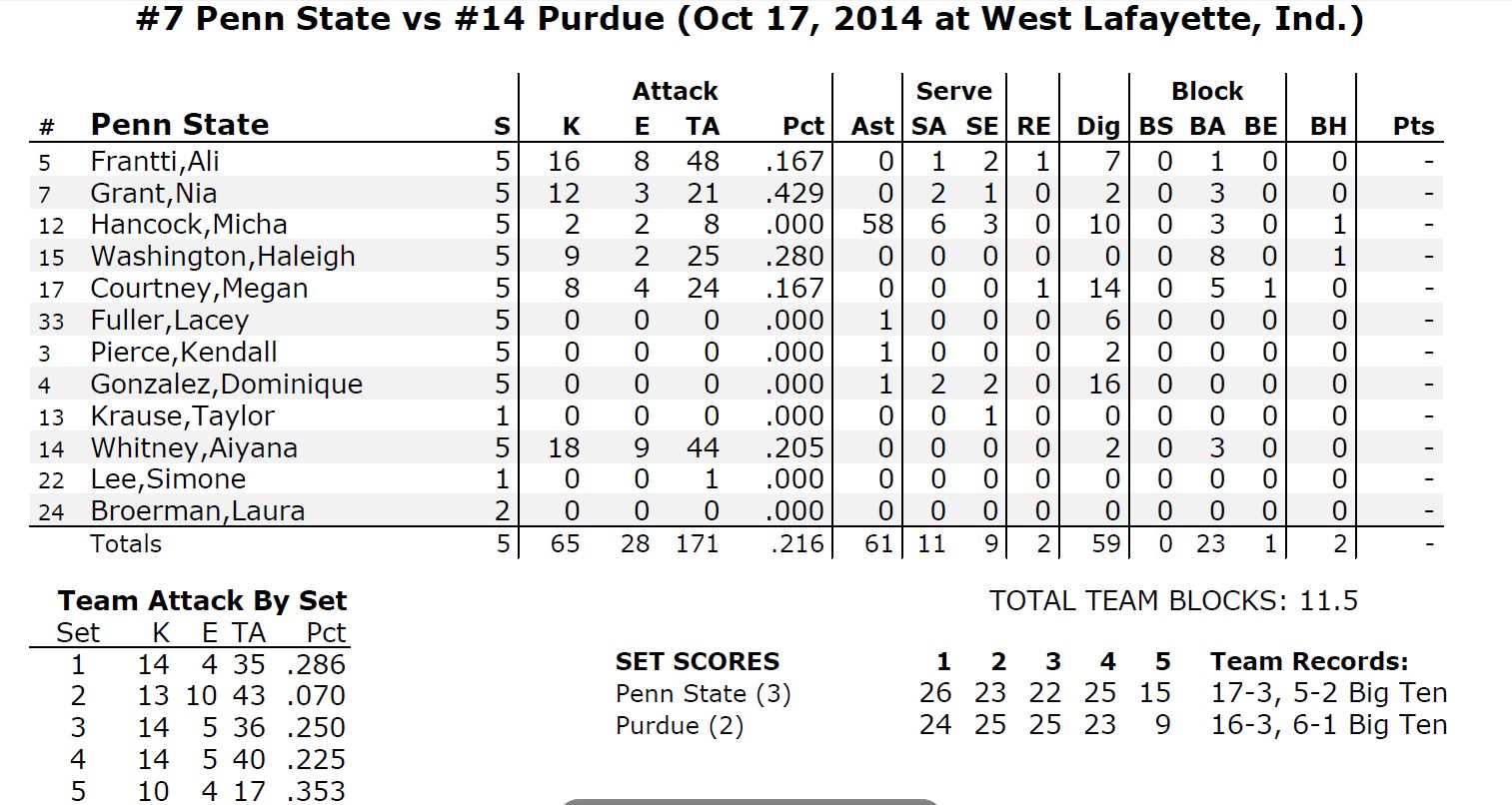