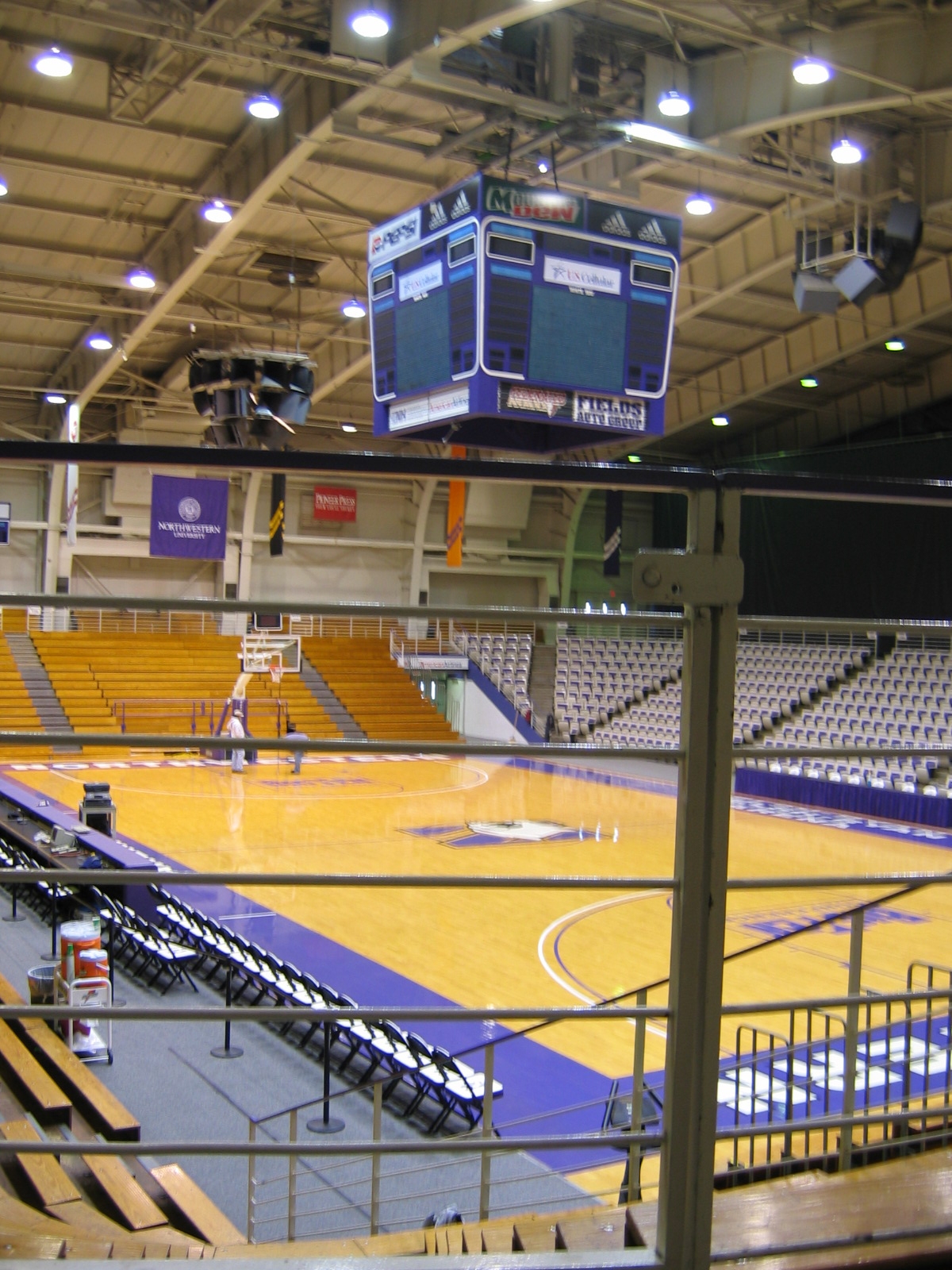 Of course, in this year’s Big Ten race, with third place Penn State (17-4, 7-3 Big Ten) still having to take on first place Illinois (17-3, 9-1 Big Ten) at Rec Hall, second place Michigan (19-3, 8-2 Big Ten) in Ann Arbor, and fourth place Minnesota (OK, it’s a five-way tie, but it’s still fourth place)  in Minneapolis, one good performance won’t get it done.  It’s going to be a long, tough, battle in which every match counts.  Like the ones coming up Friday against fourth place Indiana and Saturday against fourth place Purdue, both in Rec Hall.

More about those matches tomorrow, but a quick preview: the Nittany Lions are 0-1 against both those teams.

Northwestern head coach Keylor Chan had this to say about the defeat:

It was a tough night tonight, but Penn State showed once again why they are one of the elite teams in the country,” said head coach Keylor Chan. “The crowd was amazing tonight and it was great to see so many fans come out and support the team. We’re halfway through the Big Ten season and have a long ways to go, and hopefully we can learn from this weekend moving forward.

Here are the statistics for the match: 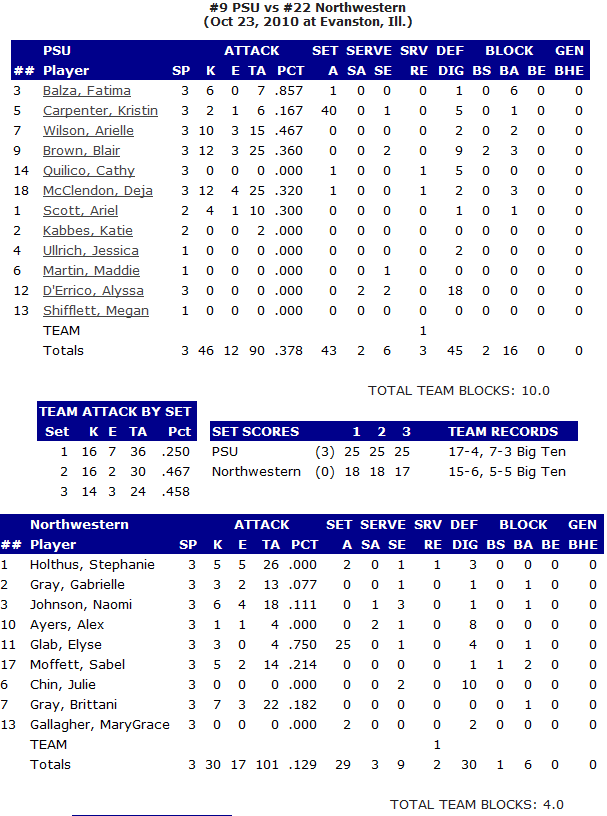 Here are the match statistics from 2009: 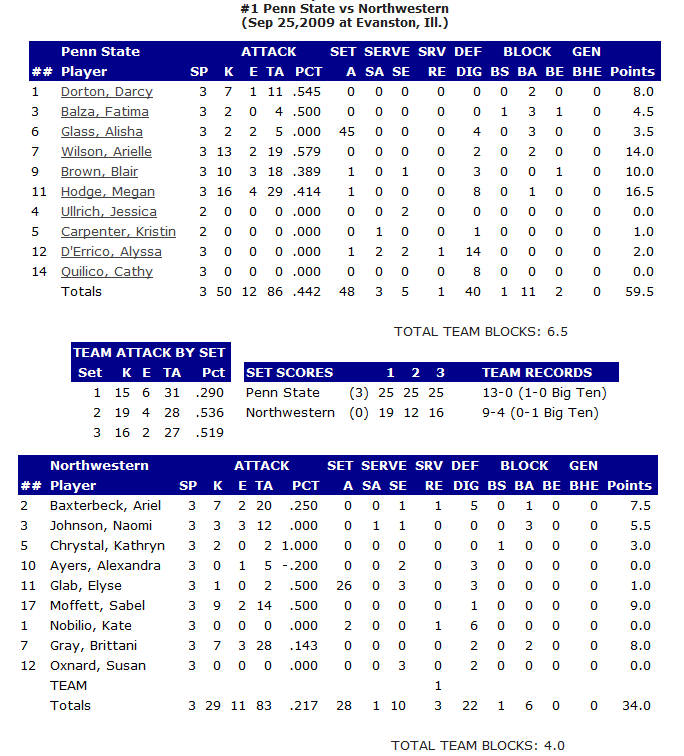