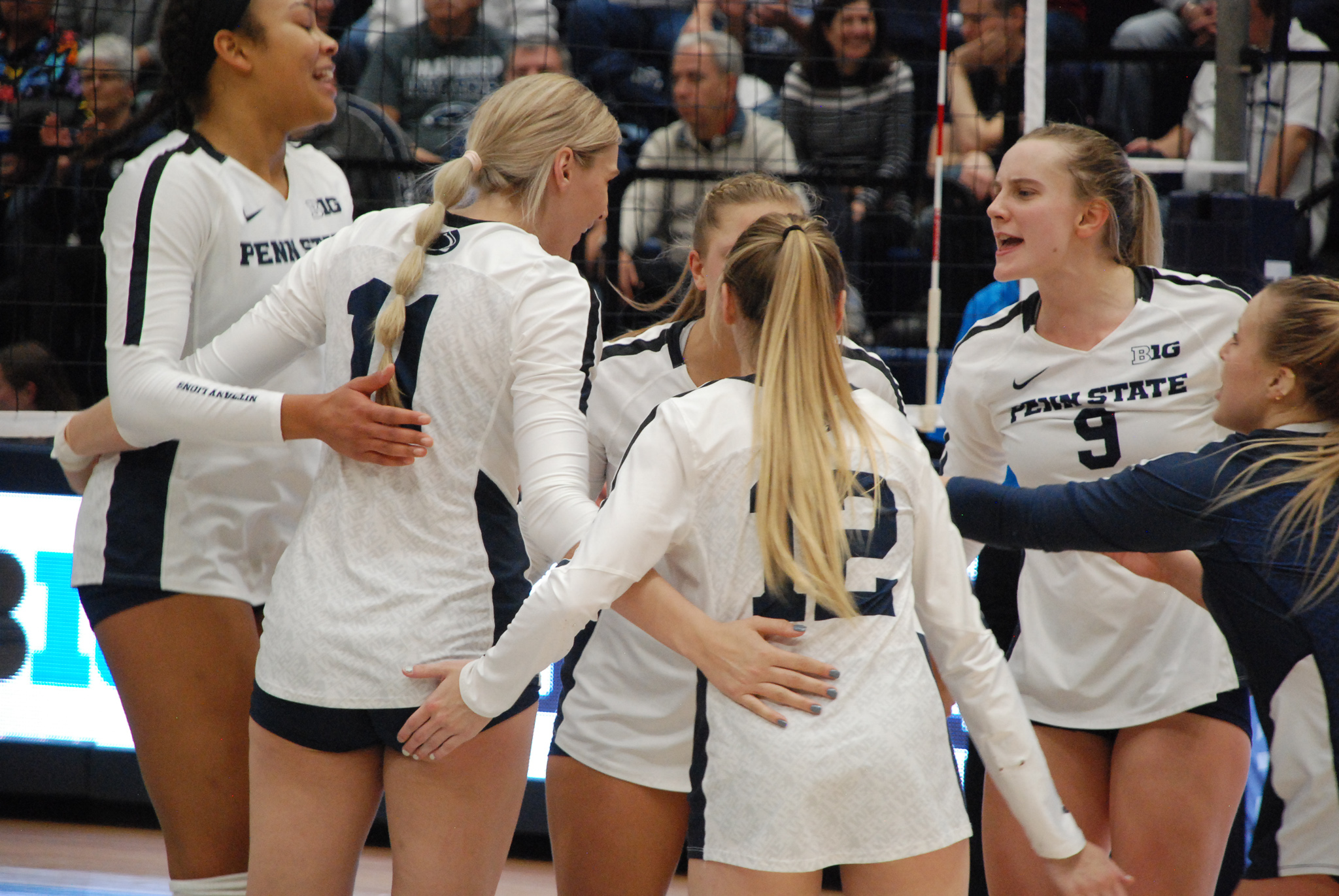 The Nittany Lions have now won 14 of their last 15 matches in Big Ten play, including a pair of sweeps over the Scarlet Knights, who fell to 8-21 on the season. Tori Gorrell and Jonni Parker’s impressive performances (12 and 11 kills, respectively) helped Penn State improved to 35-9 all-time against Rutgers.

Freshman outside hitter Lauren Clark made her third career start in Allyson Cathey’s absence, but struggled to find momentum early and finished with just one kill and three attack errors. Gorrell and Serena Gray were outstanding in a dominant first set for the Nittany Lions, recording five kills apiece and zero attack errors. Jenna Hampton was also dialed in to begin the match, tallying five of her team-high 11 digs and an assist in the first set. Gray would finish with seven kills, five digs, a block, and an assist. She tied her career high with three aces as well.

Gabi Bailey, a freshman outside hitter from Harvard, Massachusetts, came off the bench for the third time this season to begin the second set and promptly provided her first collegiate dig and a career-high three kills. Rutgers made some adjustments during the intermission and came out ready to go in the second set, taking a quick 7-5 lead over the Nittany Lions before they turned things around. Amanda Phegley put together a solid outing with three kills on five swings and a block, while Kaitlyn Hord chipped in five kills to round out the scoring.

Sophomore setter Gabby Blossom guided Penn State’s offense to a .351 hitting percentage thanks to a match-high 31 assists, six digs, two kills, and two aces. Kendall White is now 48 digs away from breaking the program record after scooping up eight against the Scarlet Knights. She also had three assists and finished the match with her second ace of the afternoon — Penn State’s season-high 10th as a team. Keeton Holcomb had four digs and freshman Macall Peed added another in the win.

The Nittany Lions (23-4, 16-2 Big Ten) return to Rec Hall next weekend for a huge home stand against No. 5 Wisconsin and No. 7 Minnesota that has conference title implications.