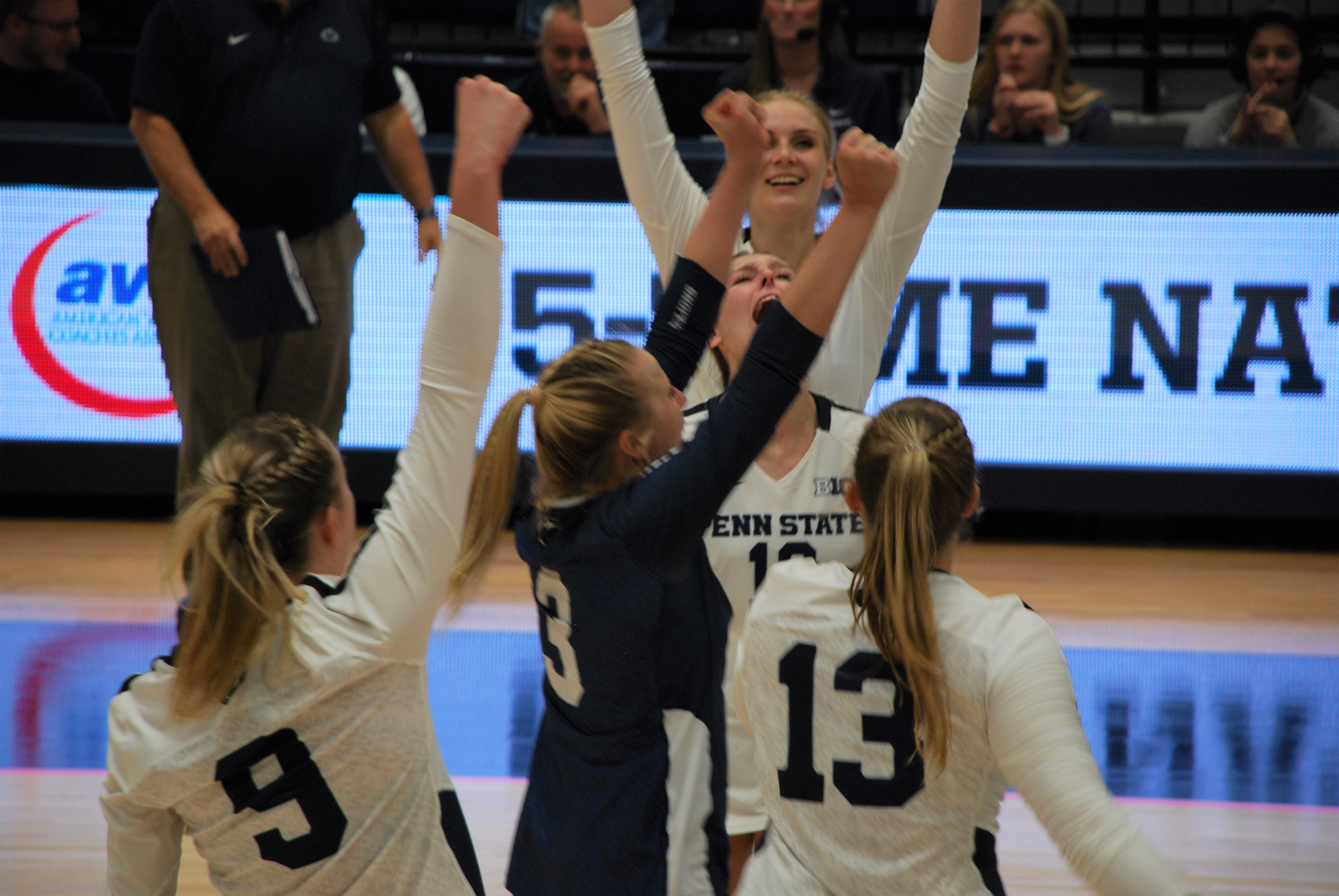 Kaitlyn Hord led the Nittany Lions to victory with a match-high 14 kills and a sterling .591 hitting percentage. Hord also tied Jonni Parker for the team lead with three total blocks. Penn State improved to 55-0 in the all-time series against the Hawkeyes and has now won eight straight in Big Ten play.

Senior libero Kendall White reached 1,800 career digs and added one more thanks to her match-high 13. She dished out three assists and dialed up two of Penn State’s seven service aces in a rout of the Hawkeyes. Penn State hit .346 as a team to Iowa’s .172 thanks in large part to the sure hands of sophomore setter Gabby Blossom, who finished with a match-high 45 assists and nine digs.

Parker provided 11 kills, four digs, and three aces on what was a fairly balanced night for Penn State’s five main hitters. Tori Gorrell equaled Parker with 11 kills of her own, three digs, and an ace, while Serena Gray’s ninth kill of the night sealed the win. Freshman outside hitter Lauren Clark made her second career start in Allyson Cathey’s absence and put together an excellent showing with six kills (.556) and three digs. Jenna Hampton had six digs and an assist in her fourth start of the season. Freshman defensive specialist Molly Russell made her third appearance and recorded a dig.

Parker leads Penn State with 246 kills and 29 aces through the first 20 matches, while Hord continues to pace the conference in hitting percentage with a .444 clip after yet another outstanding performance. It’s clear this young team has come a long way in terms of its killer instinct and ability to make the clutch plays that occasionally eluded Penn State in recent NCAA tournament runs. A crucial test awaits on the second leg of this road trip, however.

The Nittany Lions (17-3, 10-1 Big Ten) travel to Lincoln Saturday for a top 10 showdown against No. 8 Nebraska at 8:30 p.m. ET on the Big Ten Network. It’s the only time these two historic programs will meet during this year’s regular season.