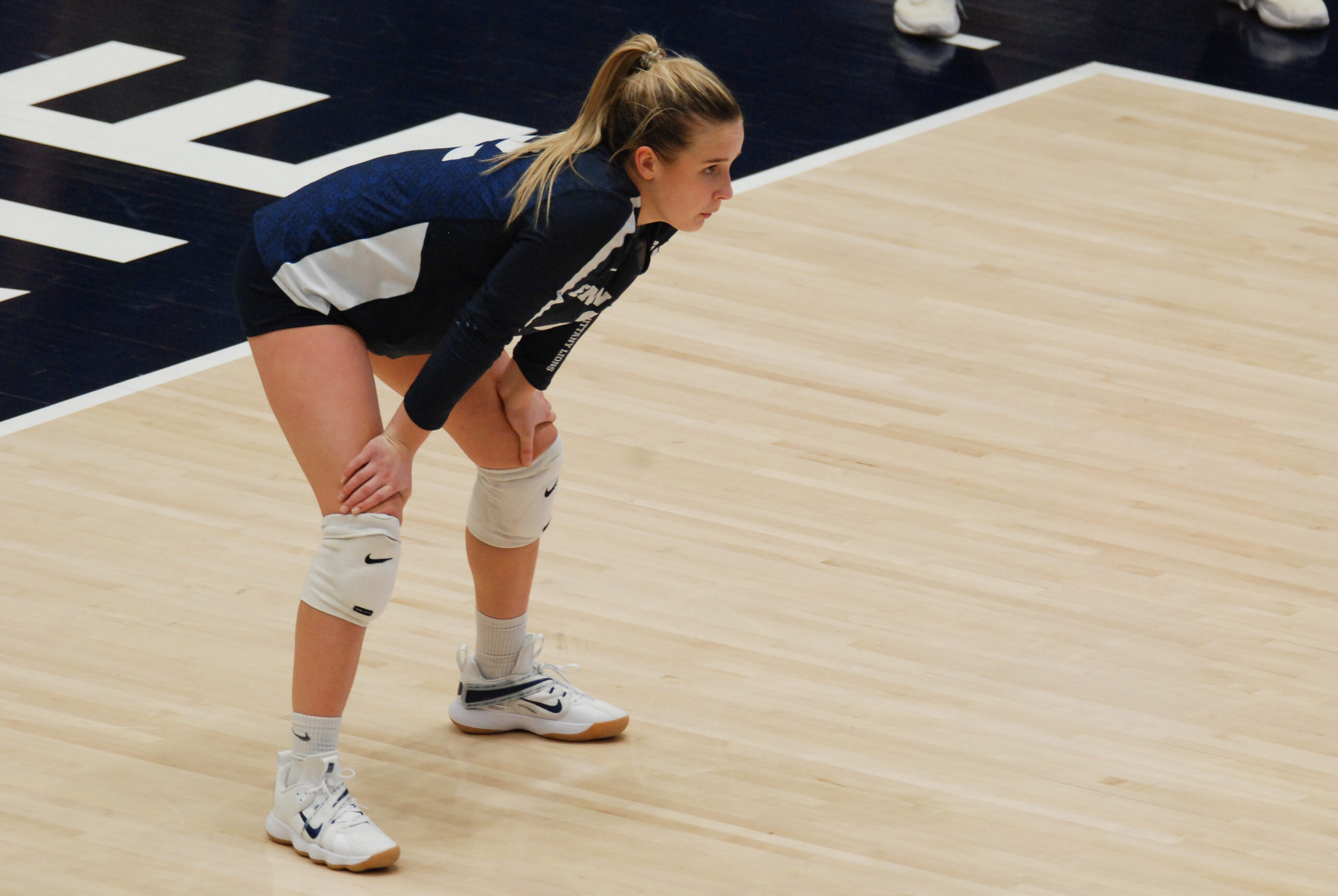 All 18 players were dressed in uniform for the Nittany Lions, including setter Gabby Blossom and libero Jenna Hampton, who returned to the starting lineup after missing the Illinois series. Blossom finished with 47 assists and 17 digs, while Hampton matched her with 17 digs and three assists.

That's some serious chemistry on display between Gabby Blossom and Serena Gray with the no look set! 👩‍🔬#NCAAVB x 🎥 @PennStateVBALL pic.twitter.com/HiJhe5SzCD

Penn State had late leads in the first and second sets, but couldn’t capitalize on its opportunities and soon faced a 2-0 deficit. The Nittany Lions put together an excellent third set littered with phenomenal plays to extend the match. AC Fitzpatrick’s shoe came off while trying to dig a rocket from Minnesota star Stephanie Samedy down 19-17 in the third set, then Kaitlyn Hord stuffed Samedy for an emphatic block a few points later.

Hampton laid out for an absurd, full-extension dig during a 6-0 run for the Nittany Lions, who subbed in backup setter Emily Oerther to serve on Penn State’s second set point — an eventual Samedy kill. Samedy then stepped to the service line before Jonni Parker delivered the winning kill to force a fourth set.

Fitzpatrick had eight kills and nine digs. She’s averaging a double-double through the first three matches of her Penn State career. Anastasiya Kudryashova had three kills and three digs against the Golden Gophers, but struggled to get things going early on with seven attack errors.

Playing in her home state of Minnesota, sophomore outside hitter Lauren Clark had two kills and two aces, both of which came during the same serving run in the second set. Clark was one of four substitutes who saw the floor for the Nittany Lions, joining Oerther and defensive specialists Maddy Bilinovic (10 digs) and Keatan Broughton. Penn State hit .174 as a team to Minnesota’s .250. The Nittany Lions had five aces against five service errors.

Samedy tallied a match-high 23 kills and 11 digs for the Golden Gophers, who had four players reach double-digit kills and double-digit digs. Samedy and freshman setter Melani Shaffmaster (49 assists, 17 digs, six kills) posted double-doubles, while Parker and Blossom did the same for the Nittany Lions. Penn State (2-1) will try to split its series with Minnesota (7-0) Sunday at 7:30 p.m. ET on Big Ten Network.