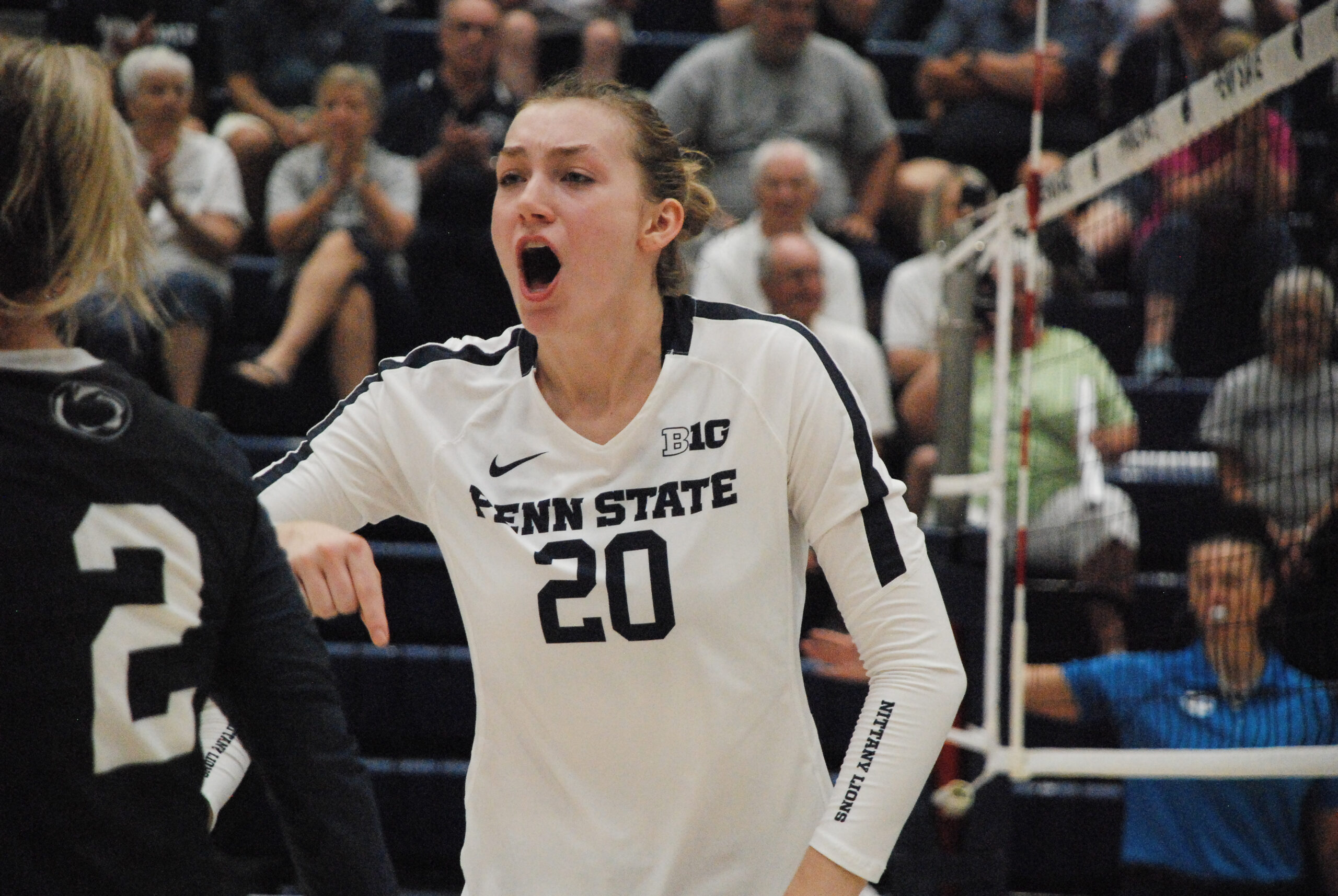 Maddy Bilinovic set a career high with 22 digs in the win, besting her previous mark of 21 digs in Penn State’s sweep of LSU last weekend. Kash Williams led the Nittany Lions (8-0) with 16 kills for the second night in a row, while Zoe Weatherington added 13 kills of her own.

Williams, Cassie Kuerschen (nine digs), and Anastasiya Kudryashova (one dig) were Penn State’s lone substitutes in the finale of the Big Ten/Pac-12 Challenge. Leisa Elisaia had her fourth double-double of the season with 41 assists, 11 digs, six blocks, and four kills.

Although the Ducks finished with an 8-4 advantage in aces, they surrendered 12 service errors and were outblocked 17-9 by the Nittany Lions. Allie Holland led a contingent of five Penn State players with at least five blocks, tallying a match-high nine and adding nine kills with a team-high .381 hitting percentage.

Brooke Nuneviller led Oregon with 16 kills and 16 digs, but struggled to keep the ball in play with 11 attack errors. Oregon setter Hannah Pukis had a strong night with a match-high 47 assists and 13 digs, but the Ducks lost again after falling to No. 3 Minnesota in four sets Friday night.

Anjelina Starck tied Holland with nine kills and six digs and had one of Penn State’s four aces, joining Bilinovic, Kuerschen, and freshman defensive specialist Gillian Grimes, who also had 11 digs and an assist. Taylor Trammell had six kills, six blocks, and two assists. The Nittany Lions finished the match on a 4-0 scoring run, culminated by a Holland and Williams block. Penn State hit .226 to Oregon’s .184. Both teams had exactly 71 digs.

The Nittany Lions will return to Rec Hall next weekend for the Penn State Classic to wrap up their non-conference schedule. Penn State will play Howard Friday at 7 p.m. before a doubleheader Saturday against UAlbany (11 a.m.) and Coastal Carolina (7 p.m.).