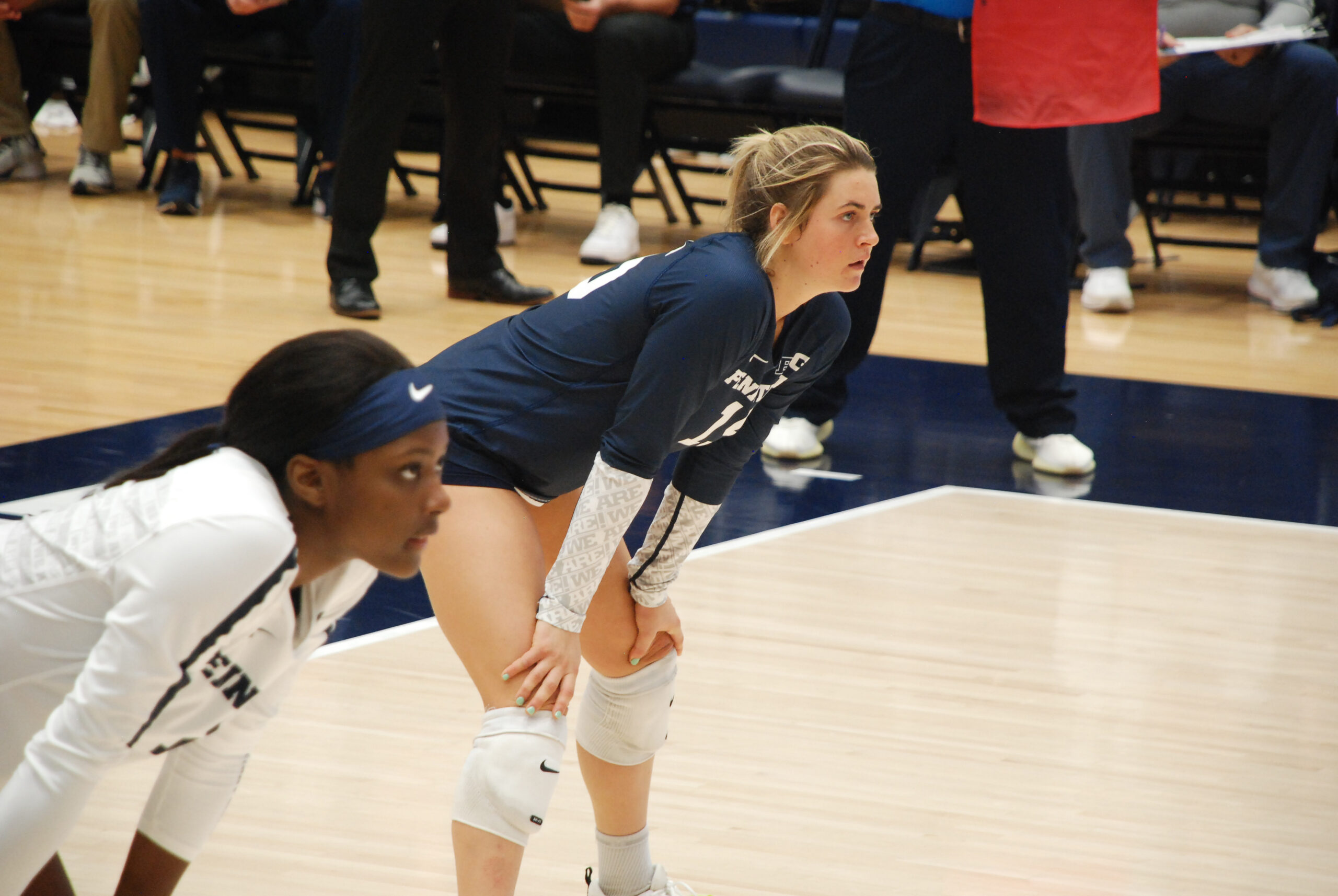 Adanna Rollins and Gabby Blossom had double-doubles for the Nittany Lions, who put together their best set of the night in the fourth to close things out. Rollins tallied a match-high 16 kills and 10 digs, while Blossom led all players with 53 assists and tied libero Jenna Hampton for the most digs with 18. Rollins surpassed both 1,000 career kills and digs early in the first set.

After surrendering 27 kills to sophomore outside hitter Sarah Franklin in a 3-2 win over the Spartans last Saturday at Rec Hall, Penn State’s defense held Franklin to 14 kills and a .119 hitting percentage this time around. The Nittany Lions had 60 kills to Michigan State’s 40, but the Spartans recorded an 11-9 advantage in blocks.

Kaitlyn Hord finished with 14 kills (.500) and a team-high five total blocks in the four-set win, which saw the Nittany Lions hit .243 to Michigan State’s .143. Jonni Parker had 10 kills and nine digs, but struggled with attack errors for the second night in a row. Parker had two of Penn State’s six aces, however, tying Hampton and Rollins.

Allie Holland and Erika Pritchard had 10 and nine kills, respectively. Pritchard came off the bench and took the third-most swings of any Penn State player with 27. Pritchard, freshman defensive specialist Quinn Menger, and sophomore outside hitter AC Fitzpatrick were Penn State’s only substitutions of the match. Full stats can be found here.

The Nittany Lions (19-7, 12-4 Big Ten) will hit the road for another pair of away matches next weekend against No. 11 Nebraska and No. 10 Ohio State before returning home for the final home stand of the regular season the following weekend.