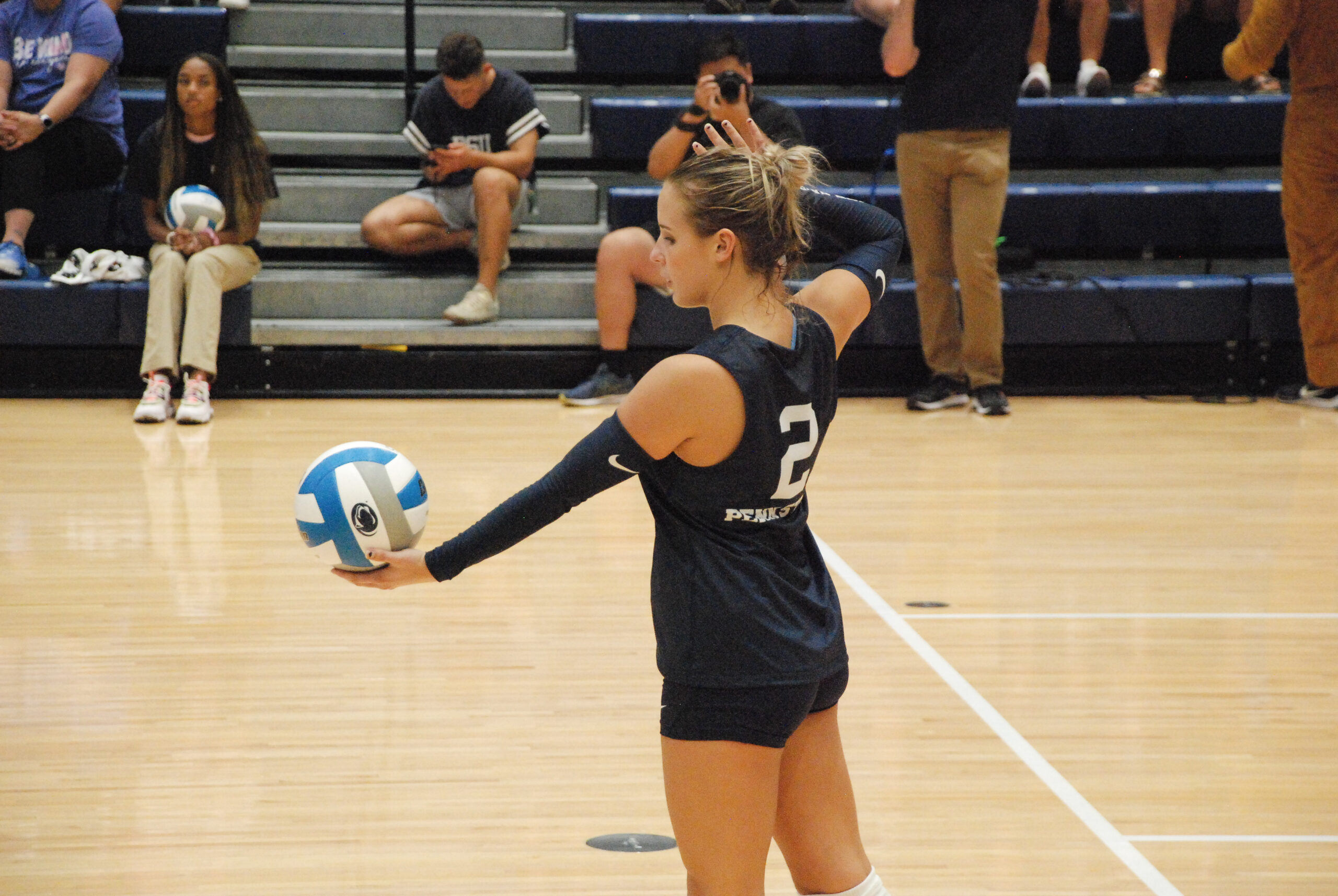 Zoe Weatherington led the Nittany Lions to a 3-1 win (25-22, 22-25, 25-22, 25-15) over the Cyclones, tallying a match-high 15 kills while hitting .500 at the Pete Maravich Assembly Center. Weatherington has been Penn State’s most consistent attacker early in the season.

The Charlotte, North Carolina, native was among four Penn State players with double-digit kills, joining Kash Williams (13), Anjelina Starck (12), and Katie Clark (11), who made her first start for the Nittany Lions in Allie Holland’s absence. Holland did not make the trip.

The Nittany Lions wore black warmup shirts that said “We Are” on the front to show support for Duke volleyball player Rachel Richardson, who was the target of racial slurs by a BYU fan at a recent match in Provo, Utah. Many college volleyball teams wore black Friday to show solidarity with Richardson and speak out against racism.

Defensive specialists Gillian Grimes and Cassie Kuerschen each had seven digs against the Cyclones, while freshman Mandi Morioka made her Penn State debut, meaning all eight of the program’s newcomers have now checked into at least one match so far this season.

In the second match of the day, Penn State (5-0) kept the same starting lineup of Weatherington, Elisaia, Bilinovic, Starck, Clark, Grimes, and Taylor Trammell, who had another efficient outing against the Troy Trojans, after posting five kills and five blocks (with no attack errors) against Iowa State. Trammell finished with nine kills (.538) and four blocks for a sweep in match two —  (25-18, 25-21, 25-16).

Weatherington again led the Nittany Lions to victory with 11 kills, four blocks, and only one attack error on a team-high 21 swings against the Trojans. Starck finished just behind her with 10 kills of her own, while Grimes had a career-high nine digs in the win and three consecutive aces early in the first set. Penn State hit .326 and outblocked Troy 8-4.

Sophomore Erika Williams made her Penn State debut against the Trojans and picked up the first four kills and two blocks of her collegiate career. Williams will have the chance to play against her older sister, Alia, Saturday afternoon when the Nittany Lions face tournament host LSU at 4 p.m.