It was a numbers game in more ways than one, as Penn State moved to 13-2 on the season (3-1 in the Big Ten), extended its Rec Hall winning streak to 82 consecutive matches, defeated Michigan for the 16th consecutive match (and moved to 22-0 against the Wolverines in Rec Hall), and gave Head Coach Russ Rose his 1014th career victory at Penn State. 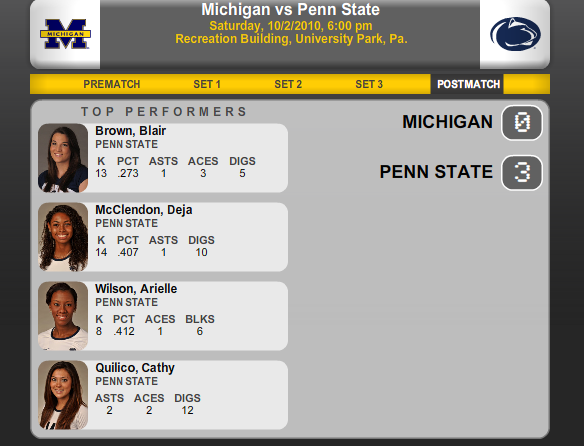 Here are the Penn State Stats, courtesy of CBS GameTracker:

Here are the Michigan Stats, courtesy of CBS GameTracker: