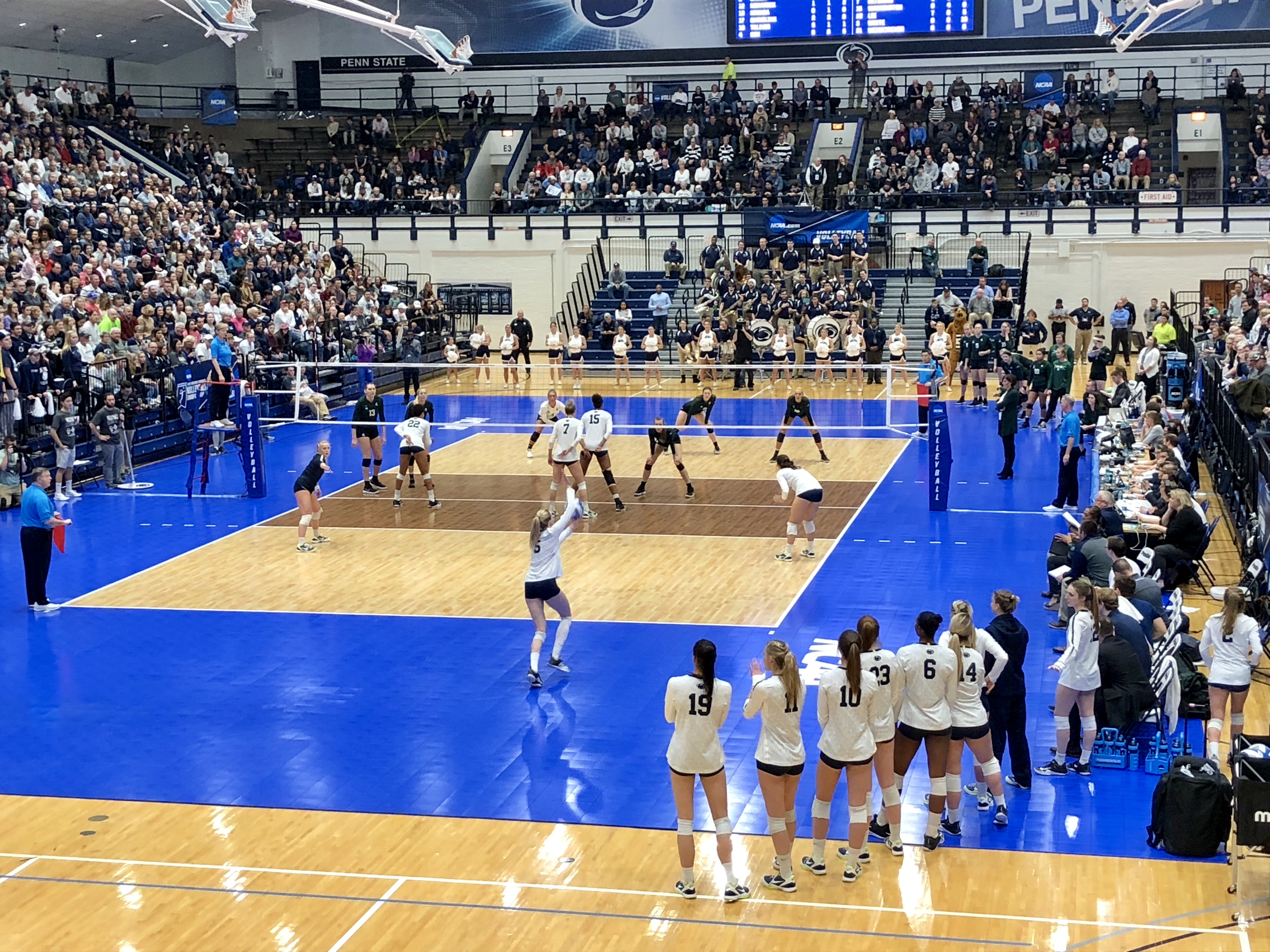 Kaitlyn Hord and Taylor Leath led the Nittany Lions with nine kills apiece in the victory, while Jonni Parker added eight kills of her own. In her return to the starting lineup, senior outside hitter Nia Reed tallied seven kills, two digs, and two blocks.

Serena Gray rounded out the offense for the Nittany Lions with five kills and a team-high six blocks. Bryanna Weiskircher finished with a double-double after dishing out a match-high 31 assists and collecting 10 digs.

Junior libero Kendall White led Penn State’s defense with a match-high 11 digs against the Spartans, who fell to 0-3 in Big Ten play despite their 12-4 record. The Nittany Lions, on the other hand, secured their first conference win of the season after losing to Minnesota and Ohio State.

Penn State (10-3) travels to Ann Arbor Sunday for a 1 p.m. match against the Michigan Wolverines on ESPNU.