Here’s the Match Summary from GameTracker: 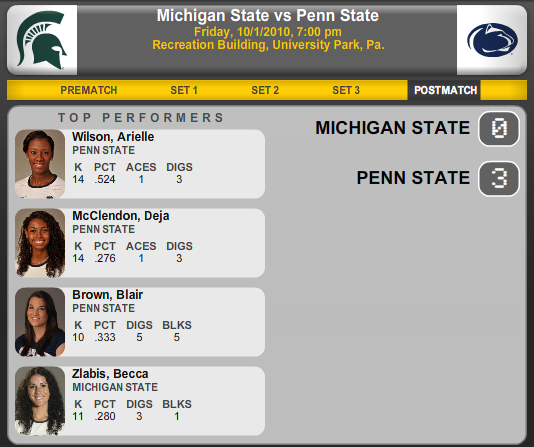 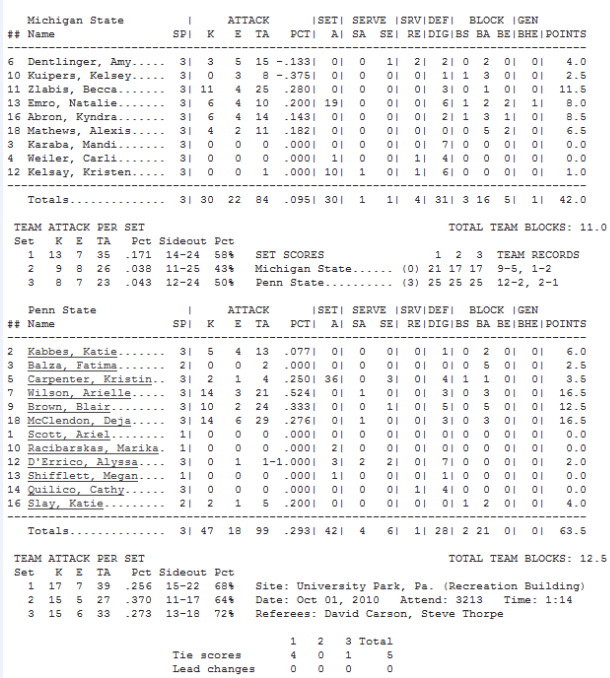 This was our first match watching streaming video from Big Ten Network on Demand.  We’d rate it as follows:

Video: B+. When the production team had the HiDef switch in the “On” position, the video and sound were great.  Occasionally (when there was a time-out, or break between sets), the switch appeared to have been set in the “Off” position, and everyone was pixelated (though there were no 6-0 foot white rabbits in sight, only a guy dressed in a white cloth costume).

All in all, we’re glad we forked over the cash (or, perhaps more accurately, we think it will be a pretty good deal if they can maintain the video quality).