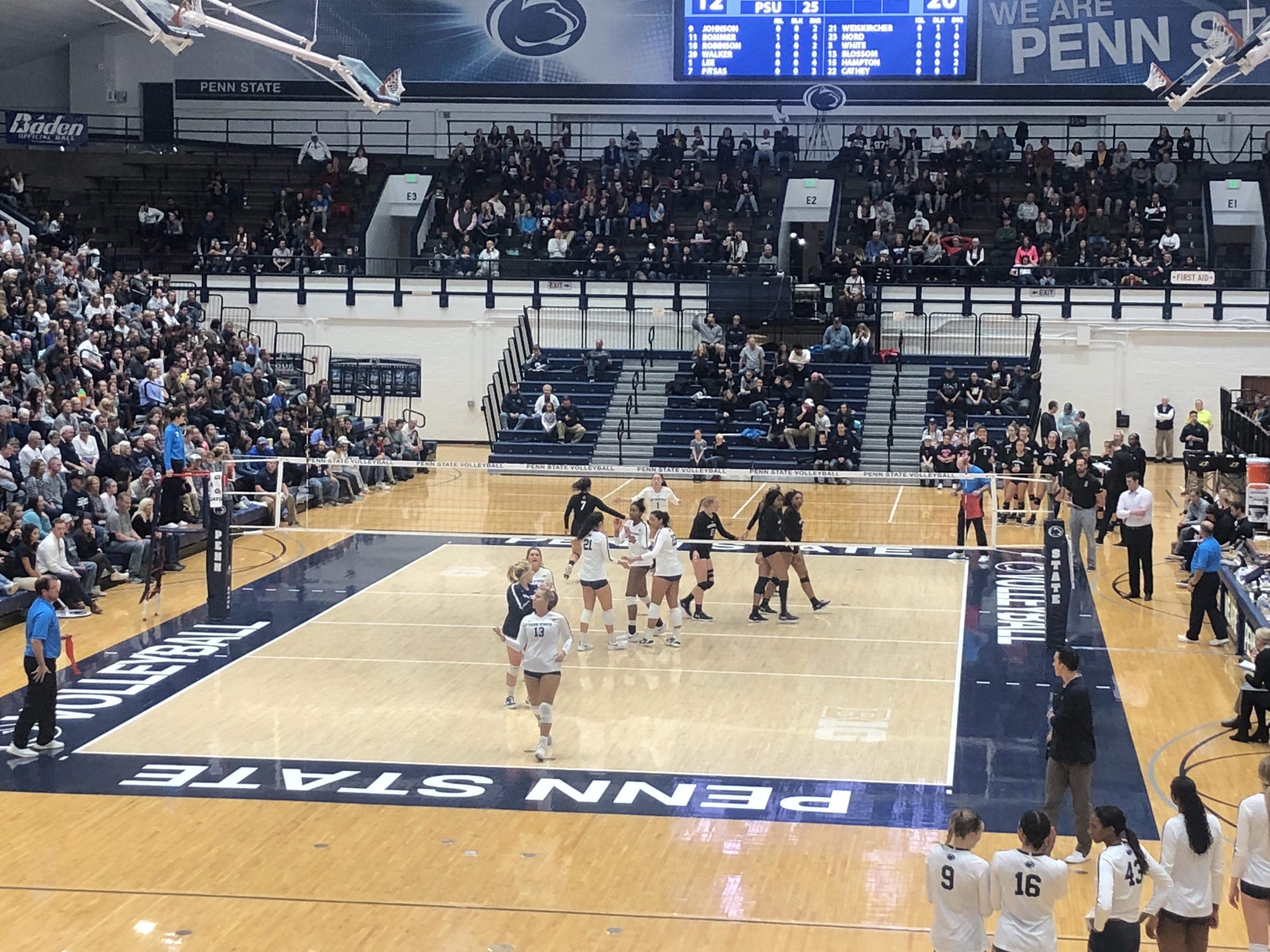 The Nittany Lions also beat Northwestern in straight sets on November 9 in Evanston. Jonni Parker led the team in kills with 11 in the win. She also had seven digs, three blocks, an assist, and a service ace.

Penn State hit .415 as a team thanks to a balanced night offensively. Bryanna Weiskircher made sure to get everyone involved, finishing with a match-high 30 assists. Serena Gray was fantastic against the Wildcats, connecting on eight of her nine swings for a .889 clip. Jenna Hampton had two early aces.

Reed and Hord led the way with four blocks apiece, while Kendall White was one of three Nittany Lions to record seven digs. All 16 of Penn State’s players checked into the match at one point or another, allowing the starters to get some rest here and there.

The Nittany Lions (22-6) return to Rec Hall Friday at 8 p.m. when they host No. 3 Minnesota on Big Ten Network. The Golden Gophers swept Penn State on September 19 in Minneapolis.

“I thought it was a great crowd in a situation where the students aren’t here, so we’re really appreciative of all the people who came to support the team tonight on senior night. I thought we played a relatively clean match and had some really great efforts defensively. I thought it was a really good match for us.”

“She played club ball with Kendall and Jonni, so I’ve seen her a lot. She’s a great offensive player. She has a hitter’s mentality, and that hasn’t changed.”

“It was great. It’s my first time experiencing a senior night — counter to what most people believe. Honestly, my parents have been amazing on this journey. I could count on my two hands how many matches that they’ve missed. They’re here almost every single night I play. I’m thankful to always have them here to support me.”

“I think Serena has grown so much from the time she stepped on campus. She wasn’t only hitting the ball, she was hitting it with an exclamation point. That was just absolutely awesome to see her finding the gaps and Bryanna being able to connect with her. She just made sure when the ball was down you knew it was down.”

“We spent a little more time on it. We had more aces than errors, which is the trend that you always want to have. There are more examples of that not being the case. We thought that we had an advantage from the end line serving and it was important for us to keep the ball in play. We had a few rotations where we could take advantage of some matchups. Jonni’s been playing really well and tonight Serena had a great night offensively.”

“I thought we played hard tonight. I thought Bryanna played good defense. That was nice to see her flying into the referee’s stand to get a ball. I like to see that sort of effort from the older players, for sure. The younger kids, we haven’t even taken the bubble wrap off them yet, but it’s nice to see the older players show what it looks like when you play hard.”

Coach Rose on getting everyone into the match:

“You don’t get that opportunity a lot. We were scoring well so we had that chance at the end.”