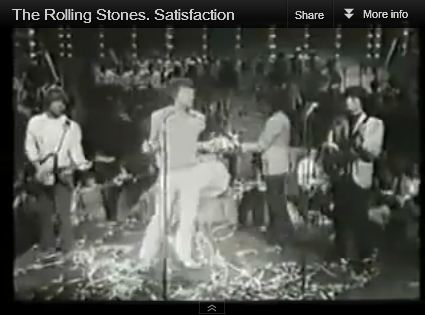 A sweep is not enought? What does it take to satisfy DigNittany?

But that serving problem — the one where Penn State makes double or triple the number of service errors as it does service aces — cropped up again, this time with 13 service errors (in three sets!) to 4 service aces.  And that bothered us.  What would happen if the Nittany Lions did that in a match against an elite team (no disrespect intended to Ohio State)?

We’re hoping we don’t get the answer to that question, because we don’t think it’s one that would make us very happy (to say nothing of how Coach Rose would feel).  But, because we’re optimists, we’re counting on Penn State cleaning that problem up for Michigan on Saturday and beyond. 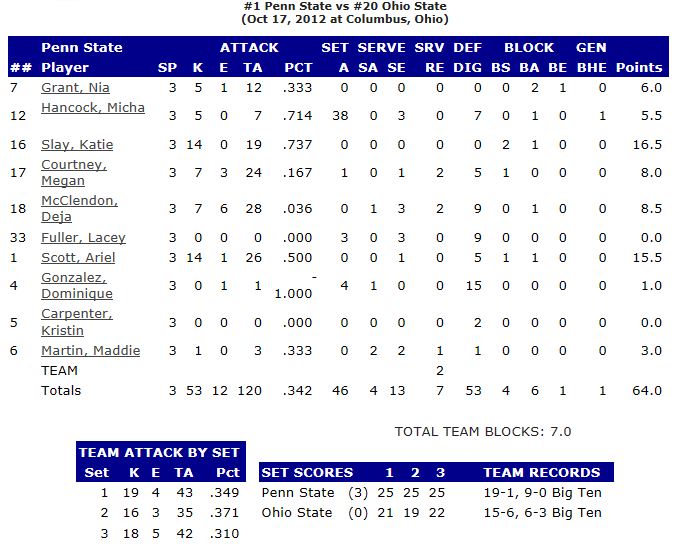 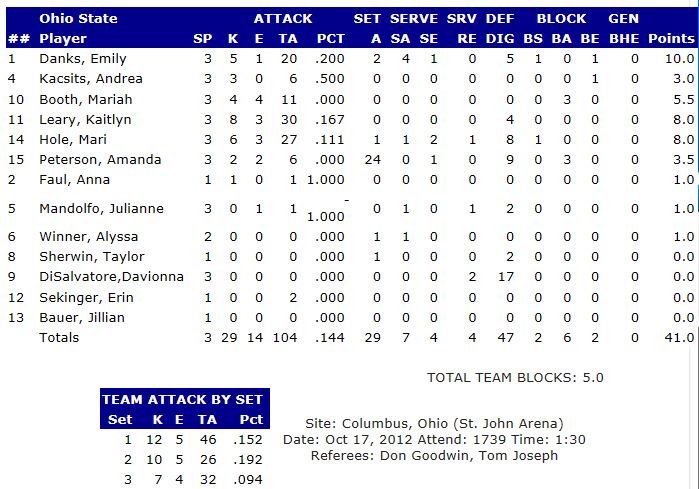