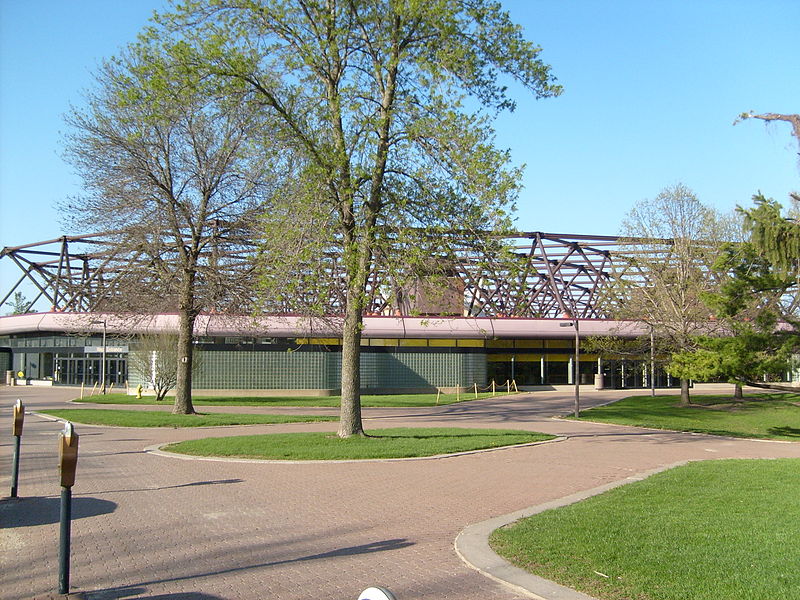 Even though Penn State swept Iowa, this was not an elegant victory — slogging 25-23 wins in the first two sets, followed by a 25-14 demolition job in the third.  But it was a victory, on the road, for a Penn State women’s volleyball team that was coming off a tough 3-2 loss to Nebraska.  And it evens the Nittany Lions’ Big Ten record at 1-1.  And more lessons learned.

One noteworthy development was the third-set appearance by Darcy Dorton, in which she registered 5 kills on 14 attempts (.286 attack %).  The Iowa student announcers were impressed by her swings, as were we, but mostly we were glad to see her get some playing time. 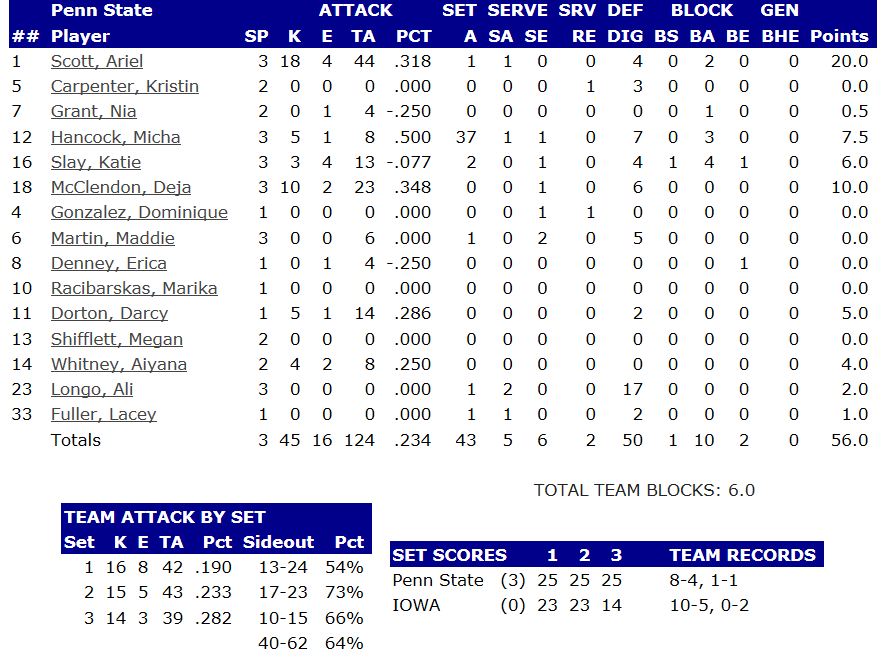 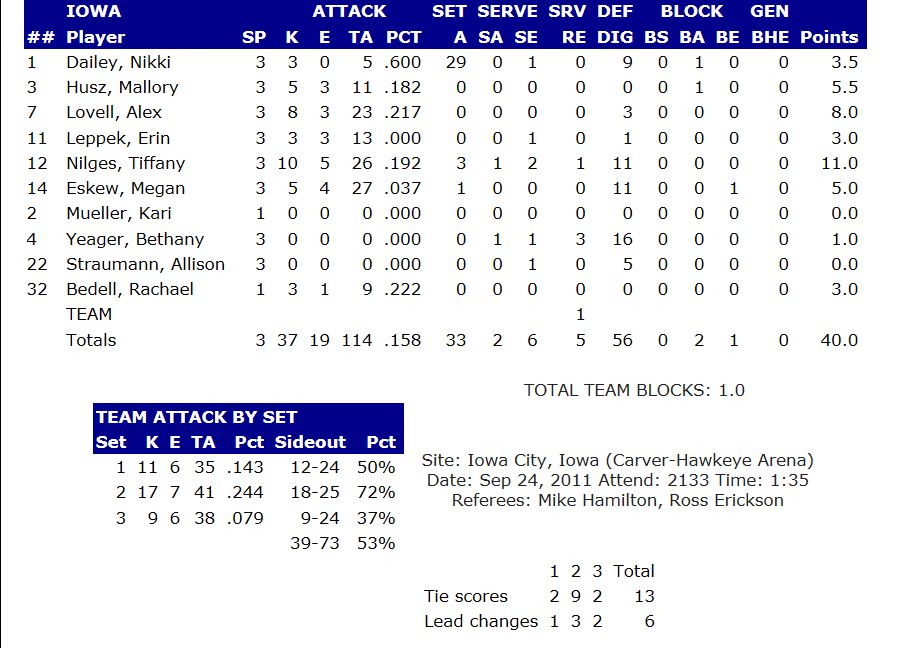