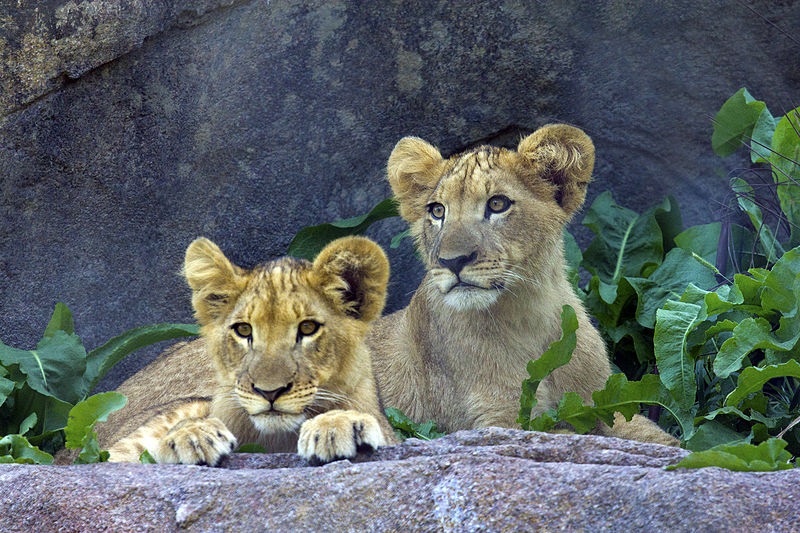 From Under Armour All-Americans to Gatorade Players of the Year, the 2014 class is packed with some of the nation’s top potential. Boasting more 2013-14 First Team Under Armour All-America honorees than any other program in the country, all seven incoming student-athletes are ranked among the top 150 high school seniors, according to prepvolleyball.com, with five in the top 15 and three in the top 10.

“All of the players coming in we’ve had in camp, so we’ve worked with a lot of these girls and we have a little better handle on our projections, head coach Russ Rose said. All of them have had great success in high school and on their club teams as well.”

“The staff, and Kaleena in particular, did a terrific job in the assessment and recruiting phase of this class. “Some of these girls have been verbally committed for a while so our former assistant coach Dennis Hohenshelt can also be credited as well. Overall though, the entire staff did an excellent job with this class.”

Below is a quick look at each of the seven signees (in alphabetical order):

Ali Frantti is a 6-2 outside hitter, who, as a two-time captain, helped Richmond Burton to the Illinois state title.  In 2012, Frantti was named as a First Team All-State honoree and also received Chicago Sun-Times All Area honors. She helped Club Fusion to back-to-back AAU titles, and was named as the MVP in 2012 and as a member of the All-Tournament team in 2013. Frantti was named as a 2013-14 Under Armour First Team All-American, and was named by prepvolleyball.com as the #2 Top-10 2014 Senior Ace.

Why Penn State: “I chose Penn State because I will be well coached, the academic programs are well respected and the campus is beautiful.”

What Rose says: Ali is one of the most explosive attackers in this year’s class. I see her as a point scoring outside attacker with the ability to hit out of both the front row and the back row.

Simone Lee,  a 6-2 outside hitter, started for four consecutive seasons for Menomonee Falls High School in Wisconsin, and has served as team captain for the past two years.  This season, she led the Menomonee Falls Indians to its first ever WIAA Division 1 State Championship title, as Menomonee Falls  defeated Westosha Central (25-17, 25-18, 25-16) at the Resch Center.  Lee was awarded All-State honors the past two years, and looks like a safe bet to make it three in a row.  Playing for Fusion Volleyball, Lee has earned four AAU All-Tournament team honors, and earned a spot on the 2012 and 2013 USA Girls’ Youth National Team — with her team earning a first place finish in the NORCECA U18 Continental Championships in 2012 and a second-place finish at the FIVB U18 World Championships in 2013.  She recently was named as a 2013-14 Under Armour First Team All-American and was named by prepvolleyball.com as the #8 2014 Senior Ace.

Why Penn State: “I chose Penn State because of tradition. I will receive a top-notch education while also playing in a highly competitive and successful volleyball program.”

What Rose says: Coming off leading her team to a state championship and playing for Team USA this summer, she has a lot of confidence in her skills. I project her as an outside, although she played right side for Team USA and has played left side for her club team. She has good all-around skill set and a strong frame.

Lainy Pierce is a 5-8 setter and outside hitter who this season led Eden to its fifth-consecutive New York state championship (and was named tournament MVP).  In 2012, Lainy was a finalist for New York Volleyball Gatorade Player of the Year and a Top-150 2014 prepvolleyball.com Senior Ace.  She helped lead her club team, Niagara Frontier, to WEVA Regional Championships from 2008- 2013.

Why Penn State: I wanted to pick a college that would challenge me academically as well as athletically. There is so much pride at Penn State, ever student, faculty member and fan is proud to wear blue and white. I chose Penn State volleyball because I knew that competitive teammates and coaches would surround me.

What Rose says: Lainy just led her team to their fifth straight state championship and she was the MVP of that team as a setter. I think that she’ll bring a well-rounded skill set with her and she’ll be able to be penciled in at different positions. Like her sister Kendall, she’s also a good teammate.

Why Penn State: “I chose Penn State because of the winning tradition, knowing the coaches challenge you as a play, the girls and the educational opportunities. I know I can get a great education and have a great volleyball career at Penn State.”

What Rose says: Nia has touched close to 10-10 at camp and I see her playing in really any of the front row positions. She’s an all-around player for her high school and club team, but her net skills are very strong. Once she arrives and we get her in the gym, we can see what the best fit is for her.

Heidi Thelen is a 6-2 MB/OH who earned four letters in volleyball at Notre Dame Academy and twice was named the Best Offensive Player.  In 2013 she was named to the Class AAA all-state team and to the Kentucky Volleyball Coaches Association all-state team.  Playing for Tri-State Elite, Thelen garnered all-tournament team honors in 2012 and 2013 at the AAU Nationals, and earned AAU All-America honors in 2011.  She was a  2013-14 Under Armour Honorable Mention All-America honoree and the #61 2014 prepvolleyball.com Senior Ace.

Why Penn State: I chose Penn State because of the atmosphere on campus and the astounding volleyball team and coaches.”

What Rose says: Heidi is projected as middle and I think her skills indicate that she is a really nice, natural blocker. If she gets up to the physical demands then she’ll make a great contributions to the team.

Haleigh Washington has garnered a lot of publicity, which makes sense for a high school senior who is 6′ 3″ tall, who, as a junior,touched 10’ 8 ½” (highest in the history of Colorado Juniors), and was one of only four Class of 2014 players to make the U.S. Women’s Junior National Volleyball Team’s 12-person roster.  Most recently, Haleigh set a new state record, putting down 48 kills in a match with her high school team, Doherty.  Haleigh was the 2012 Colorado Volleyball Player of the Year and was the MVP for her team in both 2012 and 2013, and served as team captain both years. In 2012, her team won the Colorado state championship title.  Washington was a 2013-14 Under Armour First Team All-America honoree, and the #1-ranked prepvolleyball.com Senior Ace for 2014.

Why Penn State: “Each school I went to was nice, but I had a feeling was at my grandma’s or on vacation. Coming to Penn State felt like home and a place I could see myself walking across a stage to get my diploma as a graduate.”

What Rose says: Haleigh is a terrific offensive player as well as a prolific scorer, as demonstrated by the match where she had 48 points. She is good off of one foot and she also has an incredible outgoing personality that really has a positive impact on everyone around her.

Bryanna Weiskircher is a 6-1 setter and OH who has been a leader for her Boylan Catholic team since her sophomore year — a three-time captain, with three consecutive MVP honors.  Bryanna was named an All-State honorable mention in both her sophomore and junior years, and was the NIC 10 All-Conference MVP following her sophomore, junior and season seasons. Weiskircher was the setter for Club Fusion, the two-time AAU champions, where her teammates included 2014 signees Lee and Frantti. Weiskircher was a 2013-14 Under Armour First Team All-American and the #13 2014 Senior Ace for prepvolleyball.com.

Why Penn State: I chose Penn State because it was really the only school I was 100 percent interested in. When I first went to visit, I fell in love with everything from the school, the campus and the college atmosphere to all of the support from the area. The volleyball program is a legacy and I want to be a part of it and have an impact in whatever way possible.

What Rose says: Bryanna has had great success with her teams as a 6-2 setter and hitter. She’s projected as more of setter than a hitter here, but I think she has a good volleyball IQ and she’s accustom to being a strong leader.