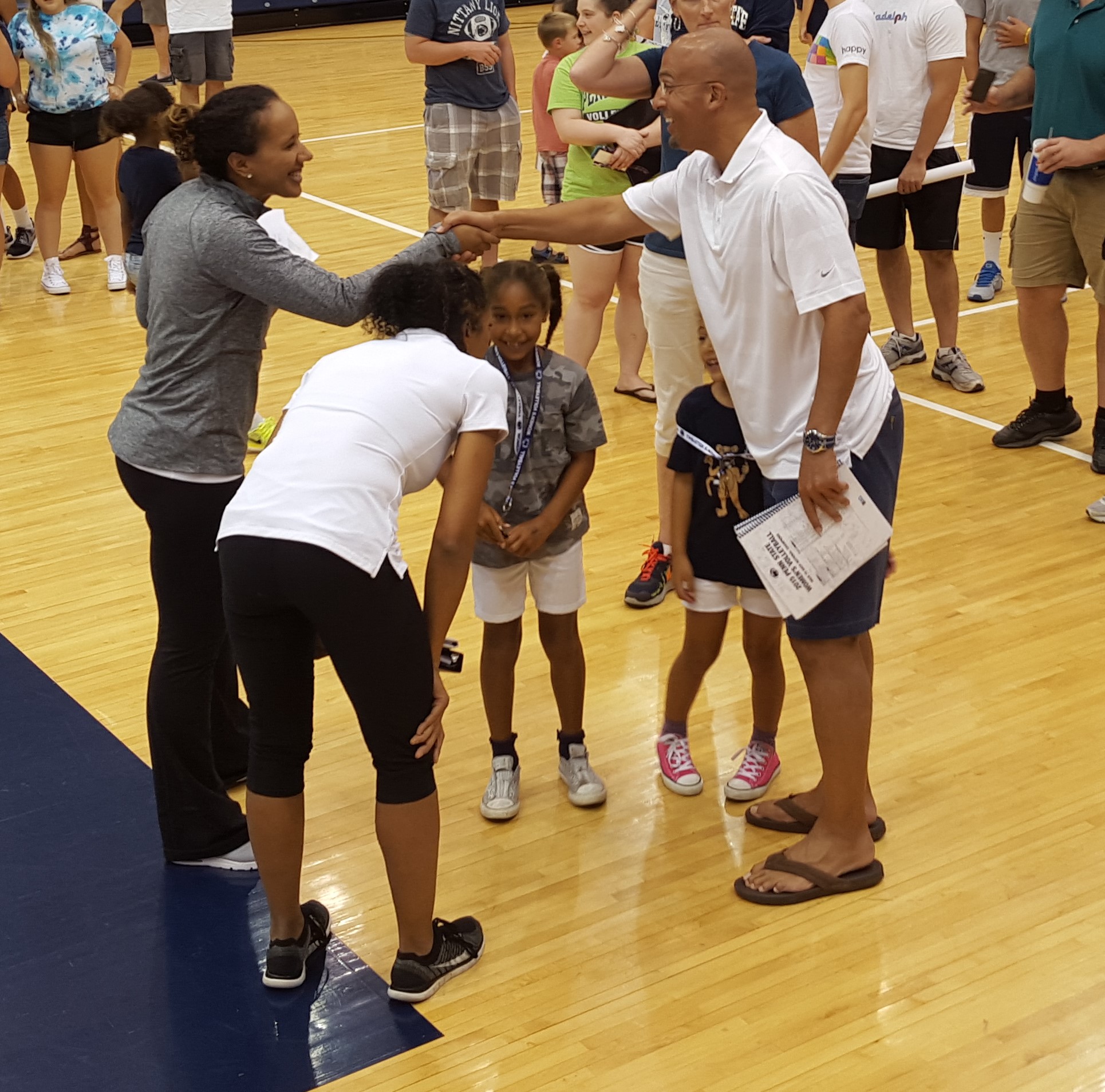 Penn State Women’s Volleyball Head Coach Russ Rose probably hasn’t changed his opinion about the “work-in-progress” status of this year’s team, but after the match, Assistant Coaches Salima Rockwell and Stevie Mussie were all smiles as they greeted Penn State’s Head Football Coach James Franklin, who attended the match with his daughters.

We can’t claim it was entirely because of our #GetJamesToTheGames campaign (OK, maybe despite our campaign) but whatever the reason, it was great to see him at the match.  Come back again soon, Coach Franklin!