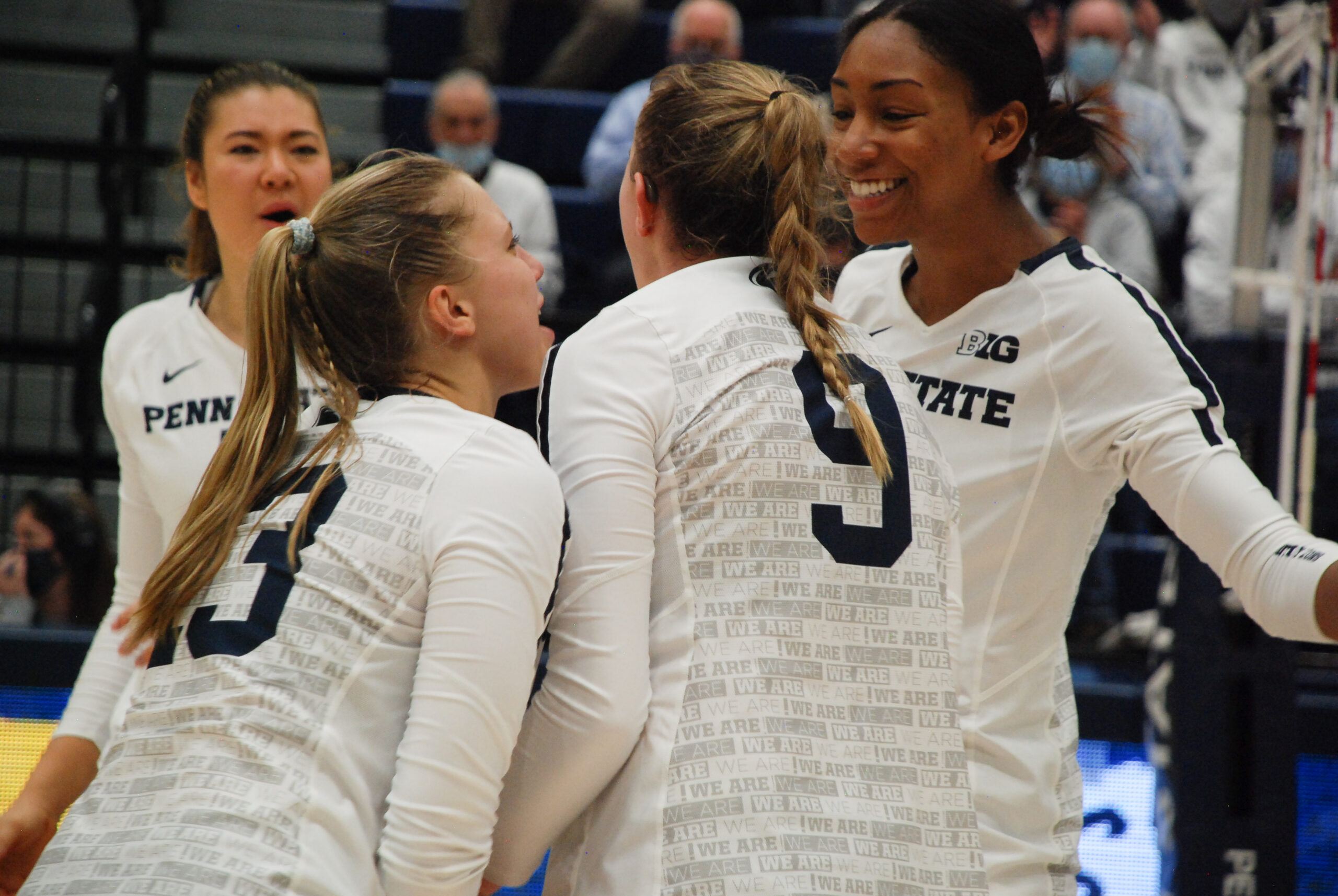 Parker and Hord were honored by the Big Ten for the fourth time during their careers, both landing on the first team, while Hampton found herself on the second team following an excellent season as Penn State’s libero.

“Jenna has been important since the time she arrived on campus,” Rose said. “She was great in the secondary role in the first two years with Kendall [White] as the libero, and I think she’s probably had the most consistent year of all the players in the starting unit.”

Sophomore outside hitter AC Fitzpatrick was the Nittany Lions’ sportsmanship award recipient. Fitzpatrick always brings plenty of energy to the court and while cheering her teammates on from the sideline.

“Well, emotionally, she’s always the same. She’s great. She’s a team player all the time,” Rose said of Fitzpatrick. “I think AC always practices hard. Her energy is good. She cares about the group.”

Parker, Hord, and Hampton all surpassed impressive career milestones this year, as Parker tallied her 1,000th kill early in the season, Hord did so Saturday against Iowa, and Hampton reached 1,000 digs versus Minnesota the previous night.

“I think Kaitlyn is doing a real nice job offensively,” Rose said. “She’s always been a really strong blocker. I think part of the next step for her, in my mind, is just taking a more active leadership role in the team’s welfare and development.”

Minnesota’s Stephanie Samedy was again named the Big Ten Player of the Year thanks to another dominant season for the Golden Gophers, while Wisconsin’s Sydney Hilley took home the conference’s Setter of the Year honors for the third straight season.

Fellow Badger Julia Orzol earned Big Ten Freshman of the Year after arriving from Poland. Nebraska’s Lexi Rodriguez was the conference’s second freshman to be named Defensive Player of the Year after locking down the Huskers’ backcourt in her debut campaign.

“She’s a great teammate and a great leader,” Rose said of Parker. “So much of our success is linked to how Jonni performs and does the things she does.”

The unseeded Nittany Lions (20-10, 13-7 Big Ten) will begin their 41st NCAA tournament against Towson Friday at 4 p.m. at the Petersen Events Center on Pitt’s campus. Penn State is the only team to qualify for every NCAA tournament since it began in 1981.