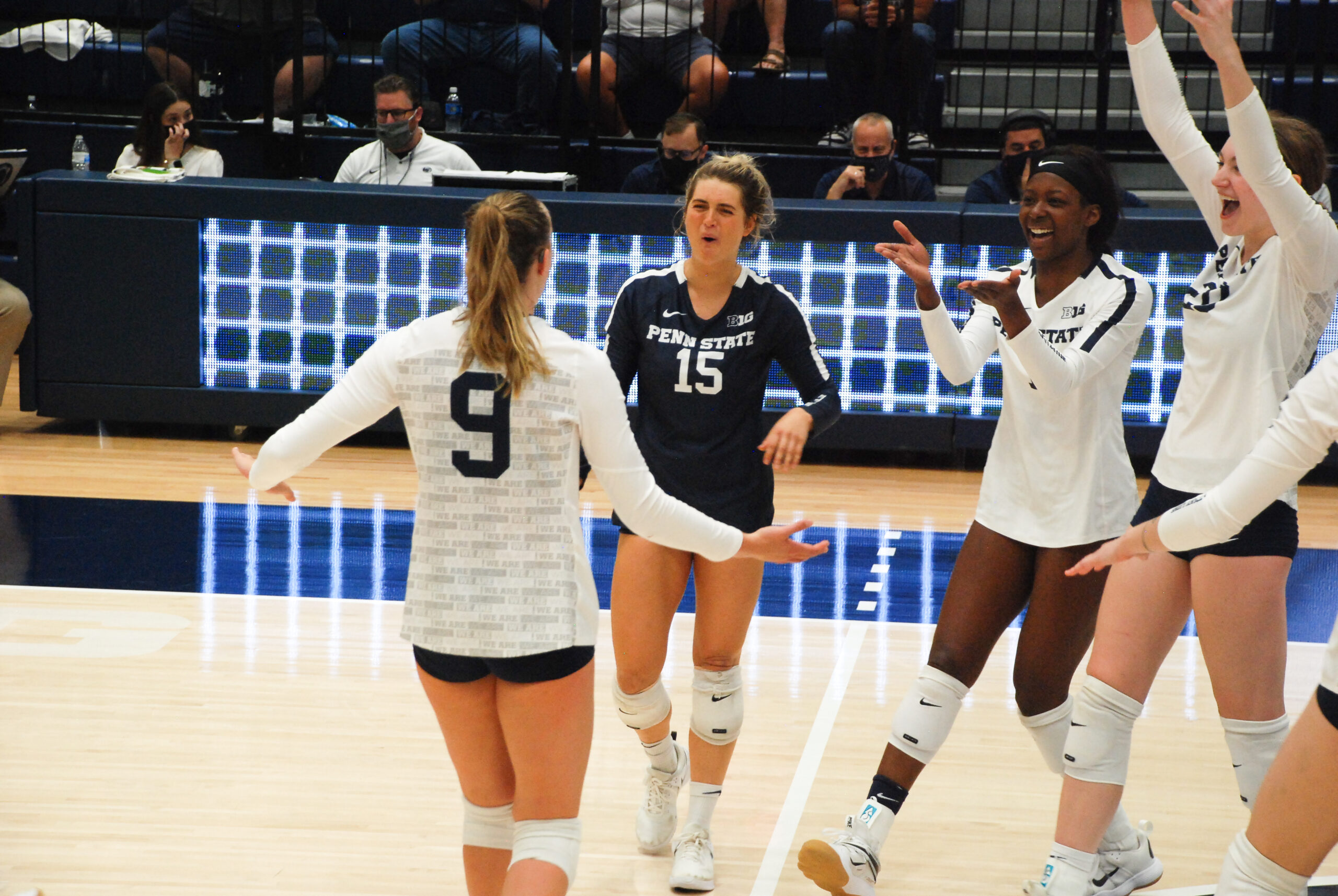 Adanna Rollins and Erika Pritchard made an impact on offense and defense with nine kills apiece and a combined 11 digs in the win. Pritchard and Parker were both outstanding from the service line with seven of Penn State’s nine aces. It was the team’s best serving performance of the season so far.

Penn State middle blockers Allie Holland and Kaitlyn Hord combined for 15 kills and hit .400 or better against the Beavers. They also had four total blocks each to help the Nittany Lions improve to 2-0 at home. Gabby Blossom had a match-high 39 assists and three blocks in another impressive performance from the senior setter.

Russ Rose subbed in Anastasiya Kudryashova at right-side hitter in the third set and shifted Parker to setter for several points. Kudryashova’s height as a blocker at 6-foot-4 is a valuable resource, especially in the Big Ten. Parker spends part of warmups getting reps with Penn State’s other setters — Blossom, Emily Oerther, and Rachel Muisenga.

Rose brought freshman outside hitter Anjelina Starck off the bench toward the end of the match. Hampton praised Starck’s versatile skill set during her press conference earlier this week. The Colorado Springs, Colorado, native was smiling ear to ear in her Rec Hall debut after not playing in the sweep of Iowa State Friday. Full stats can be found here.

The Nittany Lions (4-1) return to Rec Hall Saturday at 8 p.m. when they host LSU (2-2) to wrap up the Penn State Classic. The Tigers split their doubleheader Friday, losing to Iowa State before beating Oregon State.