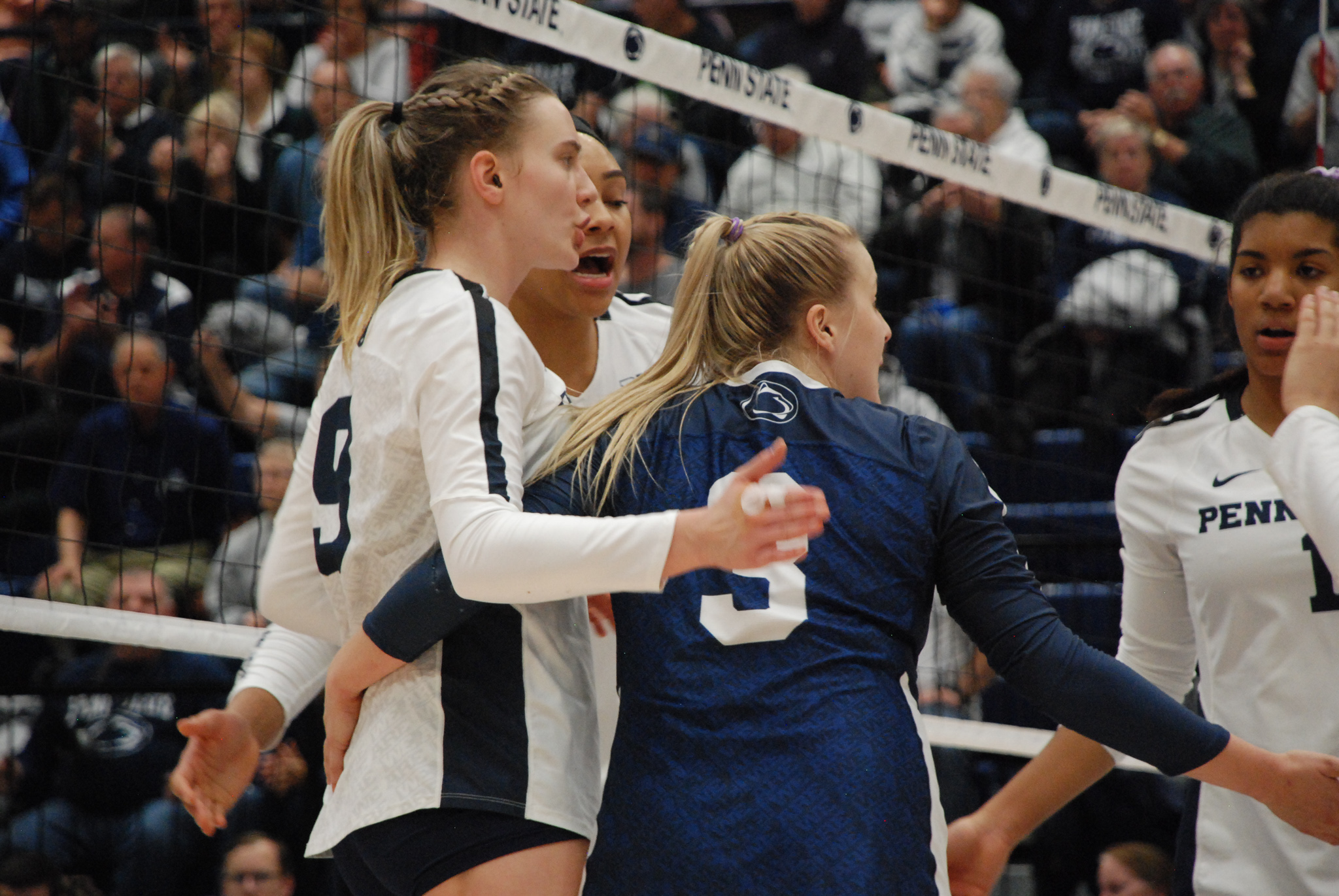 Nyle DiMarco, a model, actor, filmmaker, and deaf activist, showed his support for the first annual Penn State women’s volleyball “Silent Set” match against Michigan State during the 2019 season, and the program returned the favor when it shared what he’s been up to lately as part of his advocacy for the deaf community. The tweet has been widely shared on social media.

Nyle supported our cause with the Silent Set. We hope our fans will take the time to learn about what he is fighting for. https://t.co/9bUC9eOp58

DiMarco, who won season 22 of America’s Next Top Model as well as season 22 of Dancing with the Stars, attended Gallaudet University in Washington, D.C. — a federally chartered private university for the education of the deaf and hard of hearing. The Gallaudet Bison volleyball team visited Rec Hall for the Nittany Lions’ match against Iowa this past season, where they had the chance to meet with Penn State star Jonni Parker, who is also hard of hearing.

Parker was born with a rare condition that allows her to hear only 40 percent in her left ear and 45 percent in her right. She’s worn hearing aids since age 4. It even inspired her sister, Paige, to study audiology. Although she doesn’t like to talk about it much and often shifts the conversation to her teammates, Parker had an incredibly insightful response as a freshman in 2018 when asked how it’s affected her playing style.

While responding to Penn State volleyball’s tweet Wednesday, DiMarco, 31, shared that he used to play competitive volleyball growing up and hopes to join the Nittany Lions for a practice sometime in the future when COVID-19 isn’t a pressing issue.

During the video posted on DiMarco’s Twitter account in 2017, he shared a handful of facts about the deaf community and how important it is for deaf children to have access to sign language before the age of 5. That’s why it’s one of the main focuses of his charitable foundation — The Nyle DiMarco Foundation.

Parker also discussed what it was like for her to host the Bison and get a chance to speak with the players and provide some inspiration last season.

“I think it’s awesome that they were able to come out and come to a game, especially a home game,” Parker said. “Support from anybody is amazing, of course, but to see them there, it meant a little bit more to me. Their coach has always kind of kept in touch with me over the years and it’s nice to have a familiar face in the stands. It was awesome to be able to talk to the girls.”