Led by the always-steady 5-6 Sr. libero Dominique Gonzalez’s 11 digs and Grant’s 5 blocks, the Nittany Lions were just as dominant on defense, as they held Rutgers to a -.039 attack % — the Knights’ low this season in a Big Ten-match.

After the match, Rutgers’ head coach  CJ Werneke had this to say to scarletknights.com:

Penn State is a program measured by final four appearances and national championships and anytime you have an opportunity to play a team of that caliber you are going to learn a lot.  We had that chance tonight to play an elite program and at times we made plays against them. We just didn’t make enough to get it done. 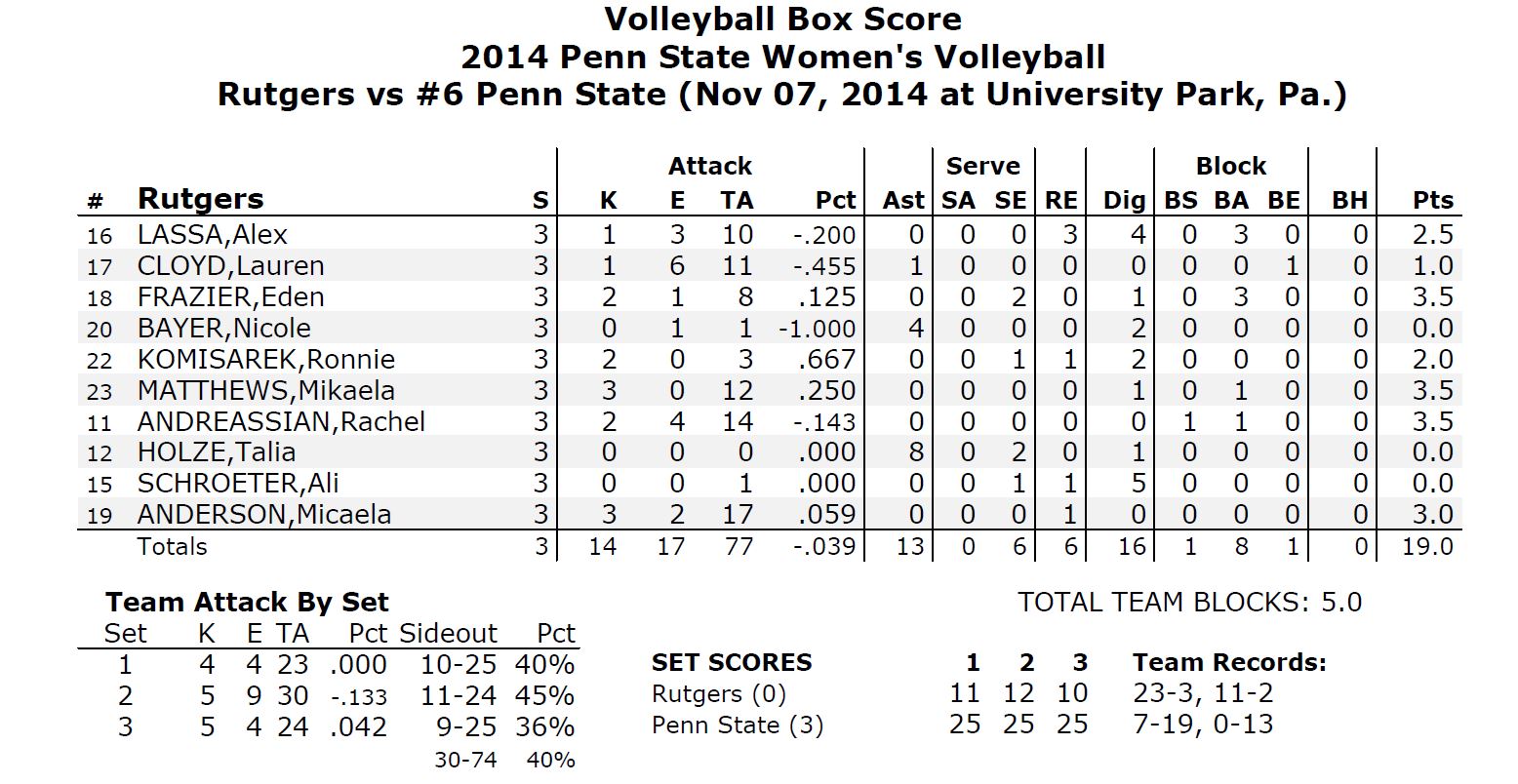 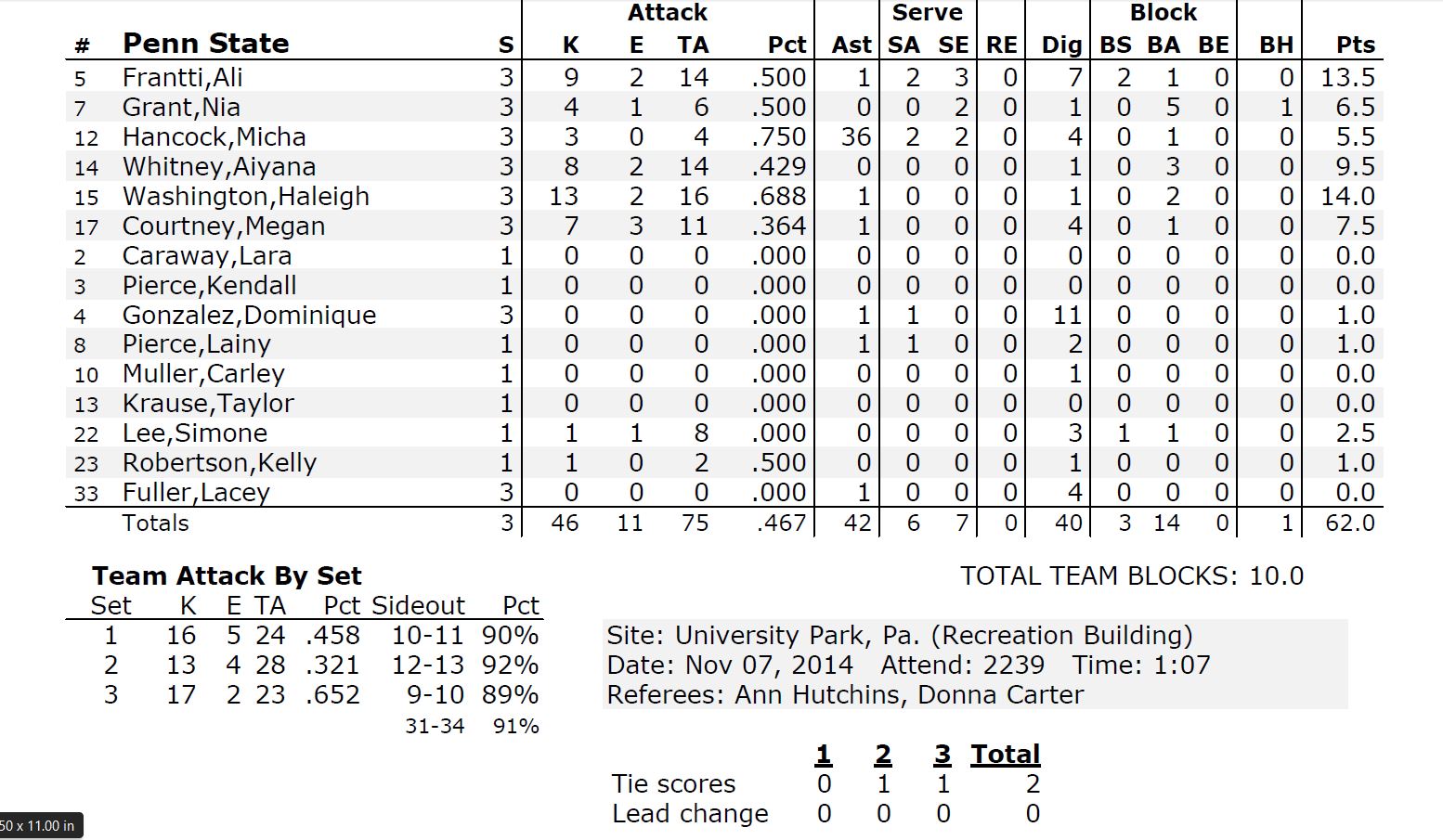