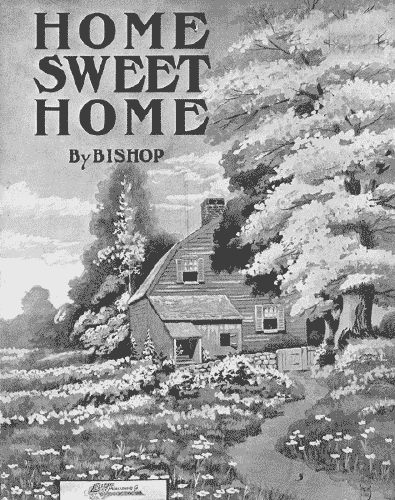 We were curious, so we put together a series of charts looking at the NCAA Tournament performance in the 13-year period from 1998 to 2010, both home and away, of six top teams: Penn State, Stanford, Nebraska, USC, Washington, and Florida. (We would have included Texas, but its website statistics only go back to the 2001 season.)

We were curious as to how these teams had performed over time at home and on the road,  and just how important the home-court advantage actually was (we know there is all sorts of statistical data on this, but we were interested in the specific results for these particular teams).

We didn’t expect to come up with any earth-shaking revelations, and we didn’t.  Our six-team cohort won alot more NCAA Tournament matches than they lost, and they won more when they were at home than when they were away.  As shown in the charts below, their combined NCAA Tournament record was a gaudy 165-20 at home (89.2% wins), and a very impressive, but somewhat more muted 82-40 record in away matches (67.2 wins).

The charts provide graphic evidence of a simple truth: even the best teams get knocked off by an underdog in the NCAA Tournament now and again.  Maybe not very often in the first two rounds (Nebraska was 26-0 in Rounds 1 and 2 during those 13 years, Florida was 25-1, and Penn State and Stanford both were 24-2).  But upsets happen.  To every team.

Case in point? Penn State.  In 2002, #12 seed Penn State lost on its home court to unseeded Temple in the second round of the NCAA Tournament.  Penn State Head Coach Russ Rose had a simple explanation:

They were able to maintain their serve and their pass. We had some opportunities in the second game that slipped away. I hope our younger players will learn from this.

I thought it was a match where, when the games were close they played harder than we did. I thought we kept making way too many mistakes from the end line. It gave them opportunities and they played very hard and had kills at critical times.

There may have been something in the water in 2005, because Penn State wasn’t the only powerhouse to get upset in the 2005 tournament. Unseeded (but 15th-ranked) Santa Clara stunned Stanford, 3-1, on Stanford’s home floor. After the match, Stanford Head Coach John Dunning said:

Santa Clara played well. I’m proud of our team. We went through a lot this year. We didn’t play our best tonight, but give a lot of credit to Santa Clara. It’s a tough way to end the season.

Despite it’s early-round success, Nebraska has seen its share of upsets.  In 2007, #10 seed (6th-ranked) California ended #2 seed (2nd-ranked) Nebraska’s hunt for a second-consecutive NCAA Championship, by sweeping the Huskers in the Regional Final in Seattle. Nebraska Head Coach John Cook had this to say in his post-match press conference:

California played great tonight and certainly put the pressure on us and never let off. I thought our team rallied at times but could never put together a string of points and we didn’t play very well at the end of close games and when you get to regional finals, that’s what you have to be able to do, is put on pressure and play great at the end of games. Cal certainly did a tremendous job of that tonight.

Forgettable outings for USC?  Its second-round home loss in 1999 to unseeded Minnesota probably qualifies, as would unseeded Pepperdine’s 2005 victory over the #12 seed Trojans on USC’s home court.  The 2006 Sweet Sixteen loss to #12 seed Hawai’i might get some dissenters, given that the match was on Hawai’i’s home court in front of a large, partisan crowd.

Washington has experienced both the memorable and the forgettable.  In 2010, the unseeded Huskies pulled off a huge upset in Seattle against #2 seed Nebraska, defeating the Huskers 3-1.  Less memorable outings were in 2007, when unseeded and unranked BYU knocked off Washington in the second round in Seattle (Washington’s first-ever home loss in the NCAA Tournament) and a second round loss in 2009 to unseeded Colorado State in Fort Collins.

People who really understand statistics undoubtedly can tease more meaning from these charts than we can.  We’ll leave the analysis to you.

Florida came close to winning it all during our 13-year period — three Semi-Final appearances — but wasn’t been able to win the NCAA Championship.  But in the process, it still managed to put together a 105 set winning streak and win 130 consecutive regular season conference matches.

In 2000, in John Cook’s first year as Nebraska’s Head Coach, the Huskers became only the second team in NCAA history to finish a season undefeated.  In 2006, they had another stellar season, as they went 33-1, and won the NCAA Championship in the Qwest Center in Omaha, Nebraska, after holding the #1 ranking for the entire season.

2007 wasn’t quite as successful, as #10 seed California defeated #2 seed Nebraska in the Regional Final.   In 2010, Nebraska was again upset, this time in the Regional Semifinal in Seattle, by unseeded Washington, 3-1.  A controversial call at the end of the fourth set led to a heated exchange between the two coaches after the match.

I thought we took some balls at critical times and made some mistakes. Tennessee kept the ball in play and didn’t have any fear when they gave us free balls in the first game. We gave them five points on three missed serves and two free balls. Is that our best team and our best match, I don’t think it is. We have to give credit to our opponent and hope the younger players get better and the new kids understand the importance of working hard and doing a little better than the last group. . . .  The performance wasn’t based on anything other than the other team played a little harder and we had some young people that didn’t play as well. When you depend on freshmen, you sometimes live and die by what happens. I’ve been on the winning and losing end both times. I understand how it is.

Things turned around in 2007, the start of what has turned into four consecutive NCAA Championships.

Stanford appeared in seven NCAA Finals during the 13-year period, winning two NCAA Championships — including in 2004, when the #11 seed Cardinal became the lowest seed ever to win the national title.

On the flip side, Stanford fell victim to the upset pandemic in 2005, as it lost to unseeded (but 15th-ranked) Santa Clara 3-1 in Maples Pavilion in a second round match.   The win was Santa Clara’s first over Stanford in 20 matches.

USC certainly made the most of its NCAA Finals opportunities — two appearances during our 13-year period, with two victories.

It also suffered its share of upsets.  In 2005 (that dread year), unseeded Pepperdine defeated #12 seed USC on the Trojan’s home court.  USC was upset again in 2006 (at least in terms of losing to a much lower seeded team), when #12 seed Hawai’i downed the Trojans 3-2 in Honolulu.

In 2005, in the Alamodome in San Antonio, Texas, Washington defeated #1 seed Nebraska 3-0 to become the second NCAA Women’s Volleyball Champion in history to sweep each of its opponents (Texas was the first, in 1988).  Washington’s Head Coach Jim McLaughlin, who had led USC to the 1990 men’s NCAA Championship, became the first coach in NCAA history to win an NCAA Championship in both men and women’s volleyball.