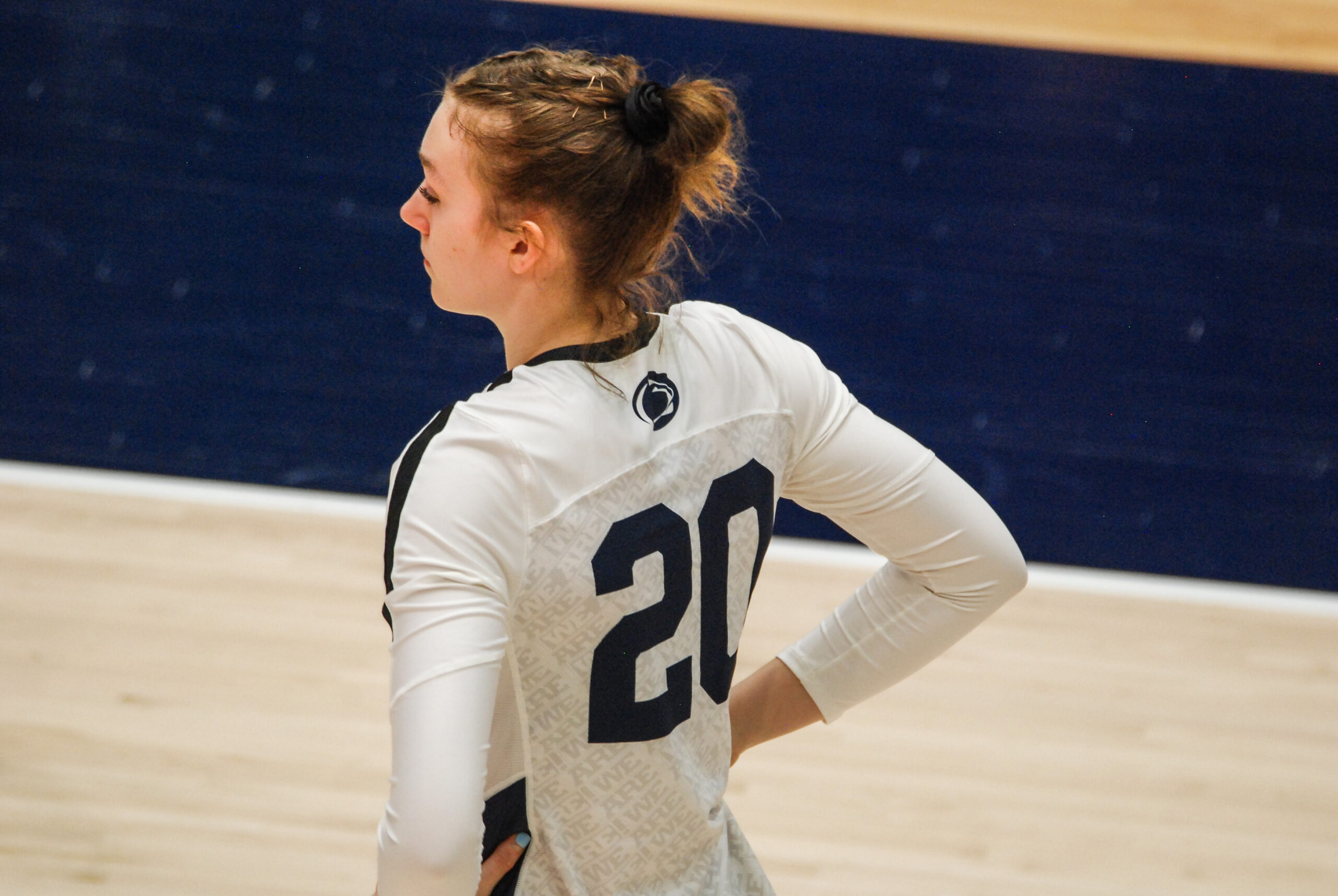 Allie Holland excelled in her first career start at middle blocker for the Nittany Lions in Wednesday’s loss to Ohio State.

The Hilliard, Ohio, native had eight kills, two blocks, zero attack errors, and led the team with a .615 hitting percentage against the Buckeyes. Holland’s physicality at the net and positive energy were immediately evident.

“I thought Allie did a nice job,” Russ Rose said. “She scored well. She hit .600 and had a couple blocks. That was a nice performance for her. She’s a freshman. We needed her to go in and play today and I thought she did a nice job and represented herself well.”

Serena Gray went through pregame warmups but didn’t play against the Buckeyes, who improved to 12-0 on the season. Holland certainly made the most of her opportunity when called upon to start alongside Kaitlyn Hord.

“It was very exciting,” Holland said. “Obviously, the game was a little disappointing. I had a little nervous energy going on, but I’m learning from the best, Serena and Kait. I mean, I’ve been their biggest fan since I was 15 years old. It’s an honor to play here and to play with those girls. I’m ready to get back this weekend.”

Holland made her Penn State debut in last Saturday’s sweep of Indiana and tallied four kills. She’s taken 22 swings so far for the Nittany Lions and has yet to record an attack error. Holland has a solid serve, too. She highlighted an area of focus for her in practice lately.

Holland, who played for Hilliard Bradley High School and Elite VBTC, was originally committed to the University of Tennessee before deciding she wanted to join the Nittany Lions and compete in the Big Ten.

Junior setter Gabby Blossom discussed Holland’s impact in last Saturday’s win over the Hoosiers and what impresses her about the freshman.

“Allie’s awesome,” Blossom said. “She has great energy. As a setter, she is a middle who’s always up and ready for the ball, talking, and letting me know she’s there. For her first match, I think she was amazing. I give her so much credit for that win. She’s definitely a really good volleyball player and an even better teammate.”

Regardless of whether Gray is available for this weekend’s series against Purdue, Holland has positioned herself to be a significant part of Penn State’s rotation the rest of the season. Hord offered her take on Holland’s game a few weeks ago.

“Allie is a monster blocker,” Hord said. “She’s huge. She’s very confident in her skills, which is something great coming from a freshman. She’s a very good blocker.”