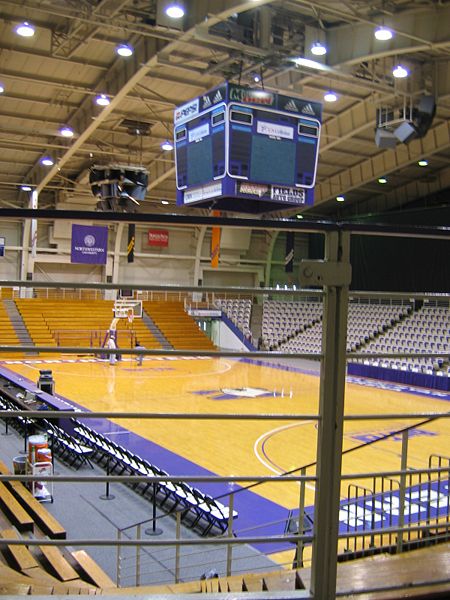 What: Penn State vs. Northwestern

Tonight, the Penn State women’s volleyball team takes on Northwestern University in Evanston.  It’s a Purple Out, according to Northwestern’s press release.  We are agnostics when it comes to fashion.

Following last night’s 3-0 (25-21, 25-23, 28-26) loss to Illinois, the Nittany Lions are  18-7 overall record (11-4 in the Big Ten).  Earlier this season, the Wildcats nearly pulled off an upset in Rec Hall, pushing the then-No. 8 Nittany Lions to five sets.  Against Illinois, Penn State had its moments (a 6-2 lead at the start of the first set), but any way you slice it, they were swept by a very talented Illinois team.  Freshman Micha Hancock led the team with three service aces, but had five service errors. Deja McClendon had 17 kills and hit .350, so she seems to be officially out of her “slump,” but Ariel Scott only hit .057 in registering 7 kills (she did have 11 digs). Ali Longo’s 17 digs led the team (the Penn State recap said she led the team with 17 kills, which certainly caught our attention).  Penn State hit .248 for the match — not far off its season average — but Illinois hit an eye-popping .340.

The best of the dramatics were saved for the final set. As Caroline Niedospial (Chicago, Ill./Marist) raised her right arm to launch a serve for match point with her team leading, 14-13, Welsh-Ryan Arena completely went dark. The lights had momentarily gone out after a power outage in the Evanston area and the teams were forced to sit through a lengthy delay. When play resumed, the freshman calmly raised her arm yet again and this time delivered a match-winning ace for the Wildcats.  . . . Niedospial was not the only hero on the night for Northwestern. The Wildcats got monster efforts from Julie Chin (Naperville, Ill./North), who had a career-high 29 digs, and from Holthus, who led all players with 25 kills, one shy of her own career best and from Hannah Crippen (Plainfield, Ill./North) who tallied a personal-best 14 kills and achieved a hitting percentage of .323 (14-4-31).

Northwestern will be on an uber emotional high after that win.  If Penn State can’t regroup and focus, it could be a very tough, very short night for the Nittany Lions.

We’ve included statistics for both teams in our Stat Joust section, below, comparing there statistics and rankings for  Big Ten matches only (prior to last night’s matches).  What is striking from these statistics, is how close Penn State and Northwestern are in several of the statistical categories. There’s a big disparity in team hitting percentage, but in opponent hitting percentage, the two teams are wedged right together at #4, and #5, as they are in blocking (#2 and #4) and service aces (#1 and #3). If both teams ring up statistics like that, it will be a great defensive battle.  Scroll down and take a look.

The statistics speak for themselves, though we’d like to point out the obvious: Micha Hancock, Katie Dutchman, Anna Dorn, and Nia Grant are very talented freshmen.