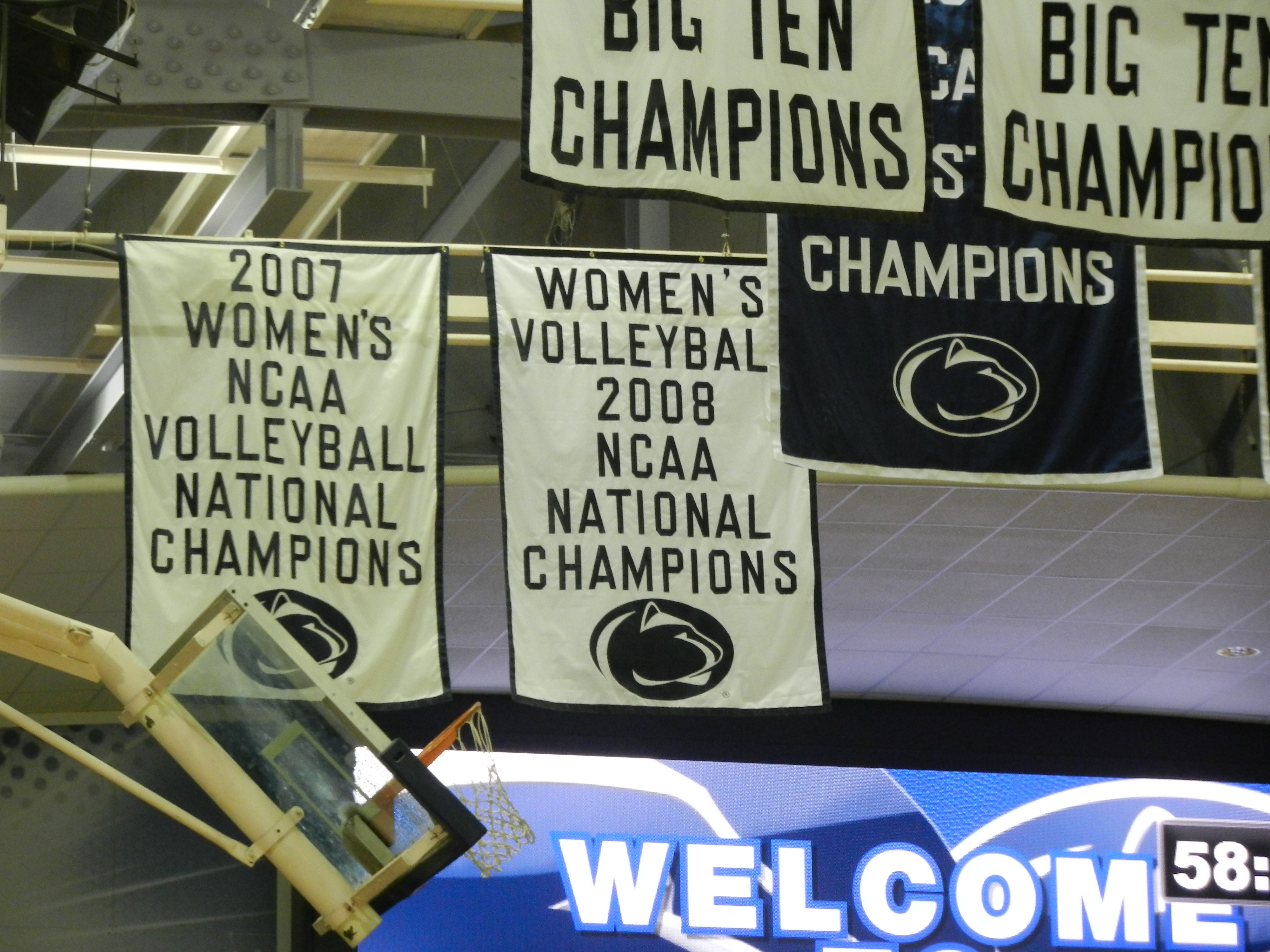 Join the conversation on the DigNittanyVolleyball Forum. 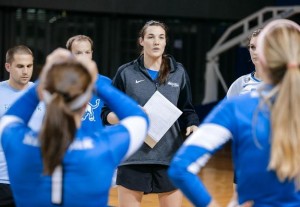 Head Coach Russ Rose is starting his 37th season with four returning starters and 12 letter winners overall from the 2014 NCAA national championship team.  To the surprise of almost no one, the AVCA 2015 preseason poll, out on August 12th, had Penn State ranked #1 (for our story and a link to the complete AVCA poll, Click Here).  But preseason polls generally are more about the previous season than the upcoming one, so Coach Rose isn’t putting a lot of stock in that ranking.  (On that point, see Lionsfan’s article “Penn State’s No. 1 – But What Does the AVCA Preseason Poll Really Tell Us About Who Will Win the NCAA Title?”).

The two leading candidates to replace Hancock are 6-0 RS Fr. Bryanna Weiskircher, ranked by PrepVolley.com as the #13 Senior Ace for 2014, and Wilma Rivera, a 5-8 Fr. from San Juan, Puerto Rico.  Both should see playing time Friday night and throughout the weekend.  We might even see a 6-2 (though we doubt it).

At OH, 6-2 Sr. Megan Courtney (who earned Most Outstanding Player for the 2014 NCAA Championships after having been overlooked for any B1G awards) is back for a final season at Penn State.  She’ll be joined by 6-2 Ali Frantti (AVCA Freshman of the Year and an AVCA 2nd-Team All-American), and 6-1 Simone Lee, along with 6-2 Nia Reed (who redshirted last season after being ranked as the #12 Prepvolleyball.com Senior Ace in 2014).

At RS/Opp 6-3  Aiyana Whitney appears likely to reprise her outstanding 2014 season, when she ranked 2nd on the squad with 2.95 kills/set and 4th with an attack % of .353.  Incoming 6-3 Fr. Jelena Novakovic is highly-regarded, and will see time this weekend, but she will be a freshman, and Aiyana Whitney is Aiyana Whitney.

6-3 So. Haleigh Washington returns at MB, as does 6-2 So. Heidi Thelen.  They will be joined by 6-2 Fr. Tori Gorrell, from  Oakville, Ontario, Canada.

Who will fill the other MB slot? Your guess is as good as ours.  In addition to Thelen and  Gorrell, it’s possible Aiyana Whitney could see time in the middle.

You can safely pencil in Haleigh Washington for one starting position.  After that? We’ll see on Friday night, and as the season progresses.

In the backrow, Coach Rose will be choosing from several players:  5-5 Sr.   Kendall Pierce has the most experience, but her sister Lainy, a 5-6 DS, So.,  5-6 Jr. Taylor Krause, 5-4 Jr. Laura Broerman,  5-7 Jr. Carley Muller, and 5-4 Sr. Lara Caraway have all seen playing time and will all be in the conversation for playing time in 2015.  Incoming 5-5 Fr. Keeton Holcomb will also be in the mix.  Our money is on Kendall Pierce at libero.  But it’s a guess, and for the other DS roles, we won’t even venture a guess.

Just after Penn State Head Football Coach James Franklin was hired — maybe even the day after he was hired — he made an appearance at the Penn State Women’s Volleyball post-season banquet.  He didn’t exactly promise to come to future volleyball matches (he may have said something like “what a great program!”) but we could tell that he really, really wants to come and see the team play.

We think all he needs is some encouragement.  Join us on Twitter to give him that encouragement.  Coach Franklin, we hope to see you in Rec Hall Friday night, or Saturday night — or both!