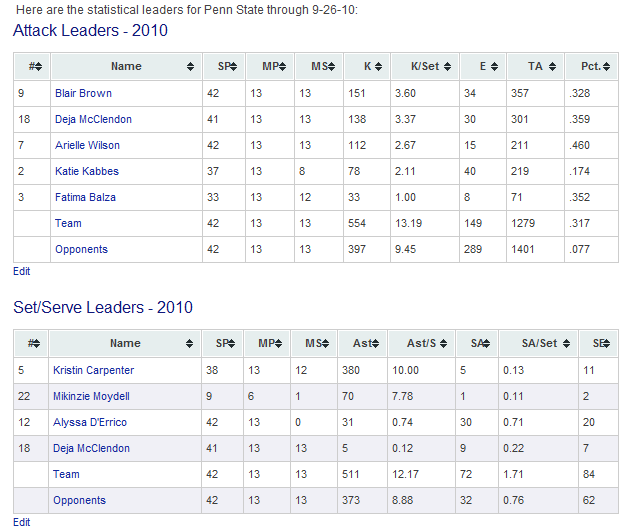 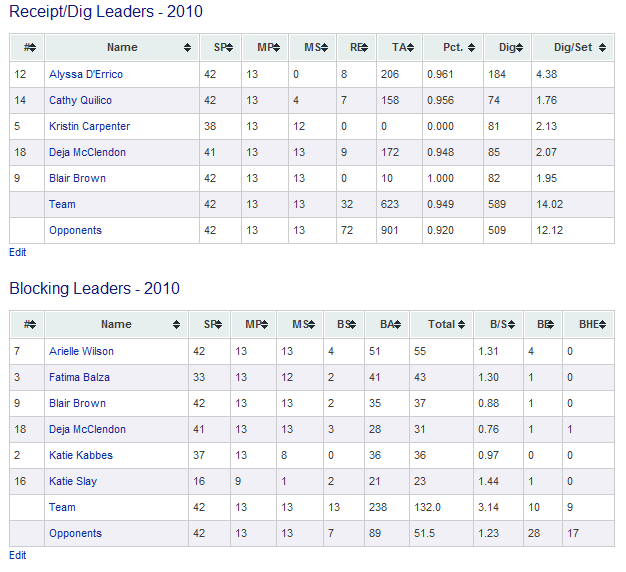 Here are the cumulative statistics for Michigan State through 9-26-10: 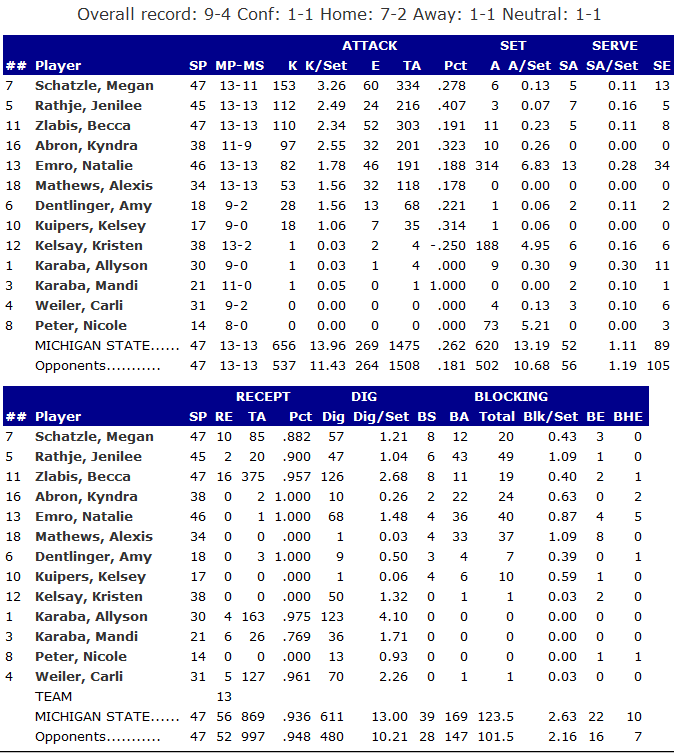 Big Ten Stat Joust – Team (as of 9-26-10)
Here’s how the Spartans and the Nittany Lions rank in selected statistical categories in the Big Ten (all opponents): 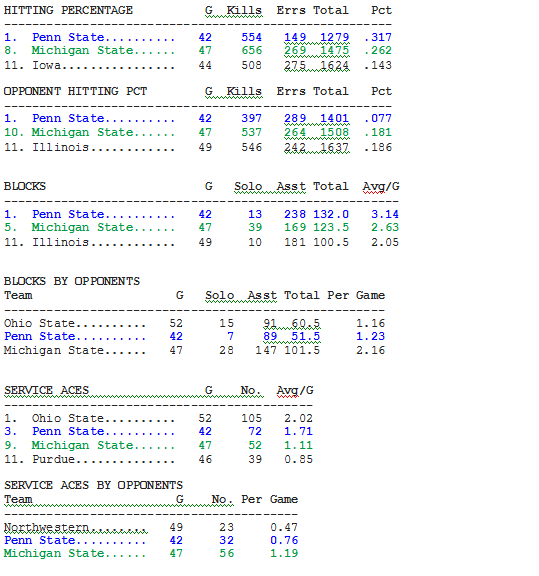 Stat Joust – Individual (as of 9-26-10)
Here’s a listing of Penn State and Michigan State players that are among the leaders in the Big Ten in various statistical categories (all opponents): 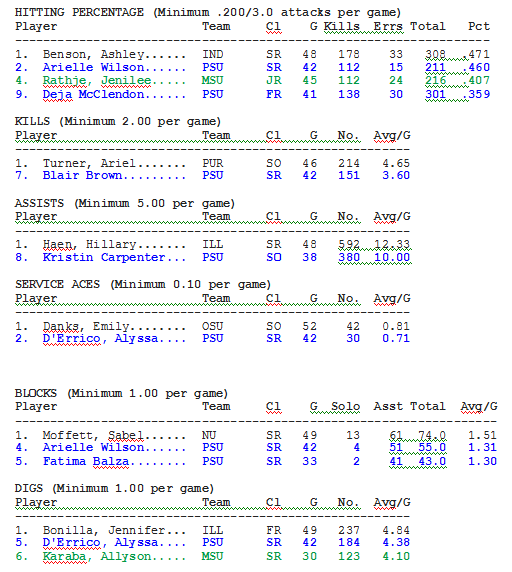 MSU Roster (Click on names to get to bio)

Penn State Roster (Click on names to get to bio)

A Reminder to Fans: Be There for The Greatest Show in Blue and White.™
Before the George Washington Match, we urged Penn State fans to come to the match, to stand and cheer the Nittany Lions when they came out for warmups, and to make Rec Hall look something like this:
And almost 4,000 fans did just that — a great crowd that showed great spirit and support throughout the match.  Well done, Penn State fans, well done!  But we think you can do better.  Both of Penn State’s matches last weekend drew more fans than that — almost 5, 500 for Wisconsin.  So, lets sell out the house for Penn State Women’s Volleyball — The Greatest Show in Blue and White.™  (Hey, we’re fans).