It was match in which both teams played with heart, and neither team gave an inch.  But in the end, there was One Team.  Penn State.  Great job, and many thanks!

It was a night in which it wasn’t always pretty, but led by Ariel Scott (a match-high 21 kills), Katie Slay (14 kills), and Deja McClendon (11 kills, 8 digs) (all of whom were named to the NCAA All-Tournament team), and NCAA Tournament Most Outstanding Player Jr. setter Micha Hancock, Penn State clawed their way back in the fourth set and walked off with the Championship trophy.  6-2 So. Megan Courtney and 5-6 Jr. libero Dominique Gonzalez paced the defense for the Nittany Lions with 20 digs each (Micha Hancock had 16).

Here are video highlights from the NCAA: 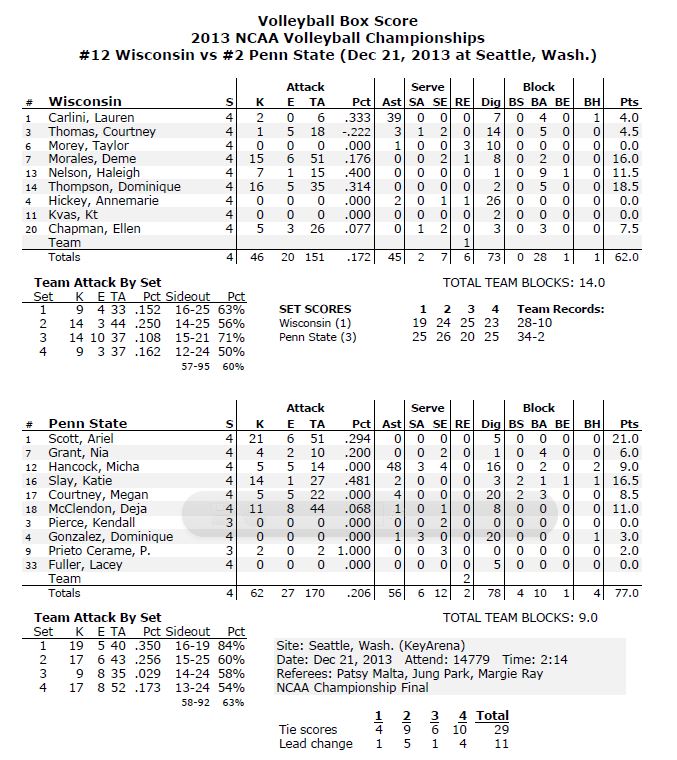