Here’s a writeup on Penn State’s sweep of Princeton from goprincetontigers.com:

Sophomore Jennifer Palmquist continued the strong start to her 2010 season by being named to the all-tournament team at the Penn State Classic. Despite her efforts, the Princeton women’s volleyball team left the four-team tournament winless, including a defeat at the hands of the three-time NCAA champion.

Princeton, which fell to St. John’s in Friday’s tournament opener, took on the second-ranked Nittany Lions in a Saturday morning showdown at Rec Hall. Penn State showed its championship form, winning 25-8, 25-8, 25-13 to stay unbeaten for the weekend. The Princeton offense was no match for the taller, athletic defense; the Tigers hit -.048 in the match and was held to fewer than 20 kills for the match. Palmquist led all Tigers with five kills, while junior Michaela Venuti had 10 assists and five digs.

Here are the complete match statistics, courtesey of gopsusports.com: 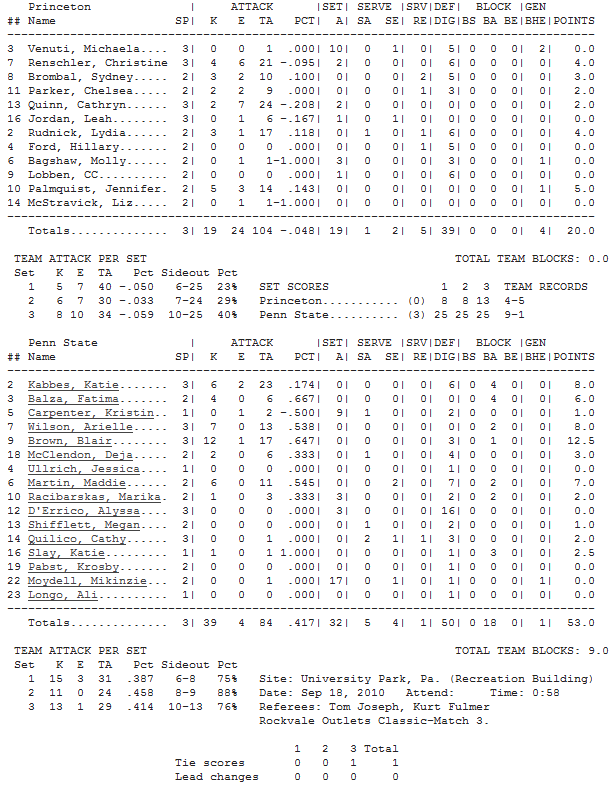