We are appreciative of all the fans that came out tonight.  I am real pleased about that. I think we played well and there really weren’t any areas that were worrisome tonight.

When Russ Rose spoke after Penn State’s 3-0 (25-18, 25-16, 25-14) win over #14 Ohio State Wednesday night, it was unusual — Rose almost never speaks to the media after a Penn State match.  Then again, why not?  Penn State played a solid match all around, the crowd was enthusiastic even without Penn State’s awesome band and “Russ’s Rowdies” cheering section (we miss you, students!), so why not give credit where credit was due? 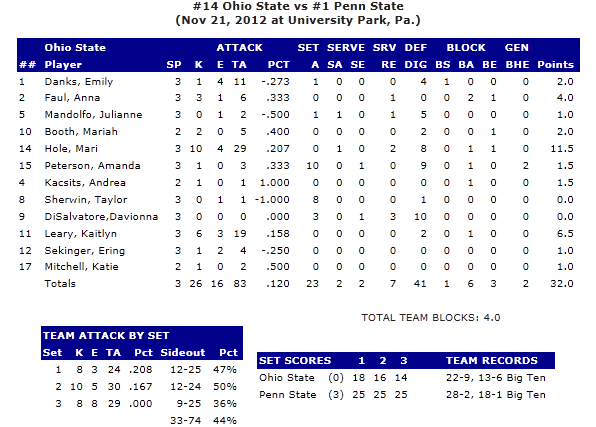 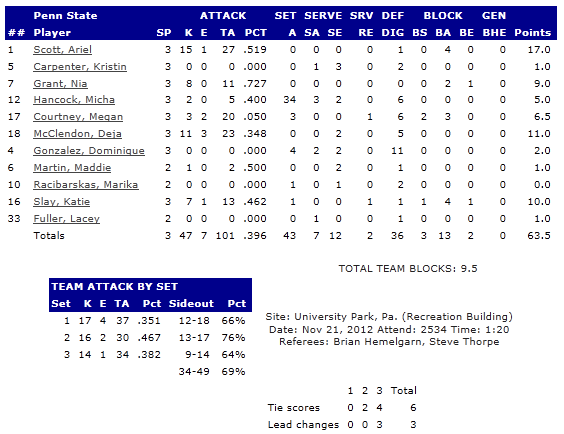