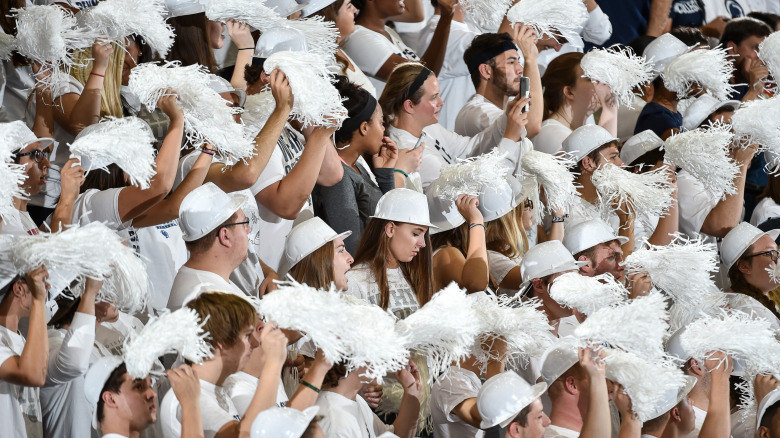 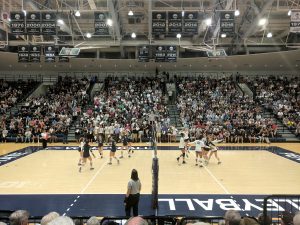 Penn State saw senior Haleigh Washington (Colorado Springs, Co.) lead the team in kills for the first time this season, as the middle blocker put down a game-high 11 kills on an impressive clip of .647. She also added four blocks and two service aces to her stat line.

Fellow senior Heidi Thelen (Edgewood, Ky.) proved to be a key contributor in the Nittany Lions’ victory. The middle blocker led the team with six blocks, including two solos. Her most important solo block was the set and match point as she stifled the Illini attack. Thelen was also effective on offense, putting down five kills on eight attempts without an error for a hitting percentage .625.

I thought it was a typical Big Ten match where two teams are exchanging things they do well.  I thought we started well, played two games well, and in the third game, the setter missed a couple of serves, and [we made] a couple of errors, and all of a sudden you’re in a match that you thought you had a little better control of.  But Illinois is always a tough team to play, and [6-3 Jr. MB Ali] Bastianelli and [6-2 Jr. setter Jordyn] Poulter are a tough tandem to handle.  I thought Haleigh [Washington] played exceptionally well offensively today.

On substituting Bryanna Weiskircher in for Heidi Thelen, late in the third game

I didn’t have any more time outs, and I thought if we could get a good pass, she’s accustomed to playing on the front row.  I thought if I had to, I could put Heidi back in to block, and I did.  If we’d have scored the point, I’d have put [Bryanna] back in to set again.  But the setting got a little crazy at the end of the third game.  But it’s nice to win, it’s great to be at home and have a nice crowd.  The student section is very helpful.  We’re very appreciative of the people who care enough to support the program.

Heidi was our leading blocker tonight — that’s why she’s in there.  Last week [Nebraska] was scoring at will over that position [right-side], and we put her in and I think she’s done a nice job there.  It also gives us an opportunity to move her and Haleigh around when they’re next to each other — Haleigh is a very strong right-side blocker as well.

On her message to the team late in game 3

Settle down, we just need to finish.  The problem was we just got caught in that one ro[tation] and when it gets like that, people get crazy.  So if we can just settle down, play it one point at a time, that was kind of how we did it.  And it was still frantic, and we definitely didn’t play our best at the end, but we managed to get through it, and we’ll rest up and be ready for tomorrow.

Chill out — similar to what I said at the end of the third set [against Illinois]. . . . A lot of people say “don’t pregame the slow jams” I did that.  I put on my slow jams.  I relaxed.  And you just focus on the game.  You come to this school to play the game you love, and that’s what it came down to — just chillin’ out.

She’s a phenomenal blocker, and she has been all three, four years she’s been around. [Editor’s note: this is her third year; it just seems like four].  She’s a solid girl, she’s got great form, she gets her hands over the net, low and over.  We knew that coming in, and we wanted to avoid her as a blocker.  It worked well with the way the coaches set up our lineup — I was hitting over one of their smaller middles, so that was good.  But Bastianelli’s just a great blocker.  Good athlete. 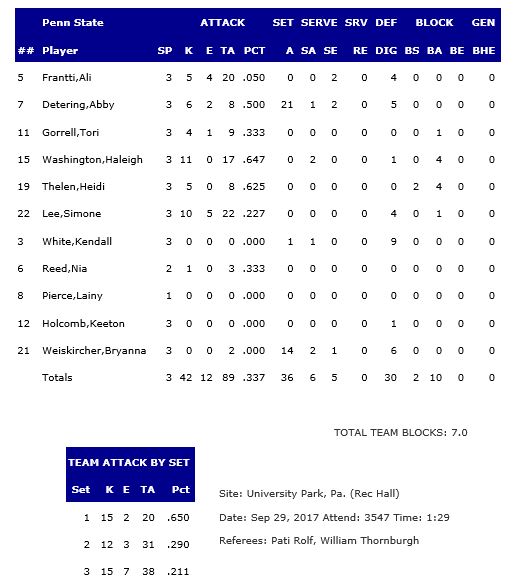